The University of Tokyo said Thursday it has accepted two Ukrainian researchers who can no longer work safely in the Eastern European country following Russia's invasion, now into its second month.

The university, considered one of the most prestigious in Japan, said it is welcoming the two women as visiting researchers, one of whom has already arrived in the country. They are the first beneficiaries of the university's relief program created last month to support students and researchers fleeing the war-torn nation. 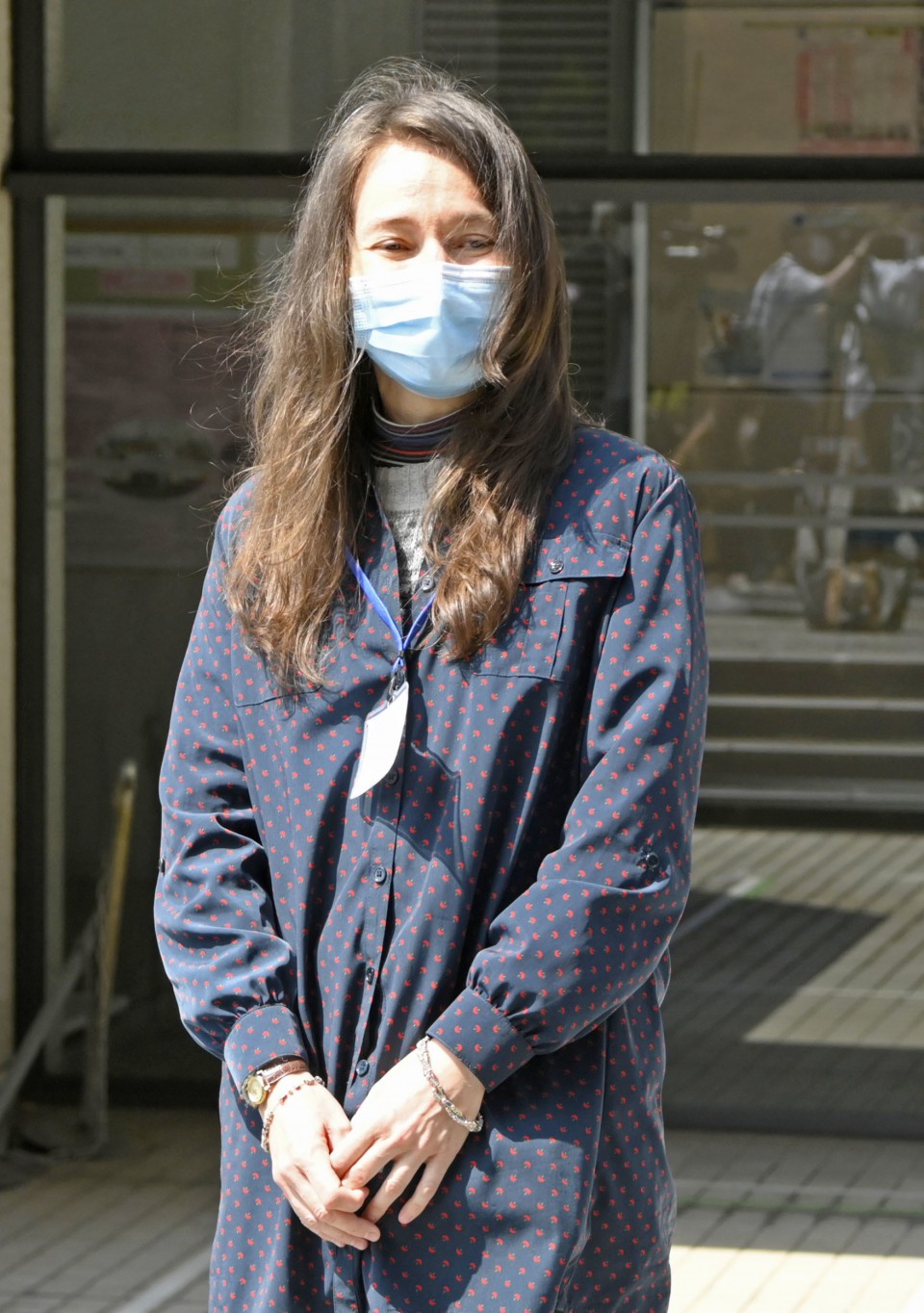 Iryna Petrychenko, a Ukrainian researcher accepted by the University of Tokyo under a special support program, speaks to media at the university's Hongo campus in Tokyo on April 21, 2022. (Kyodo)

Iryna Petrychenko has arrived in Japan, while the other researcher has yet to land.

The Japanese government has been accepting evacuees as part of a humanitarian assistance program offered to those fleeing the war in Ukraine. The university is among academic institutions to have joined in that effort.

Speaking in fluent Japanese to reporters at the university's Hongo campus in the capital's Bunkyo Ward, Petrychenko said she is "deeply grateful for the kindness" shown, as her "life has been derailed by the war."

A researcher on Eastern studies at Kyiv National Linguistic University, she has studied in Japan in the past. Petrychenko arrived in Japan on March 21 and is now staying at accommodation provided by the Tokyo metropolitan government.

Masashi Haneda, director of Tokyo College at the University of Tokyo, expressed his resolve to create an environment in which "researchers can settle down and continue their activities."

The university's emergency relief program for those at risk in the wake of the invasion is open to all students and researchers, regardless of nationality, until March 31, 2023.

Under the scheme, the university will shoulder travel expenses of the students and researchers and provide 80,000 yen ($620) per month as a living allowance, on top of free accommodation and workspace.

The university has set up an emergency relief fund to help pay for its efforts and is soliciting donations.