A Japanese court Tuesday ordered West Japan Railway Co. to posthumously return 56 yen ($0.45) it had deducted from the pay of one of its train drivers over a one-minute delay in 2020.

While the Okayama District Court ruled that the pay cut by the Okayama branch of the operator known as JR West was unjustified, it dismissed the man's additional claim for 2.2 million yen in compensation for emotional distress. 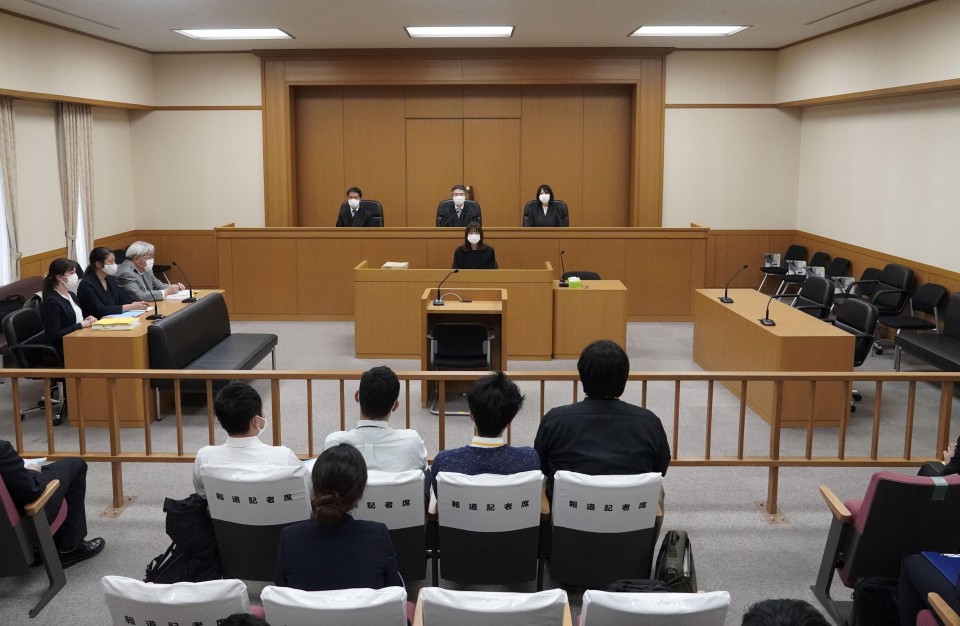 Photo taken April 19, 2022, shows the Okayama District Court where a train driver was awarded 56 yen in docked wages over a one-minute delay. (Kyodo)

The one-minute delay constituted labor and was therefore subject to the payment of wages as the man realized his error and moved immediately to correct it, the court said.

JR West revised in March a practice in which mistakes resulting in train delays would be treated as time not worked by the employee at fault but said it had been planning to make the revision even before the lawsuit.

The company said it "sincerely accepts the ruling" and has no plans to appeal.

According to the complaint, while on duty at JR Okayama Station, western Japan, in June 2020, the man waited at the wrong platform for an empty train he was tasked with moving to the depot, causing the work to be completed two minutes late.

JR West originally deducted 85 yen from the man's wages for the two-minute delay claiming he did not perform any labor during that time but reduced it to one minute following advice from the Okayama labor standards inspection office.

In March 2021, the man sued his employer, claiming that the one minute was included in his working hours.

JR West had attempted to settle out of court but was unsuccessful.

The man was in his 50s and died of an illness earlier in the year, according to a person familiar with the matter.