The artist visited as part of her "Local Power Japan" project, in which she spotlights various regions of her home country through collaborations with local businesses.

Four stores will carry Kyary Pamyu Pamyu-inspired goods and merchandise with the aim of stimulating commerce in the historic Japanese American neighborhood as Southern California continues to recover from the global COVID-19 pandemic. 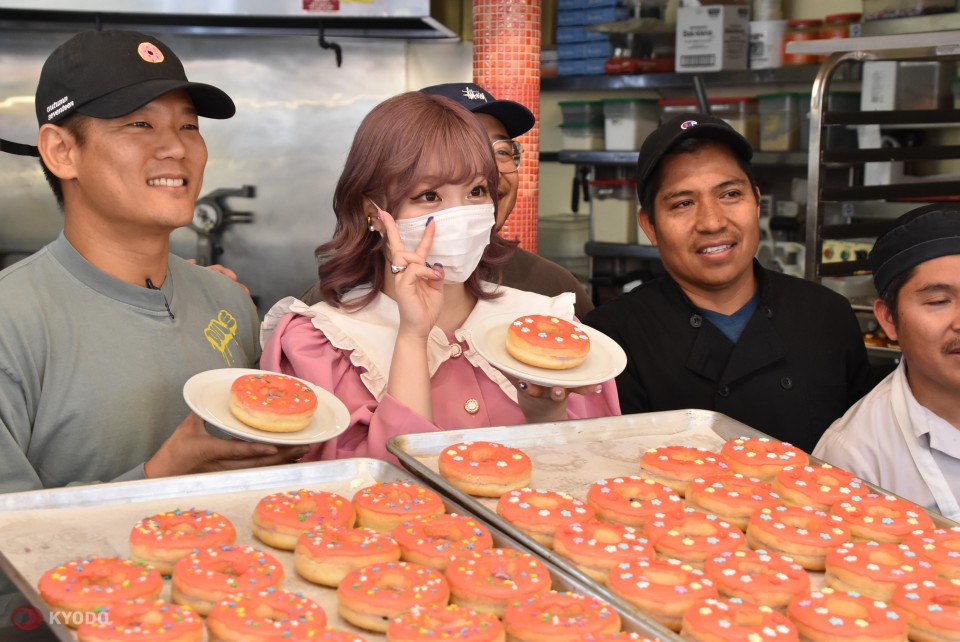 "I had heard that Little Tokyo had been heavily affected by the pandemic, and I wanted a way to cheer the community up, especially being Japanese, so I decided to bring the "Local Power Japan" project here," said Kyary P. "Seeing all the people while walking around Little Tokyo and meeting the business owners today, I really felt how much the community wants to revitalize itself."

Portions of the proceeds from sales of a limited edition T-shirt, which combines Kyary P's flying shark logo with Little Tokyo's Japanese Village Plaza fire tower landmark, will go toward supporting the Little Tokyo community. The T-shirt will be available only at the Bunkado gift shop. All the other items are of the edible variety.

Fugetsu-Do Confectionery, a wagashi shop that has been around since 1903, will offer Kyary P's mochi filled with blueberry and strawberry flavored bean paste decorated with hearts.

While Cafe Dulce has blueberry mascarpone-filled donuts playfully decorated with star sprinkles, arguably the cutest of Kyary P's creations is the cream-filled bread sporting a bear's face and a pink ribbon at the Okayama Kobo Bakery and Cafe. 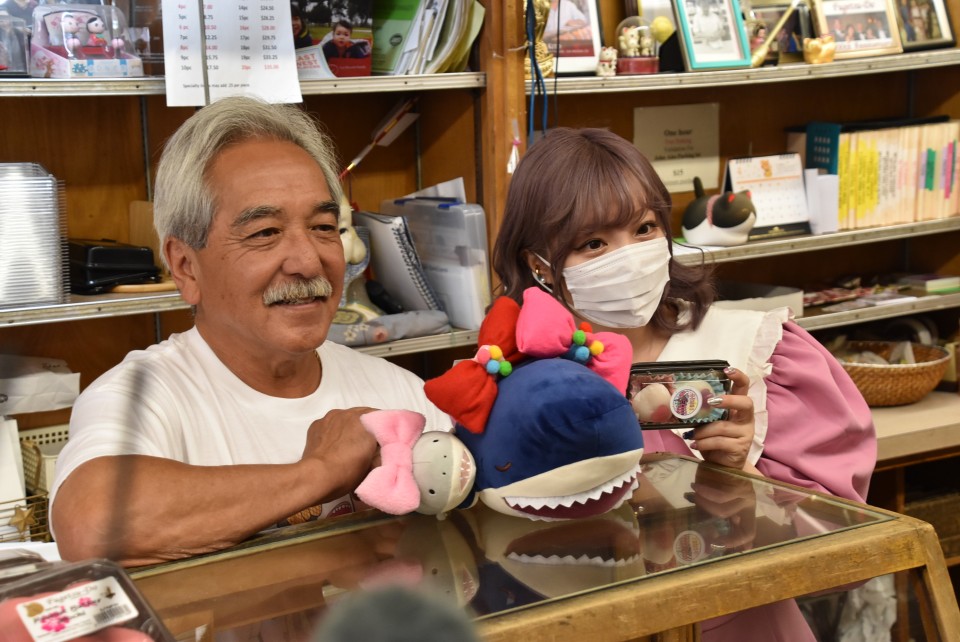 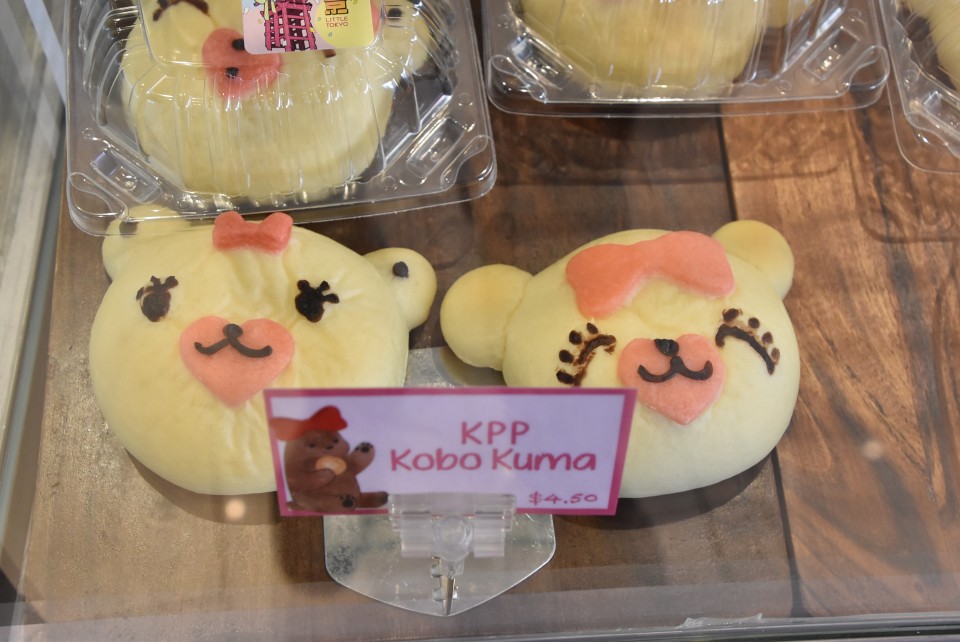 Earlier, Kyary P, whose real name is Kiriko Takemura, performed for the first time at Coachella alongside major artists such as Billie Eilish and Megan Thee Stallion. The hugely popular annual event has become one of the world's largest and most successful music and art festivals since beginning in 1999. Kyary P also headlined a show at The Fonda Theatre.

"At Coachella I really felt that a large portion of the audience members were coming to enjoy the music for the first time. But the show last night was full of longtime fans who sing along with music," she said.

The singer later returned to the Coachella stage for the event's second and final weekend, but for fans who missed out on seeing her live this time around, she plans to be back in 2023. "I hope to do a world tour next year so I hope to return to Los Angeles then."

By performing live in the United States, she wants to help pave the way for more J-pop stars to enjoy success here. "Of course I would love for J-Pop to gain the popularity that K-Pop currently enjoys in the U.S. I hope people who start off by listening to my music become interested in more J-Pop artists. However, my music is quite unique and not many J-Pop artists dress like me." 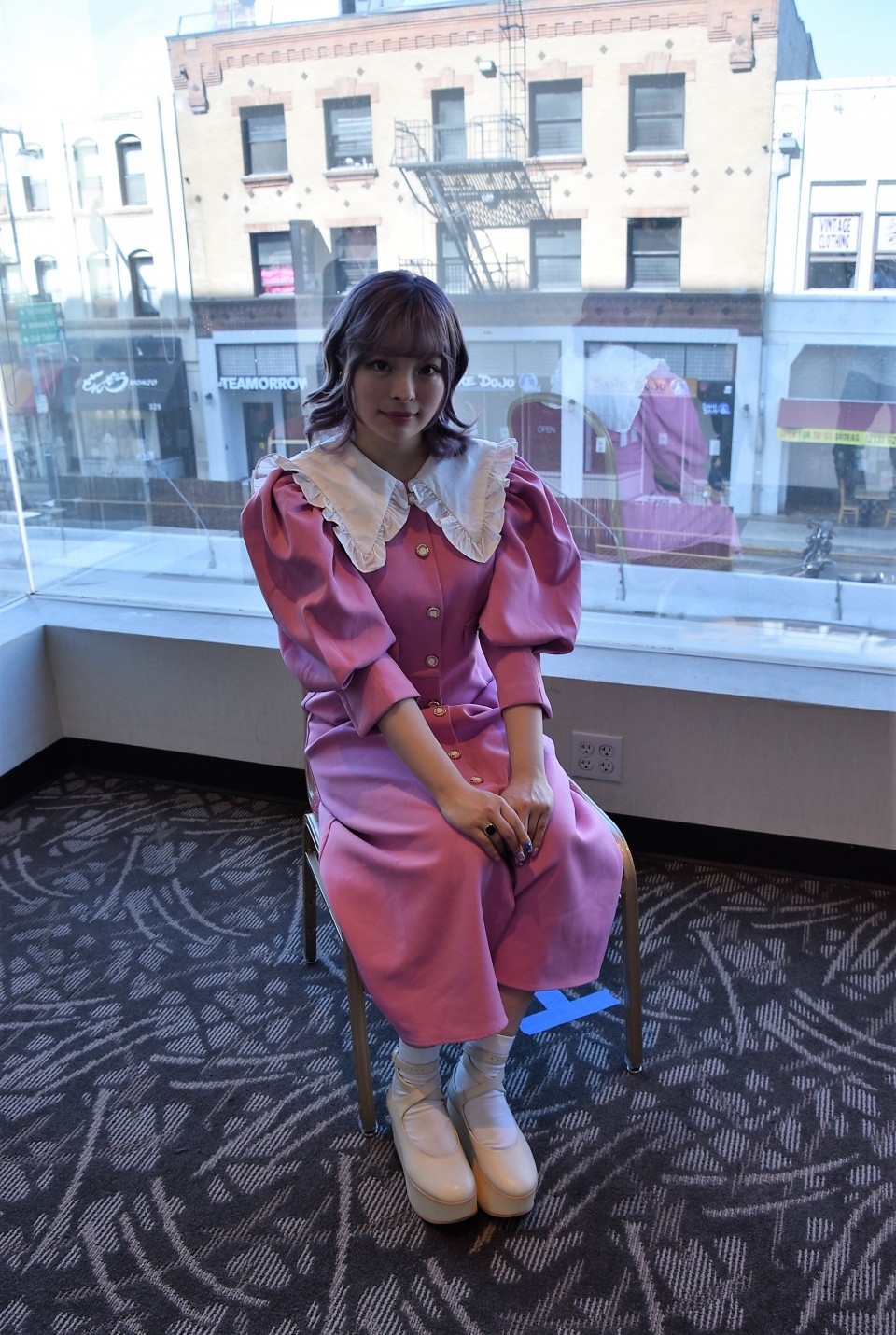 Indeed it isn't easy to separate her music from her "kawaii" fashion sense, heavily influenced by the rainbow of bold styles often seen in Tokyo's Harajuku neighborhood since the 1980s. While Harajuku style can range anywhere from bright pastel streetwear to frilly pink princess dresses to schoolgirl goth or anywhere in between, Kyary P believes some things have remained consistent over the decades.

"I think high platform shoes like I'm wearing now continue to be a defining accessory of Harajuku style over the years," she said. "Except I've been dancing so much in these particular shoes lately, that the sole is starting to wear out and get wobbly."

Halloween revelry in Japan to take new forms during pandemic