Japan's parliament Wednesday gave the green light to strip Russia of "most favored nation" trade status, a move taken in unison with other countries to punish Moscow over its invasion of Ukraine.

Russia will lose benefits such as low tariffs and few trade barriers. Among the other changes enacted was amending the foreign exchange and trade law to prevent cryptocurrencies from being used as a loophole to sidestep economic sanctions on Russia.

Russian diplomats and other Russians the Japanese government had expelled over Ukraine left Japan the same day aboard a Russian plane, a source familiar with the matter said. 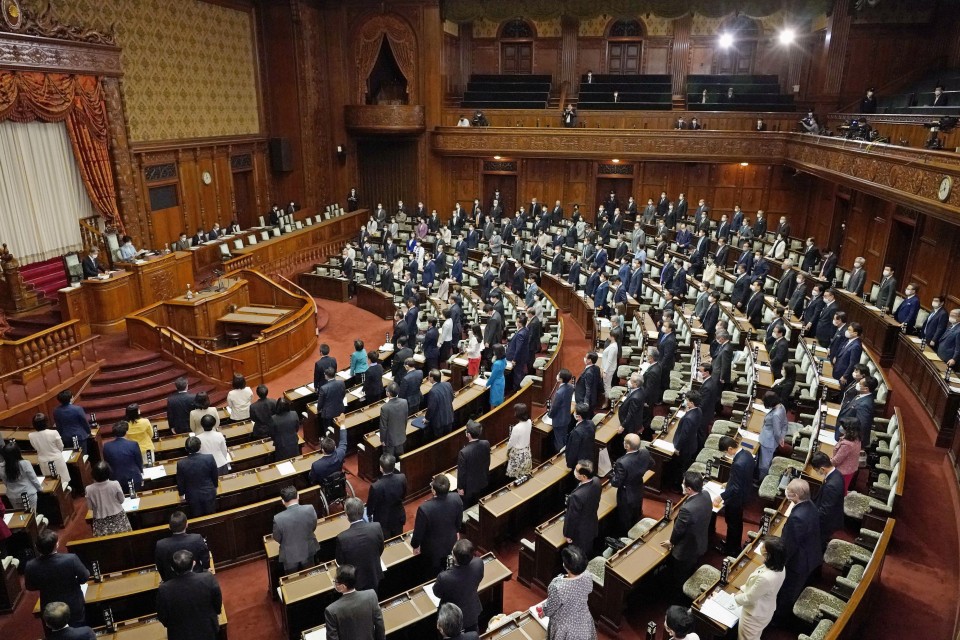 The House of Councillors passes legislation during a plenary session at the parliament in Tokyo on April 20, 2022, giving the green light to strip Russia of "most favored nation" trade status. (Kyodo)

Following the legislative move, Prime Minister Fumio Kishida's government will set ordinances stipulating that all imports from Russia will be subject to higher duties until the end of March 2023, including a 5 percent tariff on salmon from the current 3.5 percent and a 6 percent duty imposed on crabs from 4 percent.

Imports of crude oil and liquefied natural gas, as well as palladium, a type of rare metal used to purify exhaust gas from vehicles, are not affected because no tariffs were imposed on them even before Russia gained the favorable treatment.

According to the Finance Ministry, around 10 percent of imports from Russia, which totaled 1.55 trillion yen ($12 billion) in 2021, will be subject to the tariff increase. The hike is estimated to cost Japanese importers an additional 4 billion yen in tax burden.

Kishida said Japan would revoke most favored nation status from Russia under World Trade Organization rules, days after leaders from the Group of Seven major developed nations pledged in mid-March to do so to ramp up their sanctions against Russia over its attacks on Ukraine that began on Feb. 24.

The revised foreign exchange law restricts those subject to financial sanctions from transferring crypto assets to an account of a third party. Banks are obliged to check whether the sanctions target the recipients of transfers.

In a first for Japan, the government also decided earlier this month to expel eight Russians, including diplomats at the Russian Embassy and personnel of Russia's trade representative office, amid international condemnation over Moscow's reported killing of civilians in the suburbs of the Ukrainian capital Kyiv. 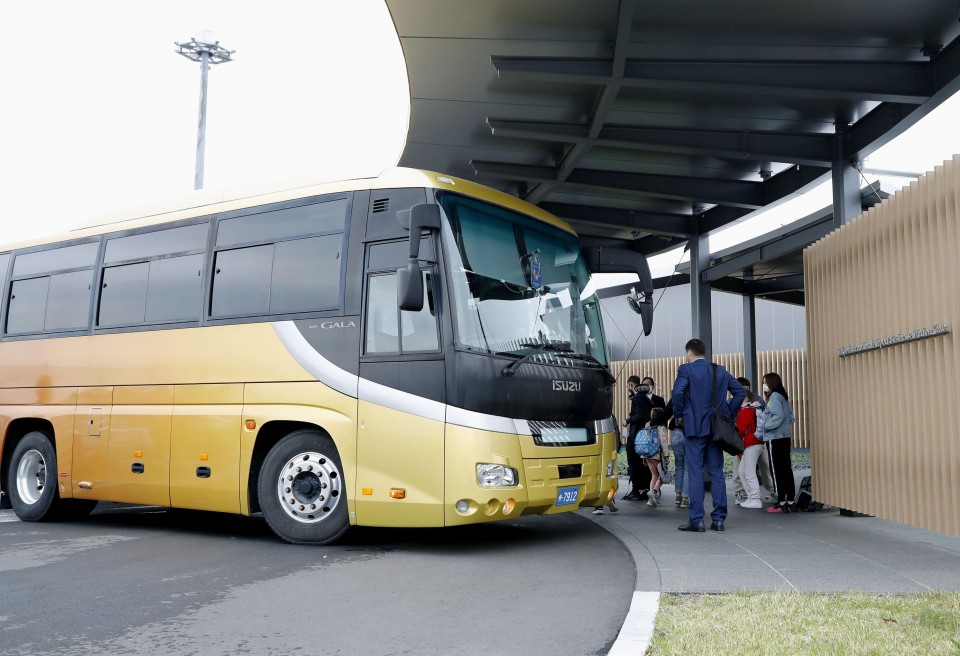 A bus carrying workers of the Russian Embassy in Tokyo arrives at the Japanese capital's Haneda airport on April 20, 2022. (Kyodo) 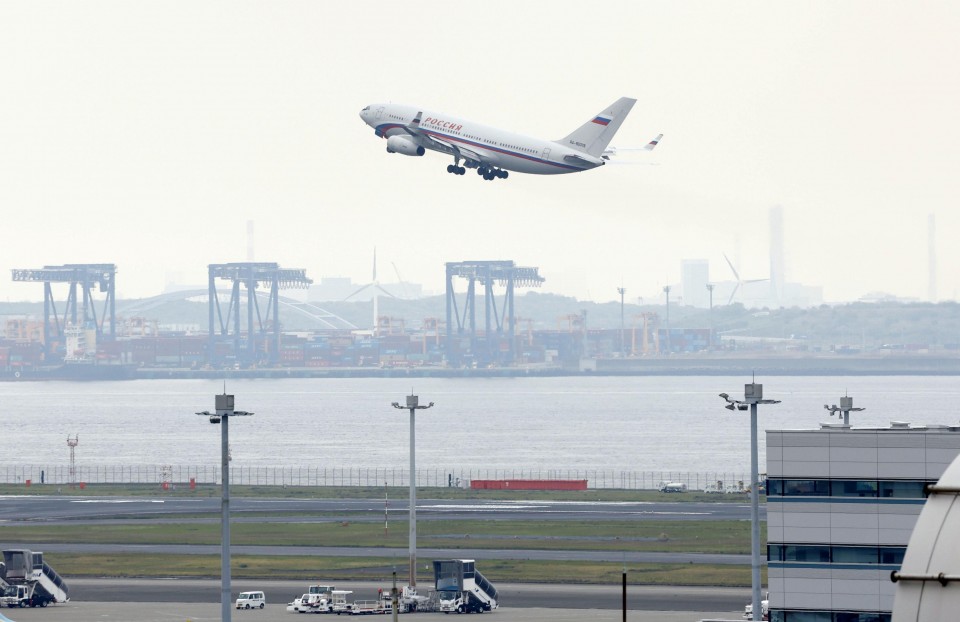 A Russian government plane takes off from Tokyo's Haneda airport on April 20, 2022, carrying staff from the Russian Embassy in the Japanese capital. (Kyodo)