During online talks with ministers and officials of Kazakhstan, Kyrgyzstan, Tajikistan, Turkmenistan and Uzbekistan, Foreign Minister Yoshimasa Hayashi condemned Moscow's aggression on Ukraine that began in late February as a serious breach of international law, according to the ministry. 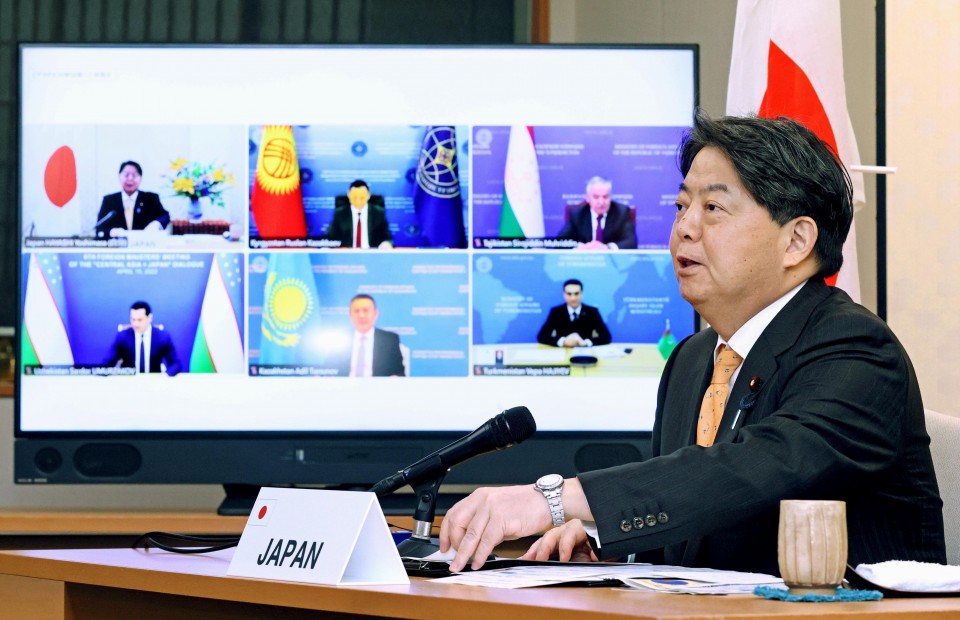 "The international community needs to keep in step to deal with (the Ukrainian crisis)," Hayashi was quoted by the ministry as saying.

This year marks the 30th anniversary of Japan's establishment of diplomatic ties with the five Central Asian countries following their independence from the former Soviet Union.

Originally, Tokyo planned to host an in-person meeting of foreign ministers from the five nations by the end of June but switched it to a virtual format due to a scheduling conflict, Japanese government sources said.

The videoconference came as Hayashi is arranging a visit to Kazakhstan and Uzbekistan starting in late April, according to the sources.

Launching the foreign ministerial dialogue with the Central Asian countries for regional development in 2004, Japan has been trying to enhance economic relations with Central Asia, in an apparent effort to counter growing Chinese clout in the area.

Beijing continues to invest in large-scale infrastructure in Central Asia through its "Belt and Road" initiative. President Xi Jinping held online talks with leaders from the same five nations in January.