Japan should aim to normalize its coronavirus travel controls for foreigners as soon as possible, some members of a government panel said Wednesday, calling for a gradual reopening of its borders for tourists to boost the economy.

The government should relax its daily limit on foreign visitors and ease additional immigration procedures needed to enter Japan once such restrictions are confirmed less effective in curbing infection cases, private-sector members of the Council on Economic and Fiscal Policy said. 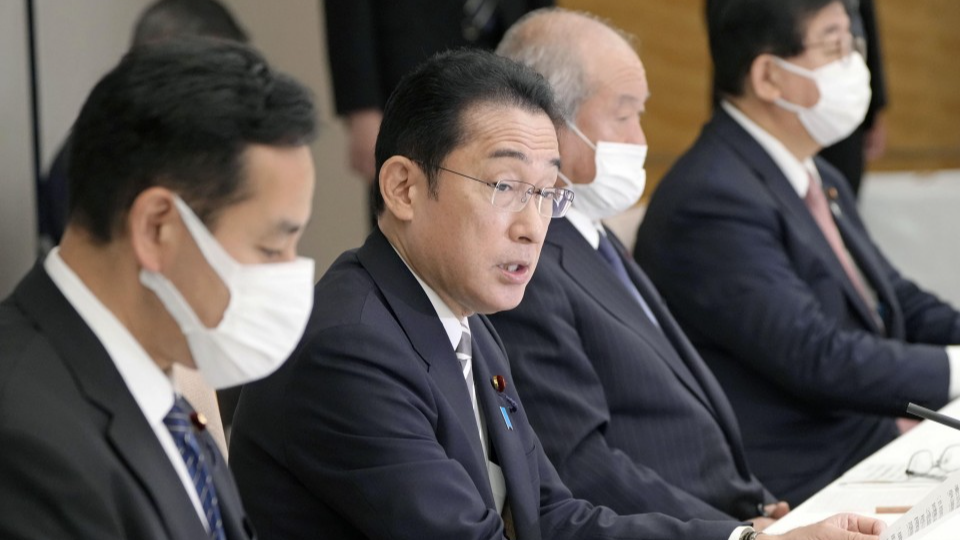 Japanese Prime Minister Fumio Kishida (2nd from L) speaks at a meeting of the government's Council on Economic and Fiscal Policy in Tokyo on April 27, 2022. (Kyodo)

Amid criticism of the country's strict border controls, Japan raised the daily cap on overseas entrants on April 10 from 7,000 to 10,000. Visitors are limited to business people, technical interns and students. The ban on tourists remains.

They also proposed the government present the criteria needed for a further relaxation to help potential visitors foresee the easing of government border controls.

After the meeting, Daishiro Yamagiwa, the minister in charge of the government's COVID-19 response, said in a press conference, "The government agrees with the private-sector members on the direction we should go toward eventually opening the border to tourists."

"But the timeline of easing the regulations should be decided appropriately," he said, adding that prospects of the coronavirus pandemic remain unpredictable.

With the government having set a goal of doubling foreign direct investment in Japan to 80 trillion yen, Kishida instructed his ministers to start discussing specific investment promotion plans that lead to innovations and strengthening of supply chains.