Prime Minister Fumio Kishida said Tuesday rapid currency moves are "unfavorable" for many parties concerned, amid growing concern about the negative impact of yen weakness on the fragile economic recovery at home.

Speaking at a press conference, Kishida said currency levels reflect the outcome of economic and monetary policies, expressing hope that the Bank of Japan will continue with its efforts to attain its 2 percent inflation target.

The diverging policy paths for the BOJ, which is widely expected to maintain its powerful monetary easing, and the more hawkish Federal Reserve have sent the yen tumbling to 20-year lows against the U.S. dollar. 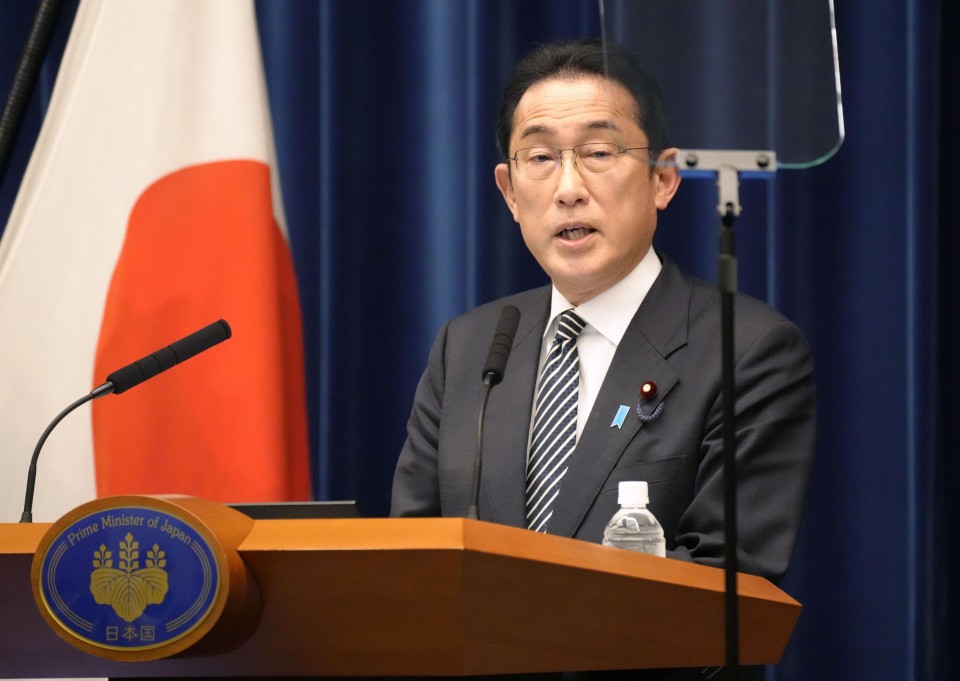 "The BOJ has been guiding its policy with the goal of attaining its 2 percent price stability target. I hope (the BOJ) will continue efforts in pursuit of the policy," Kishida said.

Japanese authorities have stepped up their rhetoric on the rapid pace of the yen's weakening, which boosts import prices for resource-poor Japan.

Kishida's remarks came as his government unveiled an emergency economic package to ease the financial burden from surging energy, food and other prices due to Russia's invasion of Ukraine.

The BOJ will hold a two-day meeting from Wednesday in which its Policy Board is widely expected to maintain its monetary policy as the nation has not seen the kind of spikes in inflation reported in the United States or Europe.

Despite higher commodity prices adding upward pressure, core consumer inflation has increased at less than half the pace of the BOJ's 2 percent target.