The recent signing of a security agreement between China and the Solomon Islands has sparked regional concerns about Beijing's outreach, as the agreement reportedly enables Chinese troops to be deployed to the Pacific nation. 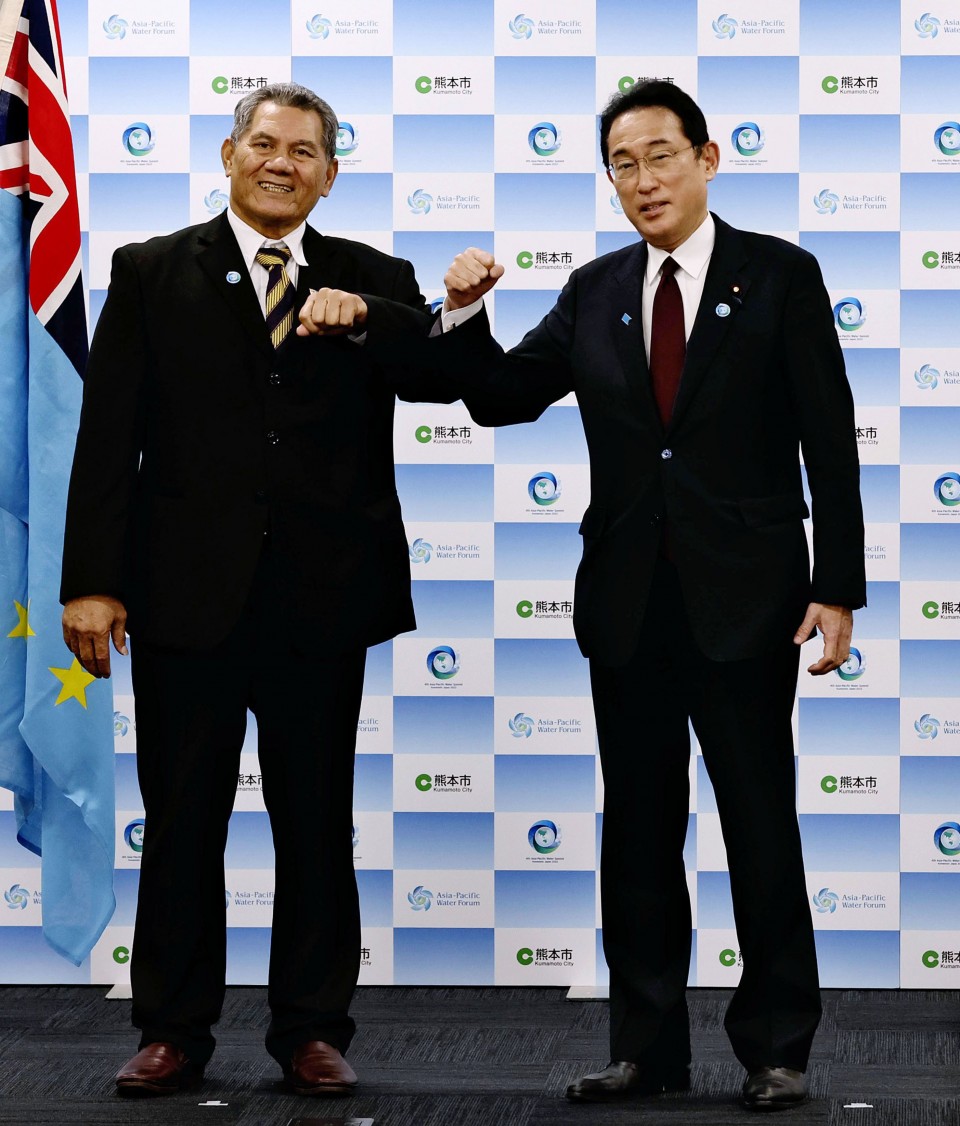 "We exchanged views on recent developments concerning China in the Pacific island region," Kishida told reporters in the southwestern prefecture of Kumamoto, without giving further details.

"We are closely following what China does in the Pacific island region with interest," he said.

The United States has warned the Solomon Islands against any possible moves toward inviting a Chinese military presence while other nations in the Pacific, such as Australia and New Zealand, have also expressed concern.

In his meeting with Tuvalu Prime Minister Kausea Natano, the two agreed to aim for a "free and open" Indo-Pacific region where an assertive China is expanding its influence.

The meeting took place on the fringes of the Asia-Pacific Water Summit being held in Kumamoto, where Kishida pledged around 500 billion yen ($3.9 billion) over the next five years to address water-related challenges such as disaster prevention.

He also held talks with Cambodian Prime Minister Hun Sen and Lao Prime Minister Phankham Viphavanh, respectively, and agreed with them to coordinate their responses to the crisis in Ukraine, Kishida told reporters.

In his meeting with Hun Sen, Kishida expressed his appreciation for Cambodia's support, as one of the co-sponsors of a U.N. General Assembly resolution condemning Russia's aggression in Ukraine in March, according to the Japanese Foreign Ministry.

Japan has been stepping up its diplomacy to strengthen coordination with other nations in the Indo-Pacific region, repeatedly saying that what is happening in Ukraine should never be tolerated there or anywhere else.

China continues to send ships to waters around the Senkaku Islands in the East China Sea. The islets are administered by Japan but claimed by China as Diaoyu. In the South China Sea, some members of the Association of Southeast Asian Nations have territorial disputes with China.

Kishida discussed developments in the South China Sea and the situation in Myanmar with Hun Sen, as Cambodia is the chair of ASEAN this year. Kishida made a visit to Cambodia last month, where they urged Russia to immediately end the war in Ukraine.

Meanwhile, the leaders of Japan and Laos agreed to coordinate closely to support Cambodia's efforts as ASEAN chair to improve the situation in Myanmar where the military seized power in a coup last year.