Toshihiro Sato, 59, who supervised the equity department, is suspected of colluding in placing large buy orders for an individual stock before the end of trading on April 8, 2021. 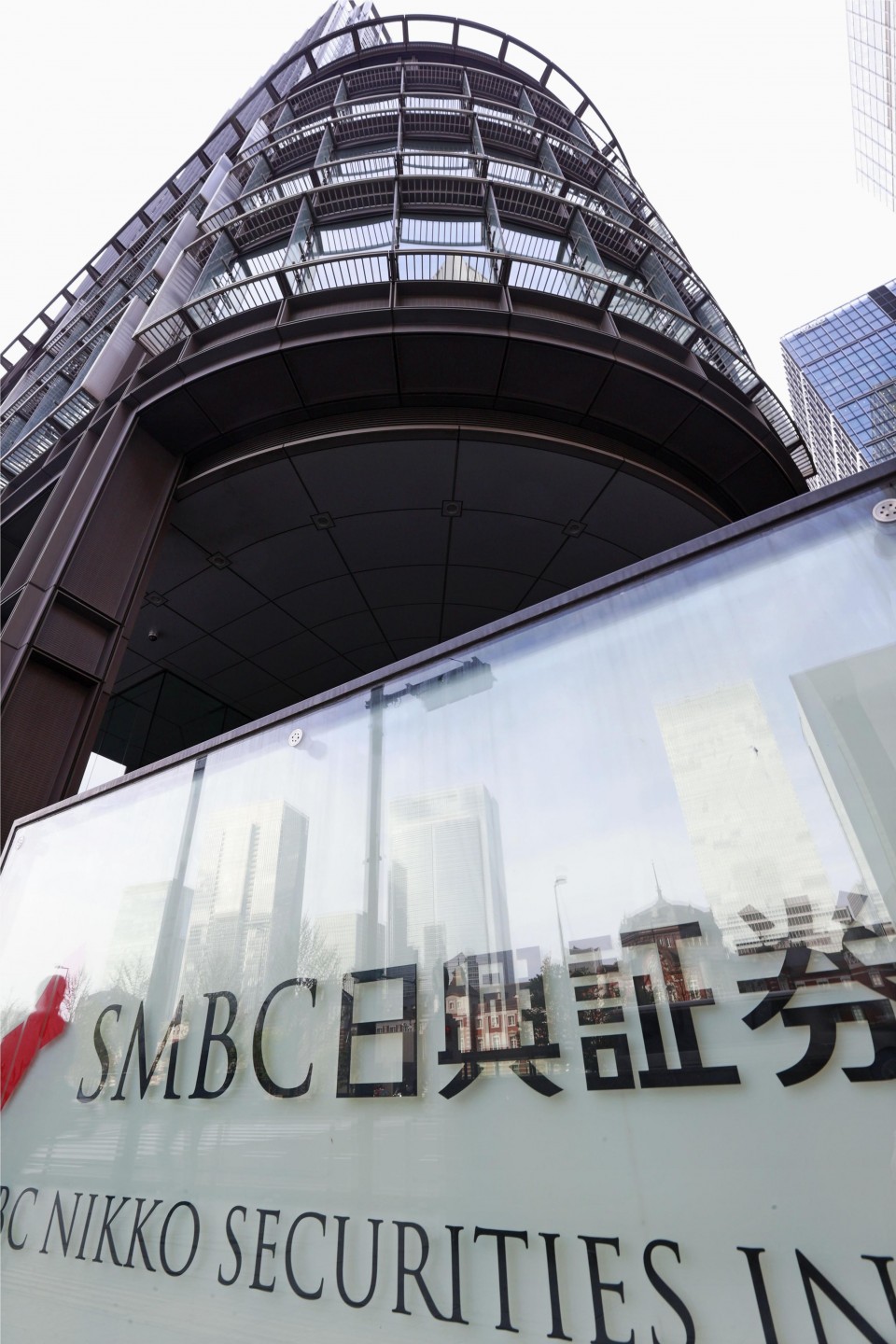 Photo taken on April 13, 2022, shows a sign of SMBC Nikko Securities Inc. at its headquarters in Tokyo. (Kyodo)

According to the indictment, Yamada was involved in "block offerings" for transactions with five stock issues from October 2020 to April 2021 to prop up the prices before selling in violation of the financial instruments and exchange law, while Sato was involved in one of the five cases.

In block offerings, a brokerage mediates trading between large shareholders who want to sell chunks of shares and investors hoping to buy them during off-hours trading. The brokerage profits from the difference between the purchase and sale prices.

Yamada, who allegedly played a leading role in manipulating the five stock issues, and Sato told investigators they were "not aware of any illegality" in the transactions, according to sources.

"We recognize that we are bound to be held responsible as a company. We take the situation very seriously and deeply reflect on what we have done," SMBC Nikko said in a release.

Prosecutors have already indicted five of the company's employees, including Yamada, believing they systematically conducted similar transactions with five other stock issues on the First Section of the Tokyo Stock Exchange from December 2019 to November 2020. The company itself was also charged at that time.

While block offerings are commonplace and legal, the prosecutors suspect that the stock prices were illegally propped up so the transactions would not fall through.

Sato approved the transactions after being informed about them by Yamada via email, according to people close to the matter.