Having etched her name in the record books last summer at the Tokyo Olympics, point guard Rui Machida is preparing to make her mark among the elite of women's professional basketball as a member of the WNBA's Washington Mystics.

The 29-year-old, who dished an Olympic-record 18 assists in Japan's semifinal win over France en route to the silver medal, struck an upbeat tone Monday in her introductory press conference for her new ball club.

"Opportunities like this don't come along often. I will give my all toward winning a title," Machida said. 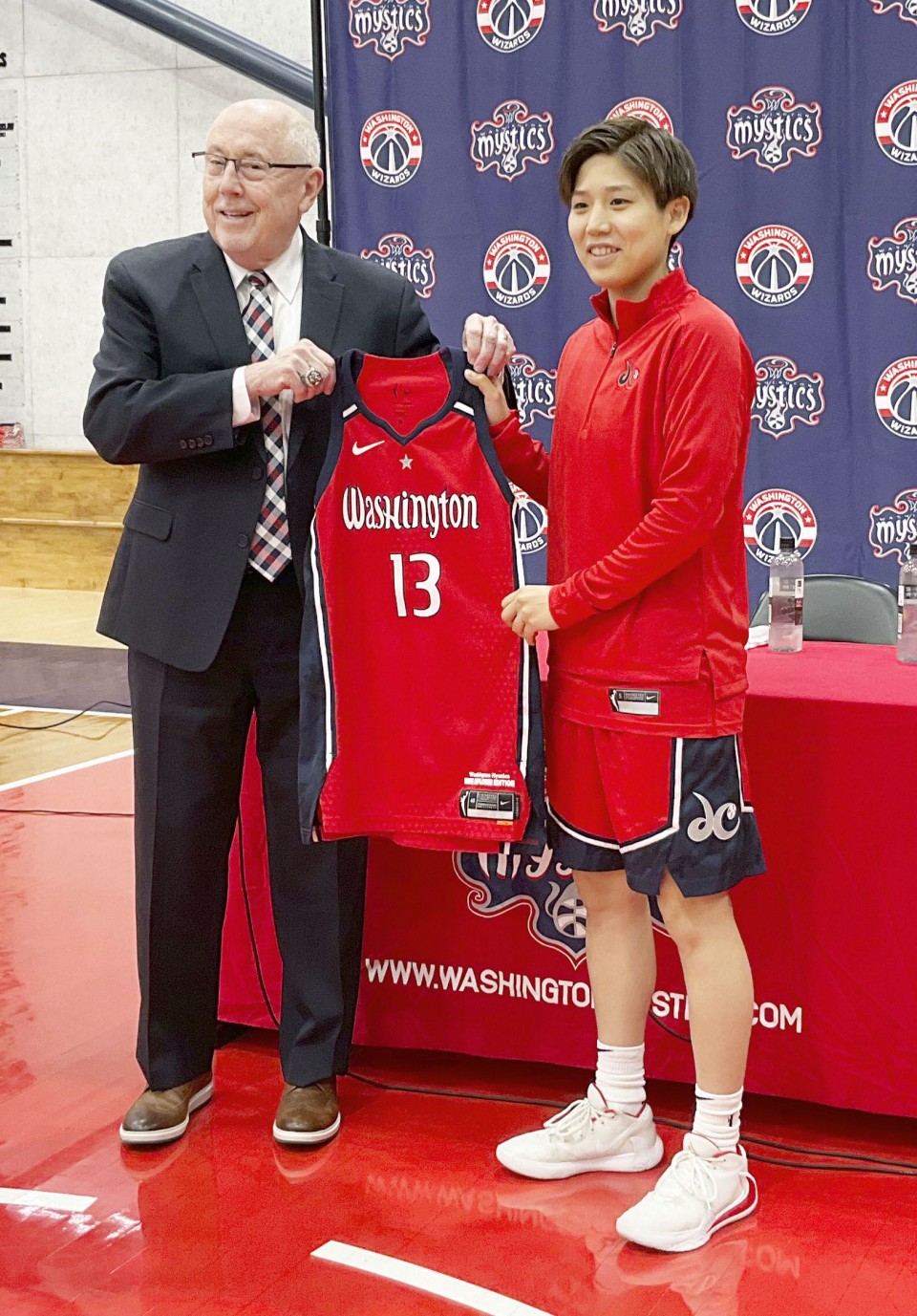 Rui Machida (R) and head coach Mike Thibault of the WNBA's Washington Mystics pose for a photo on April 25, 2022, in Washington. (Kyodo)

WNBA champions in 2019, the Mystics have high hopes for Machida, who arrived in Washington after finishing the Japanese season with the W League's Fujitsu RedWave and met a number of her new teammates for the first time Monday.

"I greeted them today, and it feels like a warm and energetic team," she said.

The Hokkaido native said she expects her first foray into an overseas league to be demanding but looks forward to the challenge.

"The WNBA has top-level players. No matter which team you face, you need to play top-level basketball," she said.

At 1.62 meters, Machida is used to being the smallest on the court, but the diminutive playmaker believes her speed and agility can be an asset for the Mystics.

"I'll probably play as a backup, but I want to make the most of my pace and generate an up-tempo game," she said.

The Mystics are the sister club of the NBA's Washington Wizards, home to Japanese men's Olympic team star Rui Hachimura, whom Machida is looking forward to seeing stateside.

"I haven't spoken to him in person, but there's a lot I want to ask him once we have a chance to catch up," she said with a smile.

Hachimura, who just finished his third season for the Wizards, has predicted Machida to be a good fit in Washington.

"She's a good player (and) I think she chose a good team," he said during an online interview last month.

The Mystics will tip off the season on May 6 at home to the Indiana Fever.