The Bank of Japan on Thursday underscored its resolve to persist with ultraeasy monetary policy and vowed to rein in rising long-term interest rates, judging that recent inflation, driven by surging raw material costs amid the war in Ukraine, will not last and its 2 percent target remains elusive.

The yen tumbled to fresh 20-year lows below 130 and then 131 to the U.S. dollar after the no-change decision at a two-day policy meeting, raising concern about increased import costs for resource-poor Japan.

The BOJ will carry out unlimited, fixed-rate government bond buying "every business day" to stem a rise in the benchmark 10-year yield above its allowed limit of 0.25 percent, at least until the central bank's next policy meeting in mid-June. 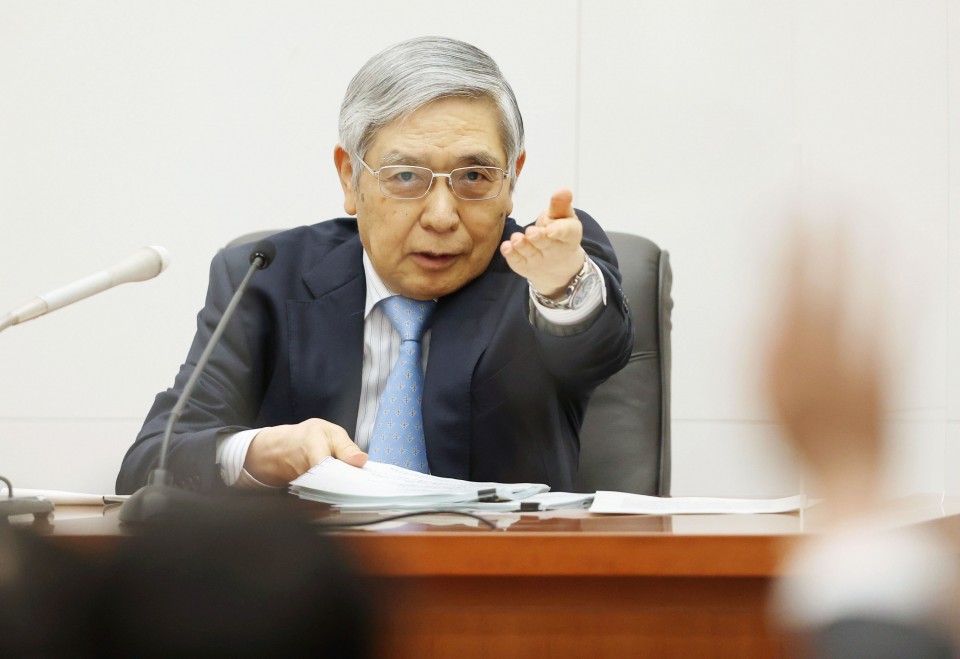 Such commitment is a nod to a further widening of interest rate differentials between Japan and the United States -- and a further weakening of the yen -- as the U.S. Federal Reserve is expected to go ahead with more rate hikes to tame inflation.

Under its yield curve control program, the BOJ will continue to set short-term interest rates at minus 0.1 percent, while guiding 10-year Japanese government bond yields to around zero percent to support the economy, still in the midst of a recovery from the COVID-19 fallout.

"It will still take time to attain the 2 percent target in a stable manner, supported by a growth in earnings, wages and jobs," BOJ Governor Haruhiko Kuroda told a post-meeting press conference.

The BOJ is in no rush to join other major central banks in transitioning to tighter monetary policy, even as the core consumer price index excluding volatile fresh food items is now forecast to gain 1.9 percent in the year from April, rather than the 1.1 percent projected earlier.

"It is appropriate to continue with our current powerful monetary easing tenaciously to support the economy and help prices rise," Kuroda said.

The Japanese economy will likely expand 2.9 percent in fiscal 2022, downgraded from 3.8 percent growth in the previous projection in January.

Even when the current term for Kuroda as governor ends, the 2 percent inflation target will not be achievable, the BOJ's outlook report showed Thursday, with the core CPI expected to increase only 1.1 percent in fiscal 2023.

"Japan's economy has picked up as a trend, although some weakness has been seen in part, mainly due to the impact of COVID-19 and the rise in commodity prices," the BOJ said in its assessment. 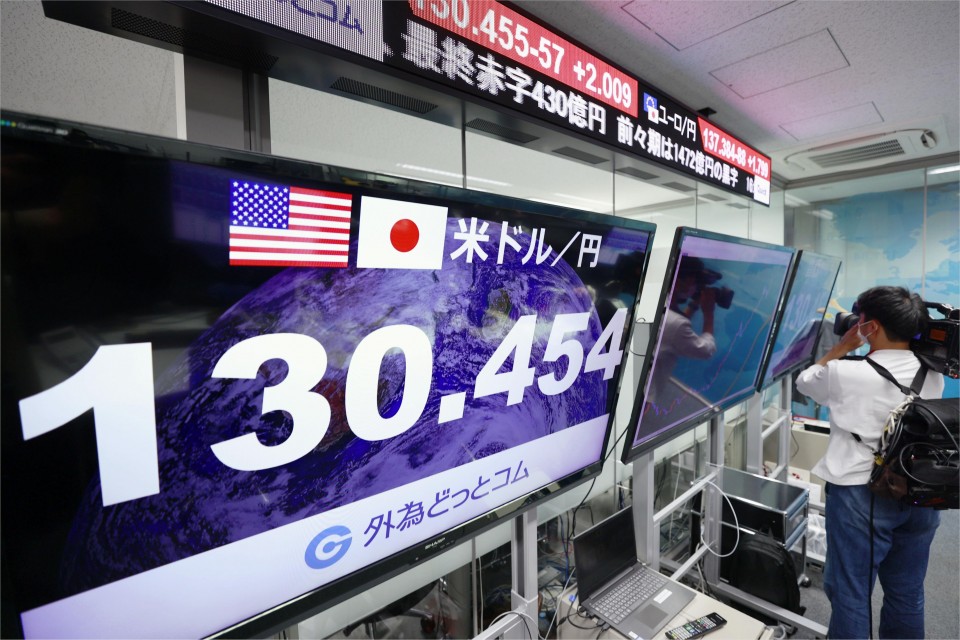 A financial monitor at a currency dealing house in Tokyo shows the Japanese yen tumbling below 130 to a fresh 20-year low against the U.S. dollar. (Kyodo) ==Kyodo

The prospect of a widening policy gap between Japan and the United States has precipitated the yen's plunge in recent weeks. While the BOJ sticks to its ultralow rate policy, the key 10-year U.S. Treasury yield has been around 2.8 percent.

The rapid yen fall, however, has raised concern about its negative impact on the Japanese economy, at a time when the government is seeking to ease the pain felt by households and businesses with an emergency relief package ahead of a House of Councillors election this summer.

Kuroda reiterated that a weak yen is generally positive for the Japanese economy, partly because it boosts exporters' overseas profits when brought back home.

"The excessive fluctuations seen recently in a short period of time raises uncertainty over the outlook and makes it difficult for companies to draw up business plans," he said, adding that the BOJ will watch the impact of currency moves on the economy "very carefully."

The BOJ's limitless, fixed-rate bond buying operations are designed to make the 0.25 percent defense line clear amid rising overseas interest rates, and to remove speculation about whether the central bank will step in or not, he said.

Up to now, fixed-rate purchase operations have been termed by the governor as "the last resort." The 10-year Japanese government bond yield ended at 0.215 percent on Thursday, down 0.030 percentage point from the previous day.

"The policy meeting outcome clearly shot down speculation that the BOJ would counter the weaker yen as the government is scrambling to take steps against rising prices," said Hideo Kumano, executive chief economist at the Dai-ichi Life Research Institute.

"The BOJ has been supportive of yen weakness but now it looks like facilitating it. It showed a strong commitment to keeping accommodative policy," Kumano said.

Despite the negative side of the yen's weakness being increasingly highlighted, Kuroda had received backing from both the current and a former prime minister for staying the course.

Prime Minister Fumio Kishida expressed hope earlier this week that the BOJ would keep working toward its 2 percent inflation target with its monetary policy while his predecessor Shinzo Abe said it was "absolutely right" that it maintain bold monetary easing, a key pillar of his "Abenomics" economy-boosting program.