23 injured in shooting on NYC subway, gunman at large

At least 23 people were injured in a shooting rampage on a New York City subway car and station platform on Tuesday, with police hunting a gunman described as wearing a gas mask and construction vest, according to local authorities.

They said 10 of the injured suffered gunshot wounds with five in critical but stable condition following the mass shooting during morning rush hour in the city's borough of Brooklyn. 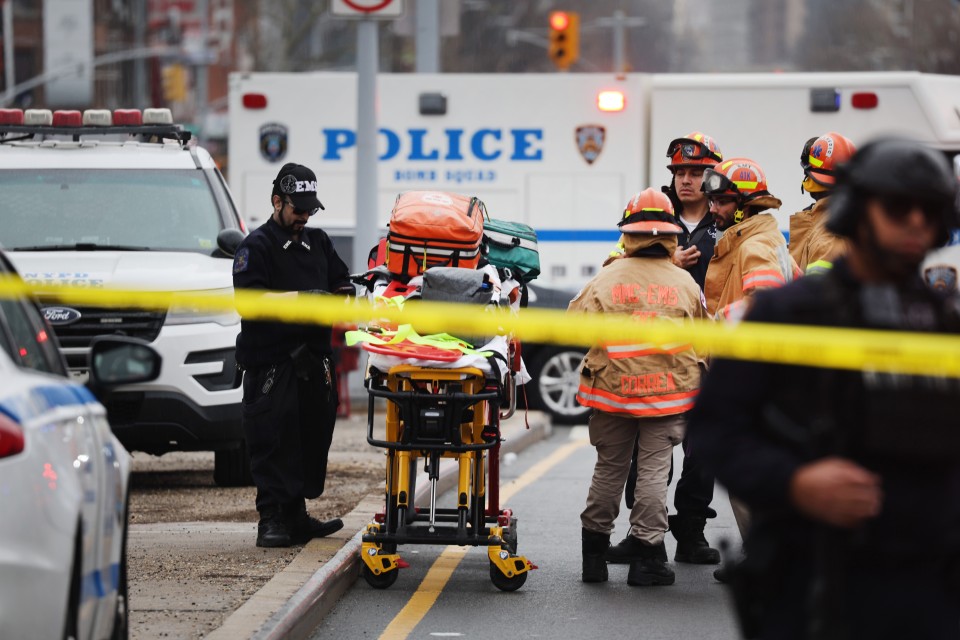 Police and emergency responders gather at the site of a reported shooting of multiple people outside of the 36 St subway station in New York City on April 12, 2022.(Getty/Kyodo)

New York Police Department Commissioner Keechant Sewell said in a briefing that none of the injuries are life-threatening at this time.

Sewell said the attack unfolded just before 8:24 a.m. as a Manhattan-bound train was pulling in to the underground station. The police said the assailant opened a canister that filled the subway car with smoke and shot at least 33 times.

The police later located a van believed to be linked to the perpetrator in Brooklyn and added that it was likely to have been rented by a man they identified as Frank James. 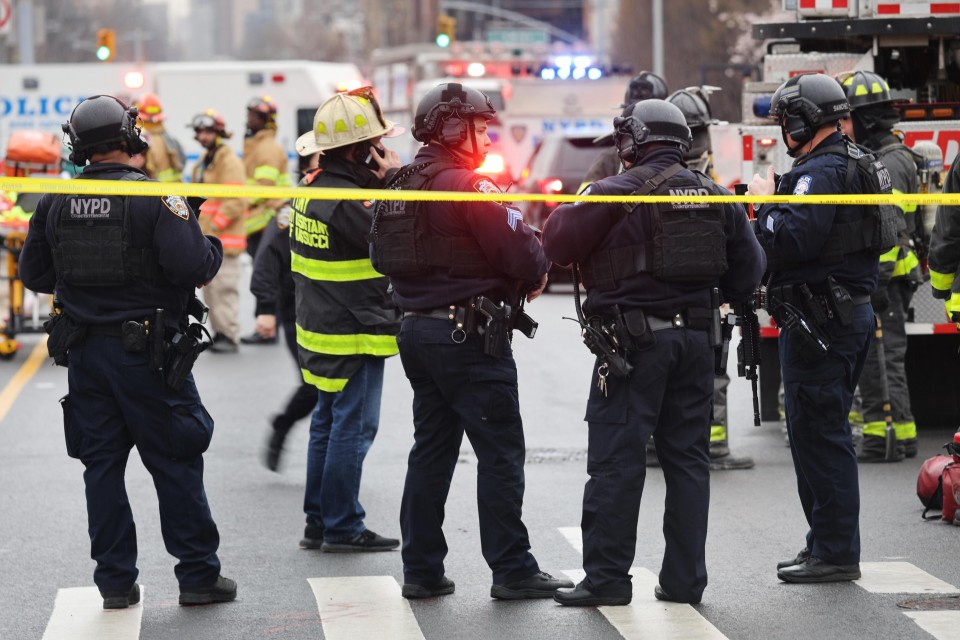 Police and emergency responders gather at the site of a reported shooting of multiple people outside of the 36 St subway station in the Brooklyn borough of New York City on April 12, 2022.(Getty/Kyodo)

Naming the 62-year-old man as a "person of interest" in the attack, they released a photo of him and called for information.

Sewell said the police are not investigating the shooting as a terrorist attack at the current time, although she said she is "not ruling out" any possible motives including terrorism. She noted in response to a question that the victims represented a range of ethnicities, suggesting no apparent targeting by group identity.

The police tweeted that there are no known active explosive devices at the scene of the shooting but instructed people to avoid the area.

According to New York City statistics, nearly 300 shooting incidents have been reported in the first quarter of this year, an increase of more than 10 percent from a year earlier.