The average value of assets held by Japanese lower house members came to 29.24 million yen ($234,000), slightly up from a record low 28.92 million yen in the previous survey, according to a Kyodo News tally based on data released Monday.

The average monetary value of financial assets, land and property held by 465 House of Representatives members elected in October last year was up 320,000 yen from the previous survey released in April 2018. 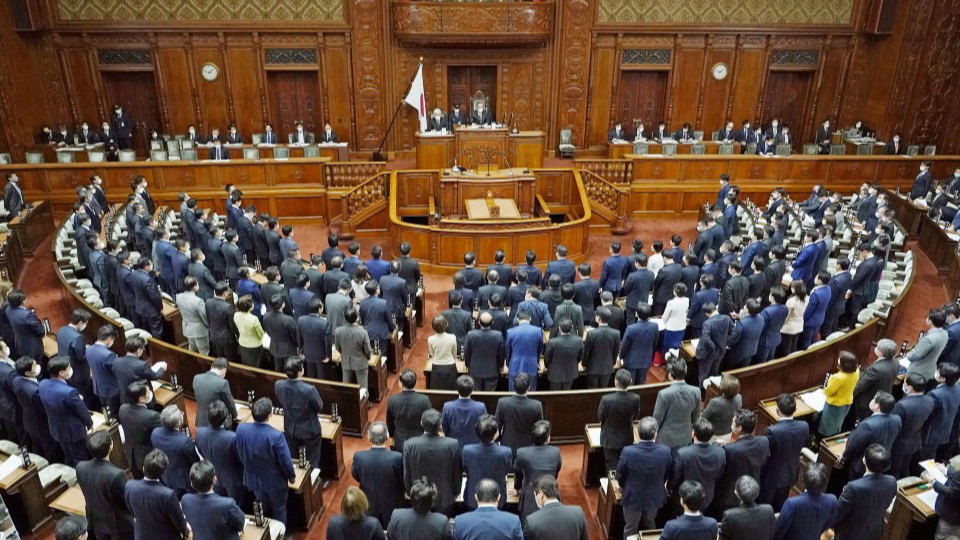 Photo shows a plenary session of the House of Representatives on April 7, 2022. (Kyodo)

Former Prime Minister Taro Aso, who serves as vice president of the ruling Liberal Democratic Party, topped the ranking with 614.17 million yen in assets, mainly thanks to real estate he owns in Tokyo's Shibuya Ward, one of the most expensive neighborhoods in the country, as well as in Karuizawa, a resort town in central Japan.

The number of lower house members with assets of over 100 million yen rose by one to 26. Seventy-seven lawmakers said they have no assets other than stocks, up seven from the previous survey.

Prime Minister Fumio Kishida had assets worth 49.83 million yen, while his predecessors Yoshihide Suga and Shinzo Abe had 62.85 million yen and 101.04 million yen in assets respectively.

The average figure for the 45 female lower house members was 14.92 million yen, up 3.48 million yen from the previous survey, and compared with 30.78 million yen for the 420 men in the lower house. Seiko Noda, minister in charge of gender equality and children's policies, was the only female lawmaker with assets worth over 100 million yen.