Japanese Prime Minister Fumio Kishida agreed Friday with the visiting Philippine foreign and defense secretaries that they oppose any unilateral attempts to change the status quo by force in the East and South China seas, in a veiled reference to an assertive China.

In a meeting at his office with Foreign Secretary Teodoro Locsin and Defense Secretary Delfin Lorenzana, Kishida said Japan hopes to work with the Philippines to realize a "free and open" Indo-Pacific, and they agreed to deepen bilateral cooperation in such fields as security, according to the Japanese Foreign Ministry. 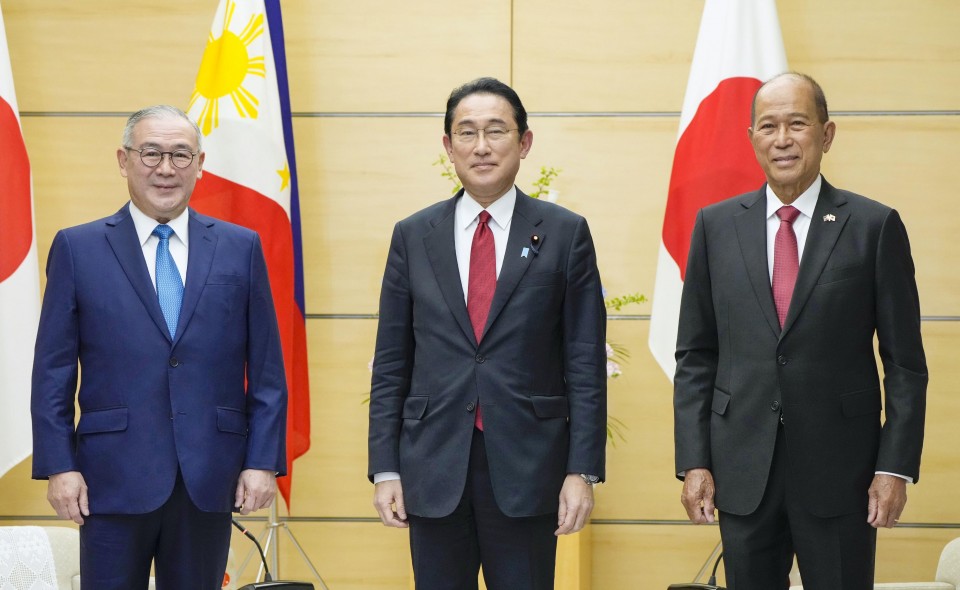 In response, the Philippine officials expressed "grave concern" over the situation in Ukraine, it said.

Japan and the Philippines are scheduled to hold a meeting of their foreign and defense chiefs in a "two-plus-two" format, at a time when Russia's unilateral use of force to change the status quo in Ukraine has sent ripples to the Indo-Pacific region where China's assertiveness, backed by its economic clout, is raising concern.

The Philippines and China are at loggerheads over the disputed Spratly Islands in the South China Sea while Japan has been on the alert as Chinese ships have been repeatedly been spotted around the Senkaku Islands in the East China Sea, controlled by Japan but claimed by China.

Kishida and the foreign and defense chiefs of the Philippines agreed to continue coordination in coping with North Korea's missile threat following the recent launch of an intercontinental ballistic missile, according to the ministry.