Tons of Japanese nuclear waste may be destined for overseas disposal

Japan's nuclear power plants have over 57,000 tons of large equipment that have, or will in time, become radioactive industrial waste and may be destined to be disposed of overseas, a tally of electric power company data showed Saturday.

The scale of the would-be hazardous waste underscores the ongoing move within the government to reexamine a rule banning the exports of radioactive waste at a time when few municipalities are willing to accept such waste.

Creating an exception to the rule under the foreign exchange law would allow power companies to commission contractors overseas to dispose of certain types of large equipment on the condition they are recycled in the destination countries. 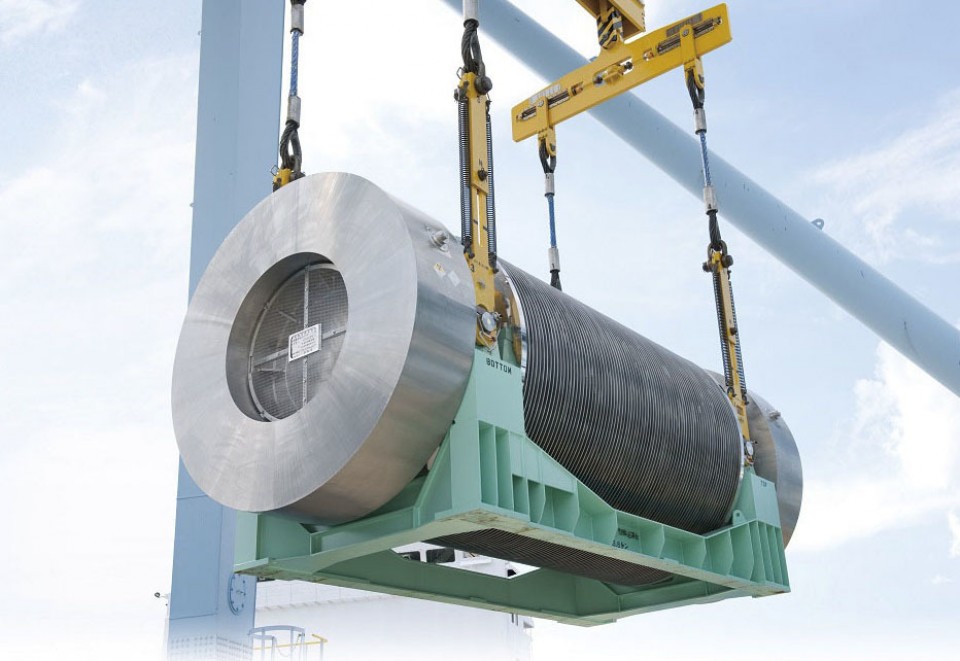 But critics say radioactive waste created in Japan should not be forced on other countries and that such waste should be recycled domestically by improving related disposal technology.

The tally showed nuclear power plants in the country had 57,230 tons of the large equipment, including those still in use, at the end of March.

The equipment in question comes in three types. Steam generators create steam used to generate electricity, while feedwater heaters heat the water that goes back into a reactor and casings are used to store or transport spent nuclear fuel. 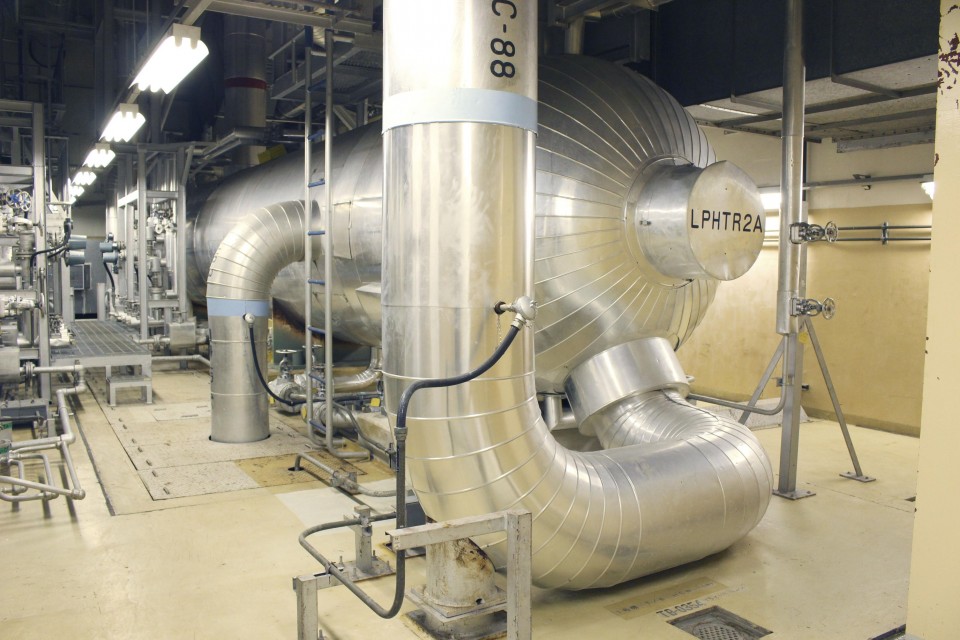 For example, there are 37 used steam generators, weighing a total of 12,000 tons, according to the tally. Twenty-two generators, or 7,500 tons, remain at reactors to be decommissioned, while another 51 units, or 15,300 tons, are still in use.

The crippled Fukushima Daiichi nuclear power plant has 3,360 tons of spent nuclear fuel casings. But the industry ministry says it sees no scenario in which waste emerging from the plant's decommissioning process would be disposed of overseas.

Decommissioning of nuclear reactors is expected to speed up from the mid-2020s in Japan, with an attendant increase in radioactive waste. Already, 24 commercial reactors are due to be decommissioned.

Radioactive waste is expected to be buried underground, depending on its pollution levels. But few disposal sites have been picked, leaving the handling of large reactor equipment, in particular, in limbo.

A steam generator is a large cylindrical metal object that is 20 meters long and weighs 300 tons. Because of its size, it cannot be easily cut up, encased in drums and buried. 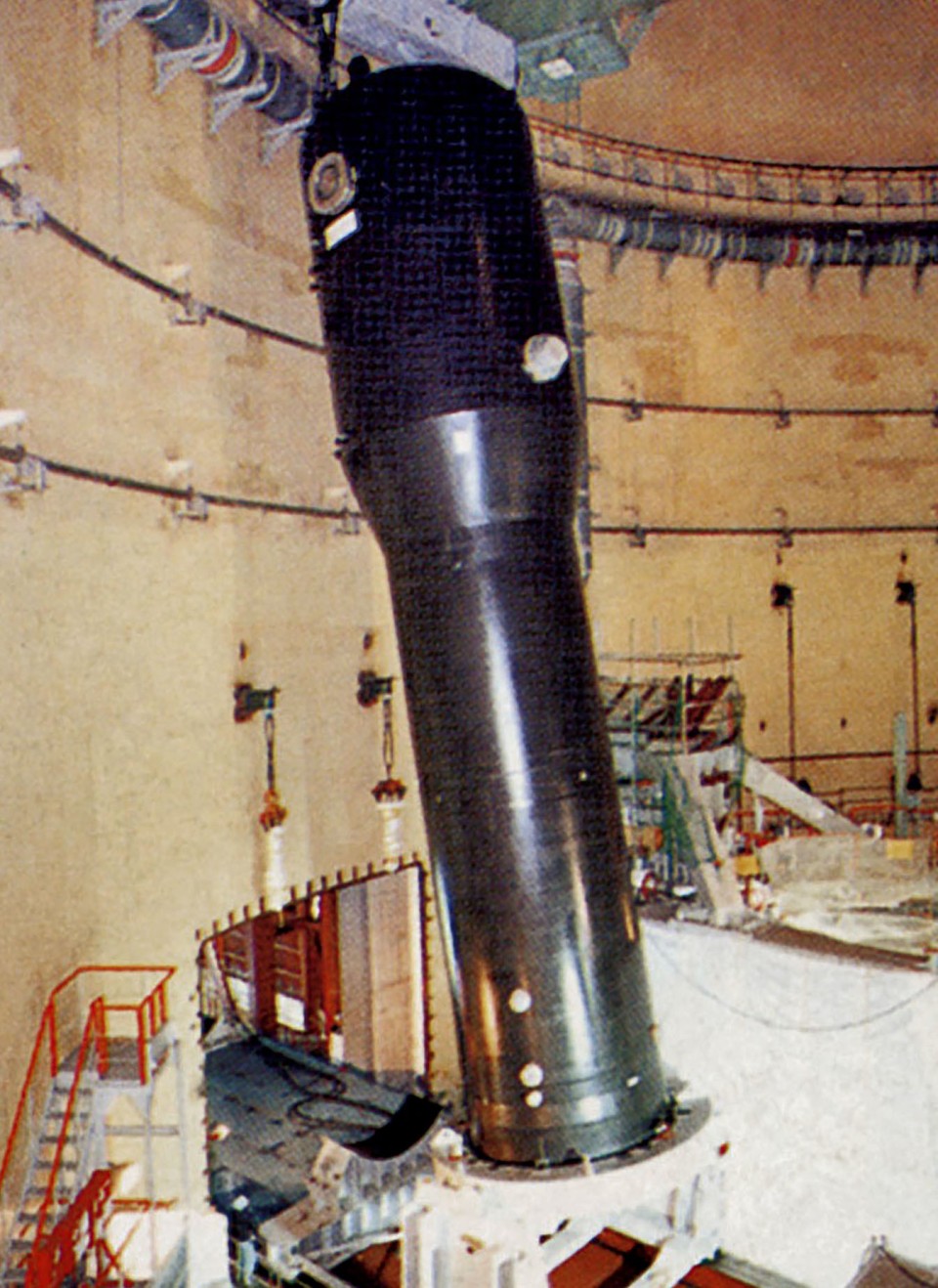 A steam generator is being replaced at the Mihama nuclear plant's No. 3 unit. (Photo courtesy of Kansai Electric Power Co.)(Kyodo)

Kansai Electric Power Co. has 21 generators stored away on its premises. "We are concerned about having little room left on our premises (at power plants) going forward as it would impact decommissioning work," a company source said.

"It is virtually impossible to dispose of the waste domestically. The regulatory reconsideration is a gleam of hope for the waste issue that is at a dead-end," the source added, expressing hope for overseas disposal.

One company the Japanese side is talking with about possible waste export is EnergySolutions Inc., a U.S. nuclear service company and a major player in the reactor decommissioning business.

The Utah-based company has processed over 60,000 tons of waste produced in reactor decommissioning in and outside of the United States.

A company official expressed confidence that it can process not just the three types of large reactor equipment under consideration for export, but other waste, such as metals from the Fukushima Daiichi plant.

Tatsujiro Suzuki, a Nagasaki University professor, who served as an acting head of the government's Atomic Energy Commission, is critical of the envisioned disposal of radioactive waste overseas.

"This is what you get when the state has failed to seriously discuss what to do with waste," Suzuki said, warning that it is a slippery slope and could lead to an export of waste from the Fukushima nuclear disaster.

"It is sheer irresponsibility when looked at from the principle that disposal must be done in one's own country."