As the Ukraine crisis fuels instability and causes commodity prices to skyrocket, the world's largest gold bar has increased in worth to over 2.2 billion yen ($17.1 million) -- more than five times its value when it first went on display at a central Japan theme park in 2005.

The 250-kilogram gold bar is exhibited at the Toi Gold Mine theme park in Izu, Shizuoka Prefecture. The gold bar was smelted by the park operator's parent company in 2005, and Guinness World Records certified it the world's largest in the same year. 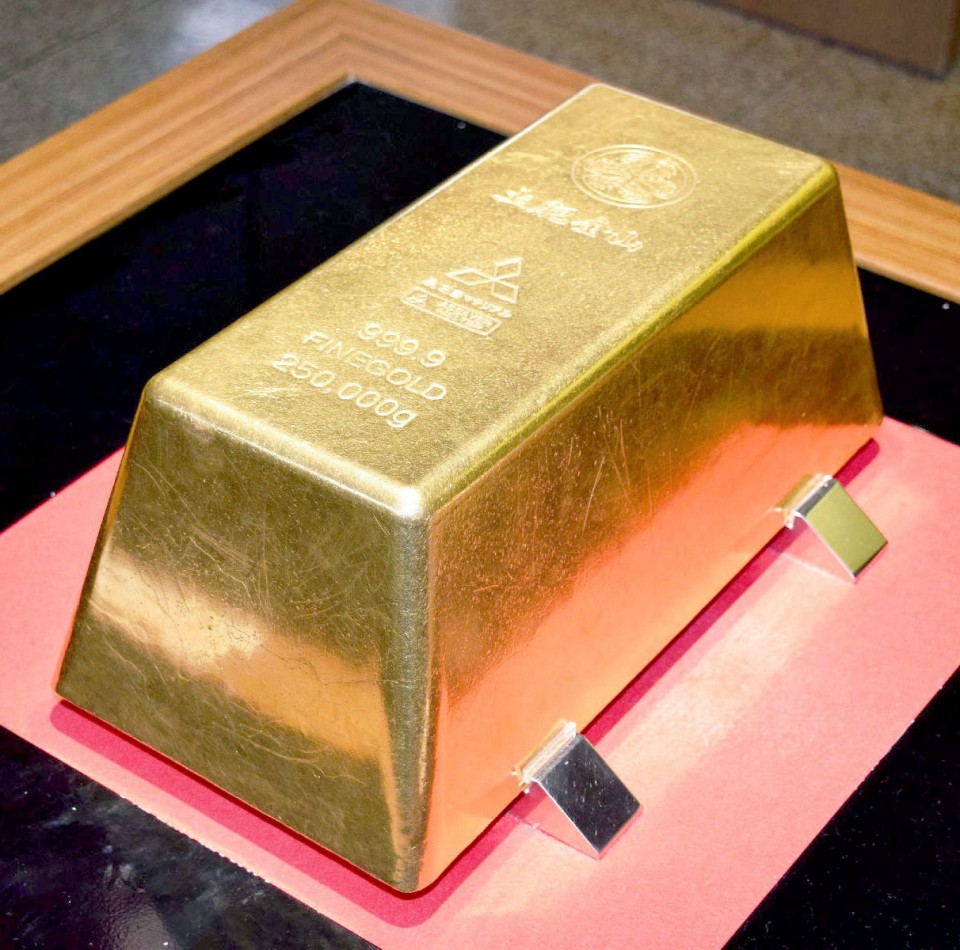 The bar went on public display in July of 2005, when it was valued at around 400 million yen.

As of Wednesday, 1 gram of gold was worth 8,969 yen including tax, according to gold bar manufacturer Tanaka Kikinzoku Kogyo K.K.

Gold is generally seen as a safe-haven store of wealth in times of crisis, and its value has risen amid instability caused by the coronavirus pandemic and Russia's war in Ukraine.

The bar's value has also risen due to the Japanese yen's recent weakness against the U.S. dollar, which is the international index for the globally traded metal.

Toi gold mine, which ended mining operations in 1965, was one of Japan's most productive mines over its lifetime.

The theme park on the former site introduces visitors to the mine's history and offers them the chance to explore some of its tunnels and pan for gold.

Visitors can touch the bar through a hole in its acrylic display case. The park has seized on the rising value in social media promotions, in which it claims touching the bar will increase visitors' financial luck.

"We have no predictions for how far the price could rise," park official Ayumi Kokubu said, before adding, "We'd like the world to soon become a more stable place."