China has decided to suspend the full promotion of President Xi Jinping's ambitious "common prosperity" policy for the time being, with the economy slowing amid the COVID-19 pandemic, a Chinese source familiar with the matter said Monday.

Last year, Xi pledged to pursue common prosperity, aimed at reducing the income gap at home by levying more regulations on the nation's lucrative sectors, including the IT and financial industries. 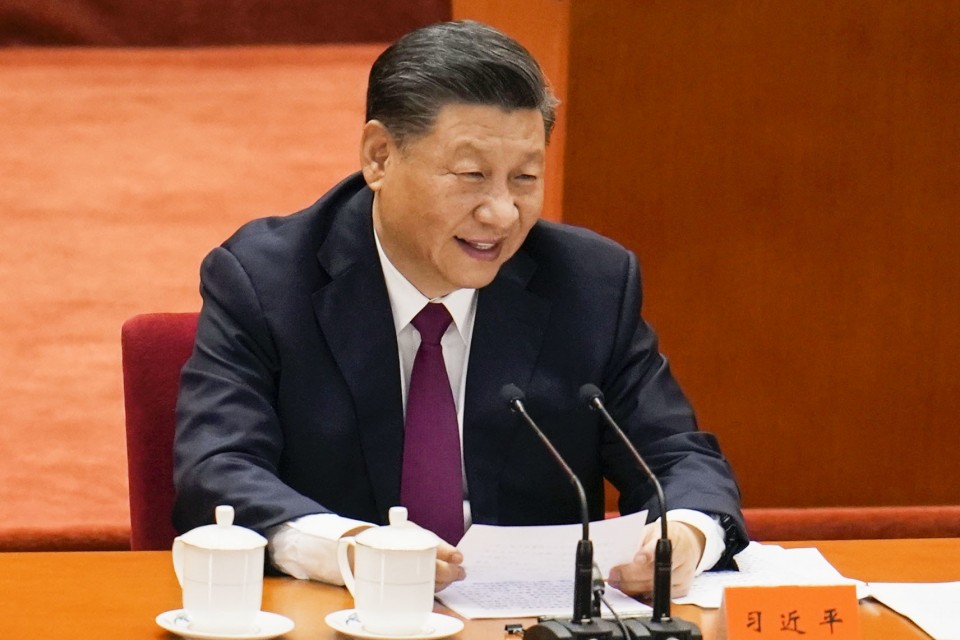 Chinese President Xi Jinping attends an event to award people who contributed to the Beijing Winter Olympics and Paralympics on April 8, 2022, at the Great Hall of the People in Beijing. (Kyodo) ==Kyodo

Xi's push to attain common prosperity, however, has been fanning concern that the world's most populous country would become a less attractive market, as the goal may place a heavy burden on the rich so that the government can coercively rectify economic inequality.

As the world's second-largest economy has shown clear signs of losing growth momentum against a backdrop of the nation's "zero-COVID" policy, Xi has concluded that strengthening surveillance on companies would shrink corporate activities further, the source said.

In the run-up to the ruling Communist Party's twice-a-decade congress in the fall, at which Xi is set to secure a controversial third term as the country's leader, China is expected to concentrate on stabilizing economic and social development.

Some foreign affairs experts also say Xi might resume implementing measures to achieve his cherished goal of establishing common prosperity after he is reelected.

The Communist-led government has bolstered restrictions on China's IT giants to curb their monopolistic behavior and disorderly capital expansion, sparking worries that innovation in the Chinese high-tech industry would be impeded.

Moreover, big Chinese enterprises and business leaders are believed to be compelled by the central authorities to take steps that could contribute to narrowing income disparities, such as making donations and providing social support.

But China's economy grew only 4.8 percent from a year earlier during the January-March period, official data showed Monday, as dozens of cities have been partially or fully locked down with the highly contagious Omicron variant of the novel coronavirus spreading.

A disruption of the global supply chain stemming from Russia's invasion of Ukraine has also blurred the outlook for the nation's economy, making it more difficult for the Chinese government to realize its gross domestic product target of around 5.5 percent.

Eventually, Vice Premier Liu He, who is in charge of economic and financial policies, proposed to Xi that the promotion of common prosperity should be suspended, the source said.

In March, meanwhile, China decided to postpone broader trials of a property tax, which could be introduced as a symbol of common prosperity in the future, according to state-run media.