The 20-year-old right-hander, whose father was killed in the March 2011 earthquake and tsunami that devastated Japan's northeast coast, was heavily scouted by Major League Baseball teams before signing with the Marines out of high school prior to the 2020 season. 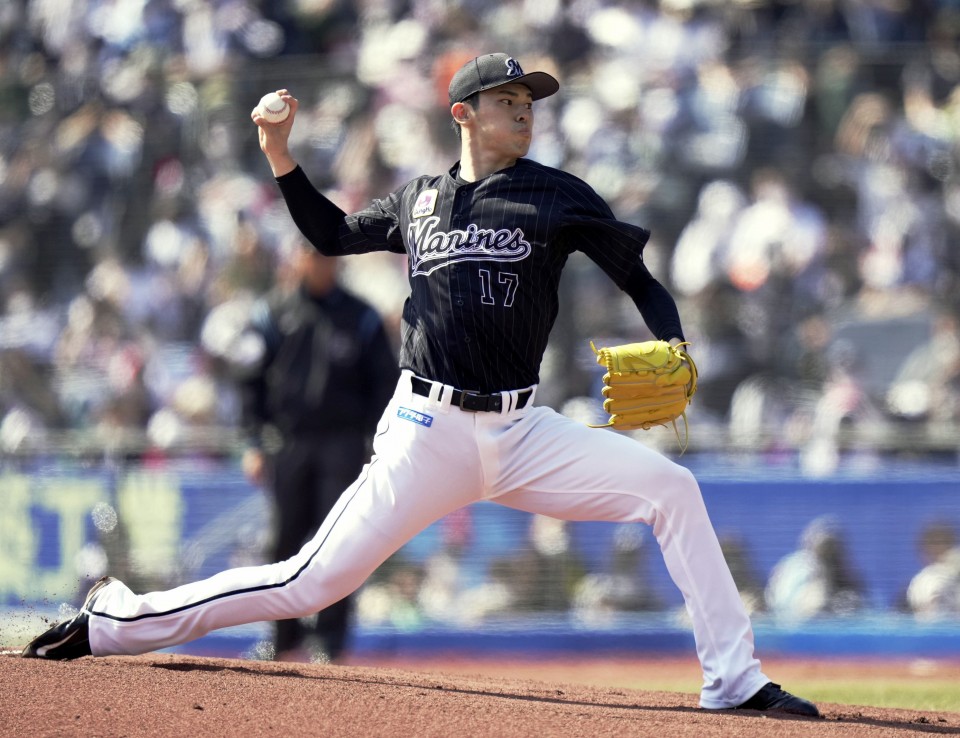 Roki Sasaki of the Lotte Marines delivers a pitch in a Pacific League game against the Orix Buffaloes at Zozo Marine Stadium in Chiba, Japan, on April 10, 2022. (Kyodo)

"This is the greatest," Sasaki told fans after he and 18-year-old rookie catcher Ko Matsukawa teamed up on the masterpiece. 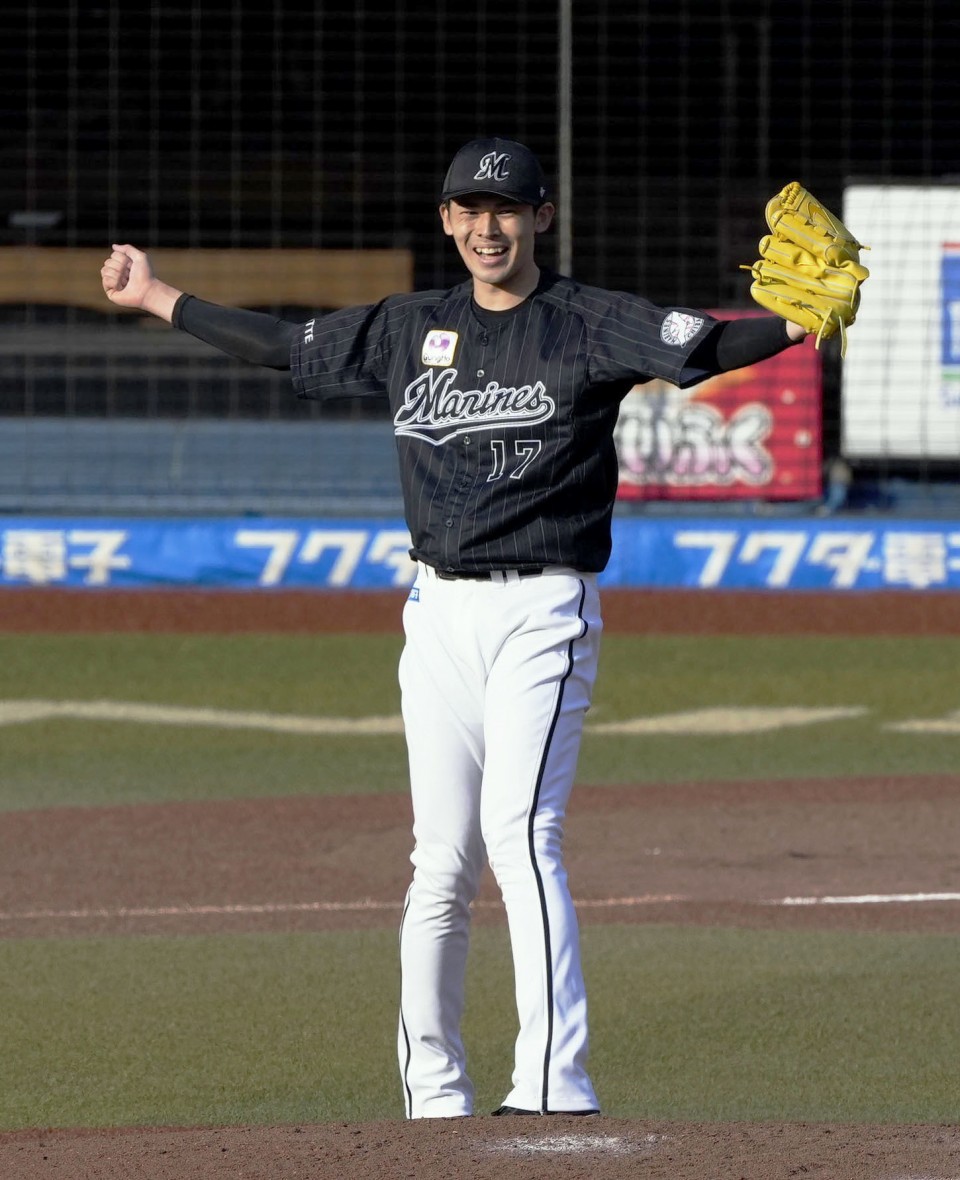 "Honestly, I wasn't thinking about the possibility (of a perfect game). I figured it would be OK if I gave up a hit, so I just pitched and put my trust in Matsukawa right until the end.

Sasaki tied a Nippon Professional Baseball record by striking out 19 batters when pinch-hitter Yutaro Sugimoto, the reigning PL home run champ, fanned at a forkball for the final out.

The Marines youngster started the game with a pair of groundouts before striking out two-time reigning PL batting champion Masataka Yoshida for his first of the game. Sasaki set the consecutive strikeout record by fanning Yoshida to end the fourth with his 10th straight.

Sasaki needed 105 pitches to get the job done before the home fans at Zozo Marine Stadium outside Tokyo.

"The big thing today was getting ahead in counts, being able to throw strikes," Sasaki said. "Now, I want to do my best to pitch well next time."

Orix lefty Hiroya Miyagi, last year's PL rookie of the year, allowed a run in the first on two no-out singles and a groundout but kept his team in the game until Lotte erupted in a five-run sixth.

With one out in the inning, Miyagi (0-2) hit Shogo Nakamura with a pitch, and the Marines captain dashed home from first on Brandon Laird's RBI double. Adeiny Hechavarria singled in one run before Matsukawa helped out his batterymate some more with a three-run double.

"We were all on edge on the bench, but so were the guys in the field. This is not something everyone can go through, so it's a great experience," he said.

"I have to give credit to Matsukawa for calling such a great game and doing a solid job with the bat as well. The two of them are quite a battery."

Japan's single-game strikeout record of 19 was set in 1995 by Koji Noda of the Orix BlueWave. The previous record for consecutive strikeouts was set in 1957 by the Hankyu Braves' Takao Kajimoto and equaled only once, in 1958 by Toei Flyers ace Masayuki Dobashi.

"He's doing well, but having a game like this at such an early stage of his career is remarkable," Iguchi said.

"I don't think there is anyone who had any doubts about him (Sasaki), and today not even walking a batter, that's just added emphasis."

Elsewhere, Dietrich Enns (1-0) threw five innings to win his Japan debut and Brian O'Grady backed him with his first Japan homer in the Seibu Lions' 6-0 win over the SoftBank Hawks. The Nippon Ham Fighters walked off 3-2 10th-inning winners over the Rakuten Eagles.

In the Central League, Ryan McBroom homered for the Hiroshima Carp in a 1-0 win over the Hanshin Tigers, while Keiji Takahashi (2-0) went the distance in the Yakult Swallows' 2-1 win over the Yomiuri Giants. 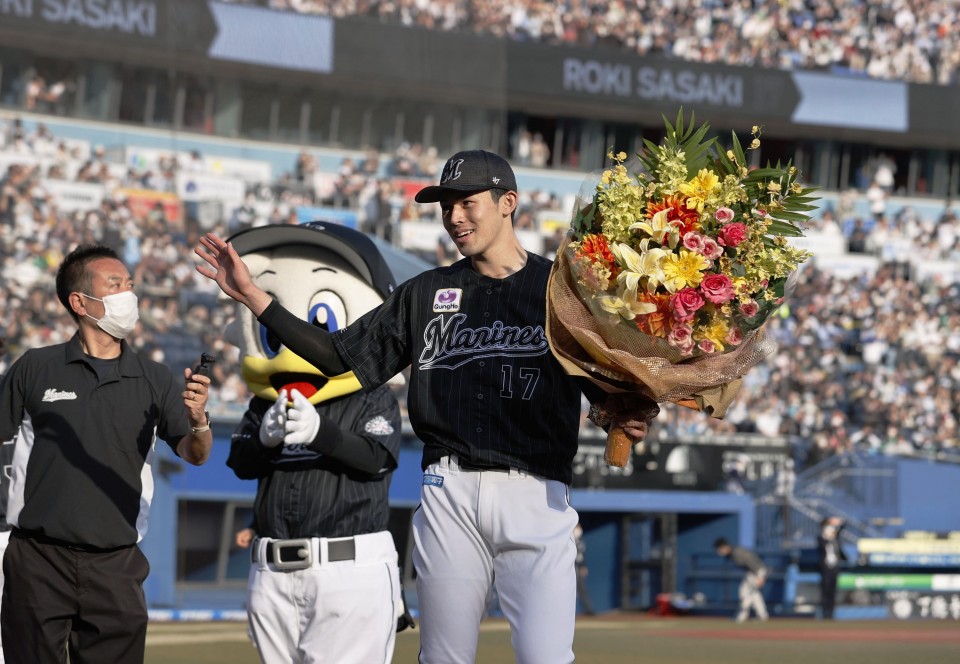 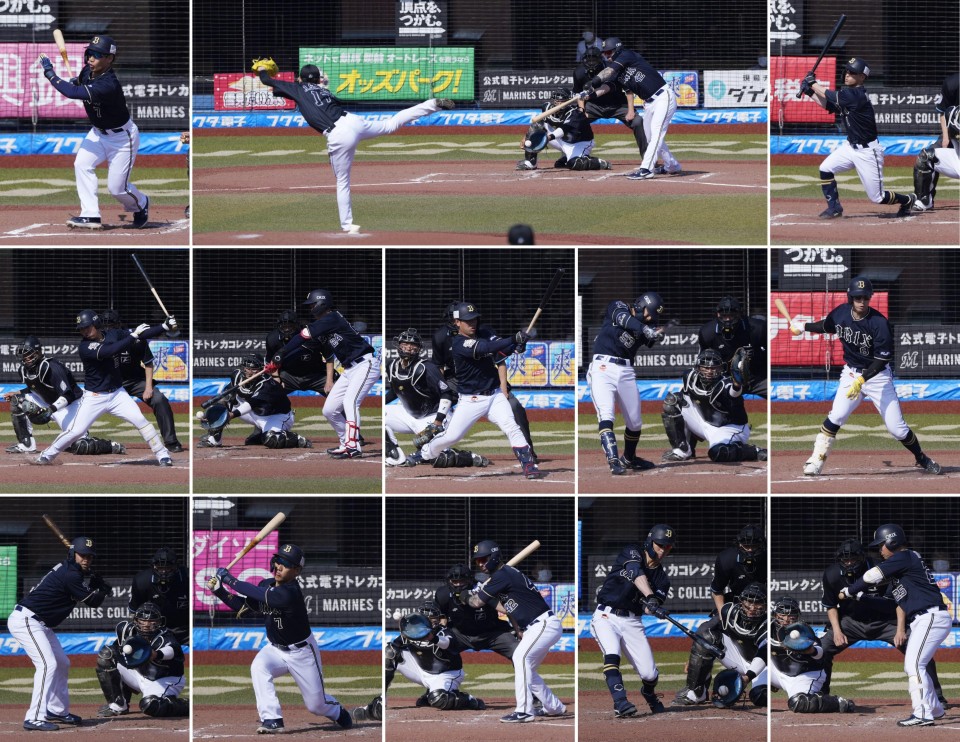