A tourist boat that went missing six days ago off Hokkaido was found underwater on Friday, the Japan Coast Guard said, as 12 of the 26 people aboard remained unaccounted for.

The coast guard will search inside the boat in the belief that some of those missing were trapped, while the government expressed hope that the vessel will be salvaged with its operator bearing the costs.

The 19-ton Kazu I was located after the Maritime Self-Defense Force conducted a search with an underwater camera off the Shiretoko Peninsula. So far the bodies of 14 people have been found since contact with the boat was lost on April 23. 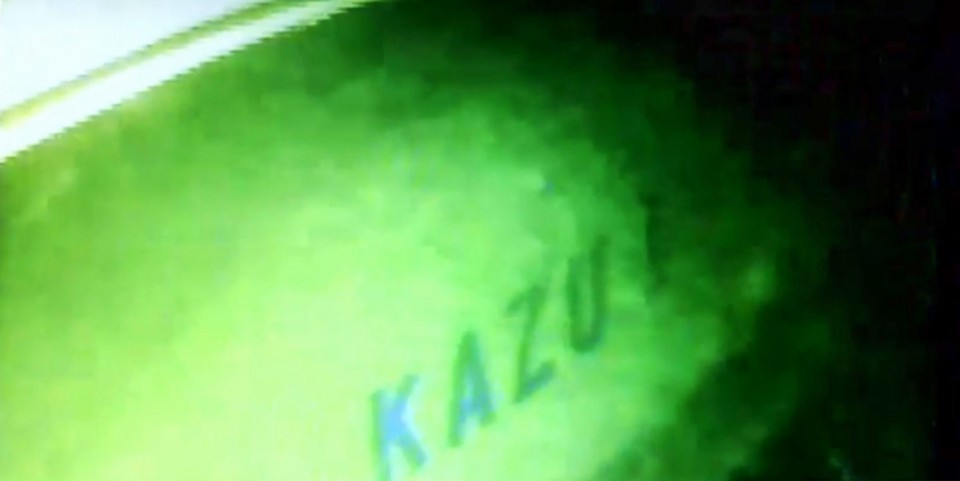 The boat was found at a depth of around 120 meters near Kashuni Falls, a popular scenic site near the tip of the peninsula, from where it issued a distress call.

The camera captured the boat's name written on the bow. The vessel was found lying on the bottom of the sea where sunlight does not reach and visibility is poor. The authorities will continue to investigate with unmanned vehicles.

Salvaging shipwrecks is typically expensive and owners are not liable.

But a senior transport ministry official visiting the site told reporters the government is hoping the Kazu I operator will "do it responsibly."

The operator, Shiretoko Yuransen, has said it will do what it can, according to the ministry. 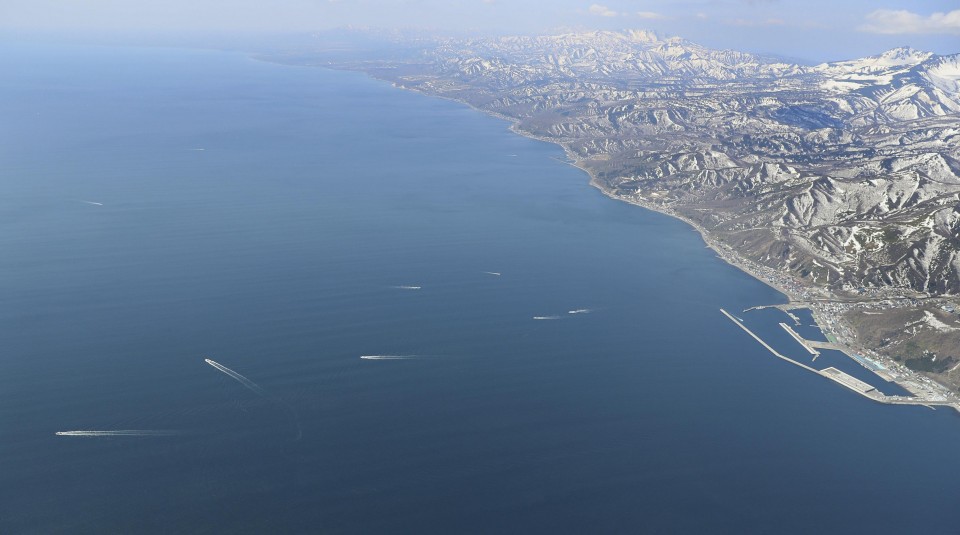 Photo taken on April 29, 2022, from a Kyodo News helicopter shows fishing and tourist boats searching for the missing tourist boat Kazu I off the Shiretoko Peninsula on Hokkaido, northern Japan. (Kyodo)

Also Friday, a coast guard official said the Russian border security agency notified it of spotting a person drifting Wednesday in the water with a life vest west of Kunashiri Island off Hokkaido.

The Russian authorities said they were unable to mount a rescue and lost sight of the person due to stormy weather, according to the Japanese official.

Kunashiri is one of several disputed islands off Japan's northern main island of Hokkaido that are collectively called the Northern Territories by Tokyo and the Southern Kurils by Moscow.

The Kazu I was sailing despite bad weather forecasts and warnings. The Shiretoko Peninsula was designated as a World Natural Heritage site in 2005. 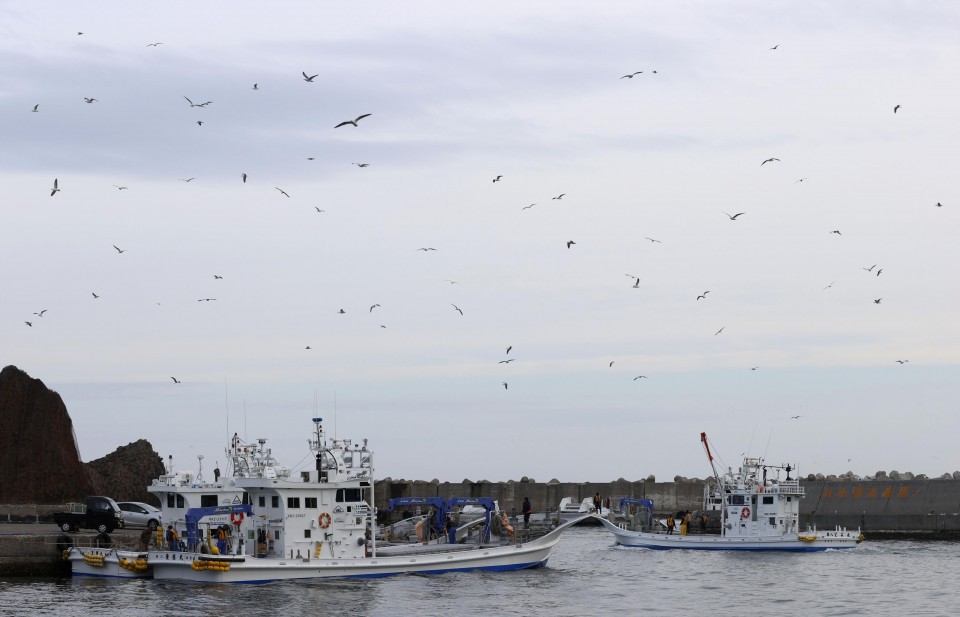 Vessels leave the Utoro fishing port in the Hokkaido town of Shari, northern Japan, on April 29, 2022, to search for people missing after a tourist boat disappeared on April 23 with 26 people aboard. (Kyodo) ==Kyodo