Japan on Tuesday ramped up its verbal warnings against the rapid pace of the yen's fall to a fresh 20-year low against the U.S. dollar, as concerns have grown at home about its blow to the economy.

Shortly after the yen slid past the 128 line, Japan's top government spokesman Hirokazu Matsuno said the government is monitoring developments in the currency market, including the yen's depreciation, and their impact on the economy "with a sense of vigilance." 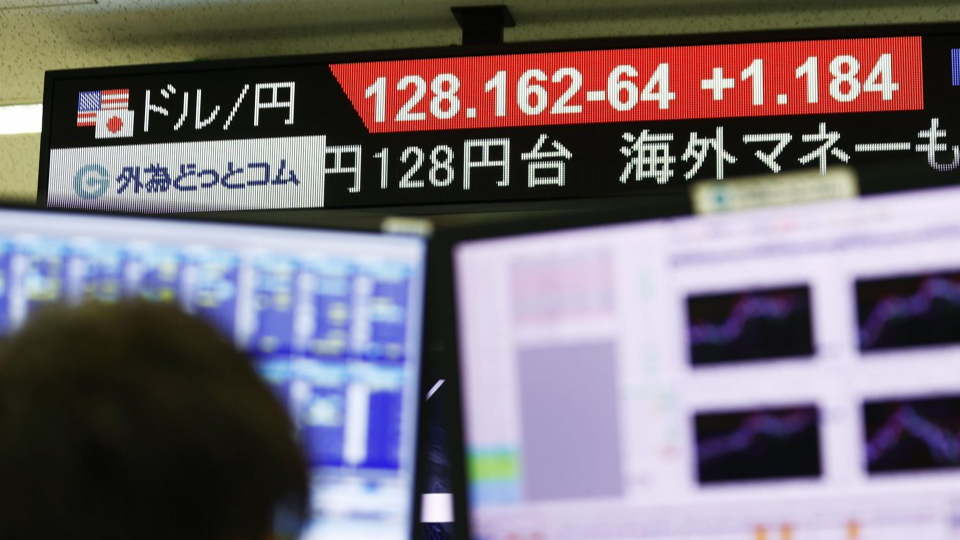 A financial data screen in Tokyo shows the U.S. dollar rising above the 128 yen line on April 19, 2022, a level unseen since May 2002, amid the continued weakness in the Japanese currency. (Kyodo) ==Kyodo

The yen saw its value decline by over 1 yen on Tuesday, even as Finance Minister Shunichi Suzuki weighed in earlier in the day, terming the currency's rapid fluctuations "undesirable."

Recent comments on the yen by Japanese government officials and Bank of Japan Governor Haruhiko Kuroda have so far failed to arrest the currency's depreciation, blamed on diverging paths for Japanese and U.S. monetary policies to tackle inflation. 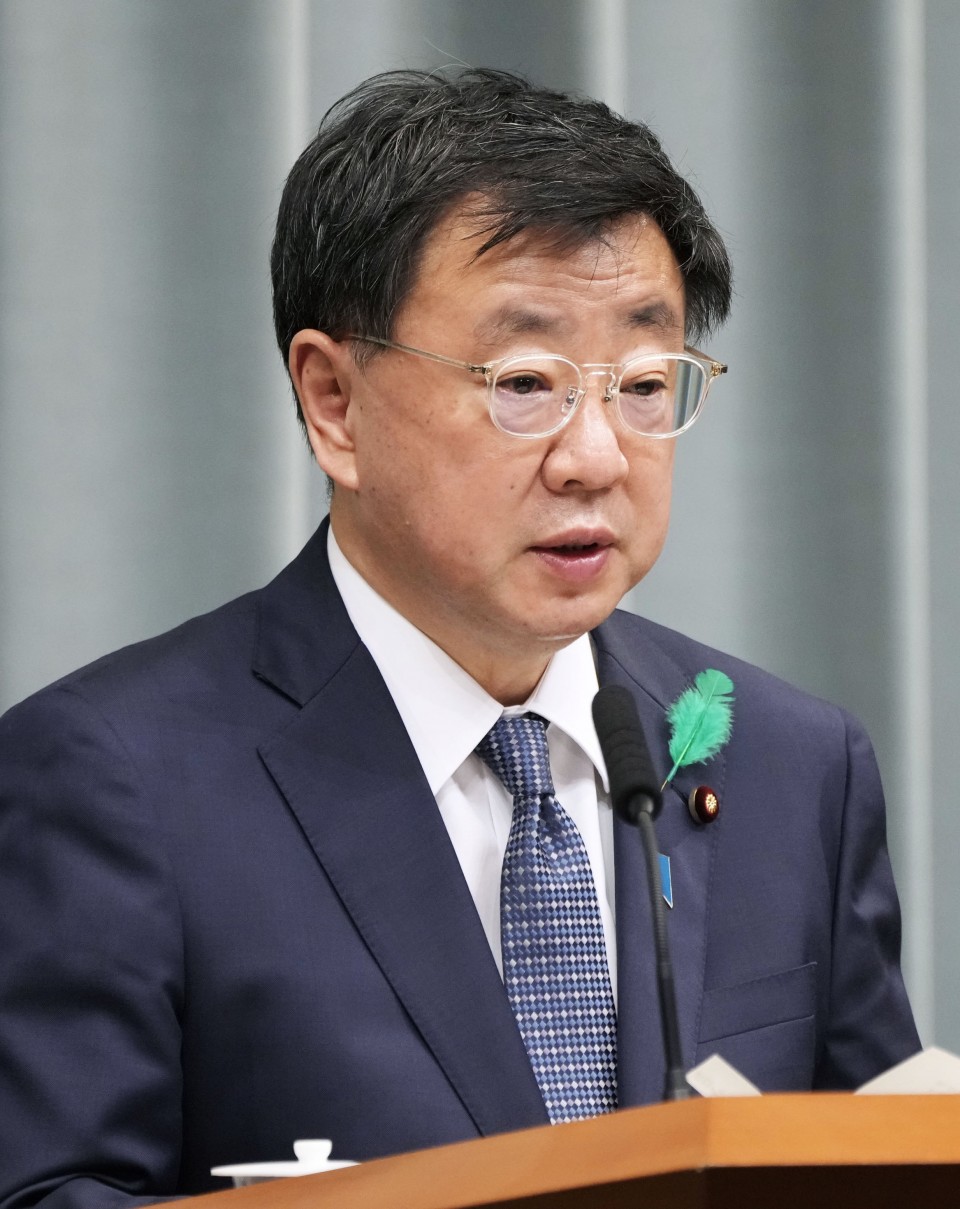 Analysts say the main driver of the yen's retreat is the prospect that the BOJ will maintain its monetary easing for an extended period amid slow inflation even as the U.S. Federal Reserve is scrambling to tame price increases by raising interest rates.

Despite the verbal warnings, some market watchers see the government and the BOJ as unlikely to step into the market by buying the yen and selling the U.S. dollar.

"The government will communicate closely with U.S. and other monetary authorities, and respond appropriately," based on the view shared by the Group of Seven nations that excess volatility and disorderly movements negatively affect the economy and financial stability, Matsuno said.

Group of 20 finance ministers and central bank governors are scheduled to meet on Wednesday in Washington at a time of surging commodity prices largely driven by Russia's invasion of Ukraine.

"Close communication is needed with currency authorities such as those in the United States," Suzuki said prior to his departure for Washington.

A weak yen has been seen as a boon to Japanese exporters as it boosts their overseas profits when repatriated. When combined with soaring crude oil and other commodity prices, however, it becomes a headache for resource-scarce Japan because it means increased import costs.

Japanese authorities have gradually shifted their tone as the yen has depreciated at a rapid pace. Suzuki has described the current yen weakness as "bad" for the economy.

Suzuki is planning to hold a bilateral meeting with U.S. Treasury Secretary Janet Yellen on the sidelines of the G-20 gathering and may discuss possible policy coordination in the foreign exchange market.

BOJ chief Kuroda has taken the view that a weak yen is generally positive for the Japanese economy. But he has gradually changed his tone to underscore its negative aspects.

Kuroda, who once served as Japan's top currency diplomat, said Monday the recent yen slide has been "quite rapid," and a sharp fall is "a minus" in that it raises uncertainty and makes it difficult for companies to draw up business plans.