An ethnic Korean singer said Saturday she hopes the transformation of her hometown, from a site fighting decades of discrimination to a place promoting peace and human rights, will lead to Japanese society becoming more inclusive.

Chong Ami, who was a member of the major Japanese theater group Shiki Theatre Company for more than 10 years, sang Arirang during a ceremony marking the opening of a museum chronicling the history of her hometown Utoro. 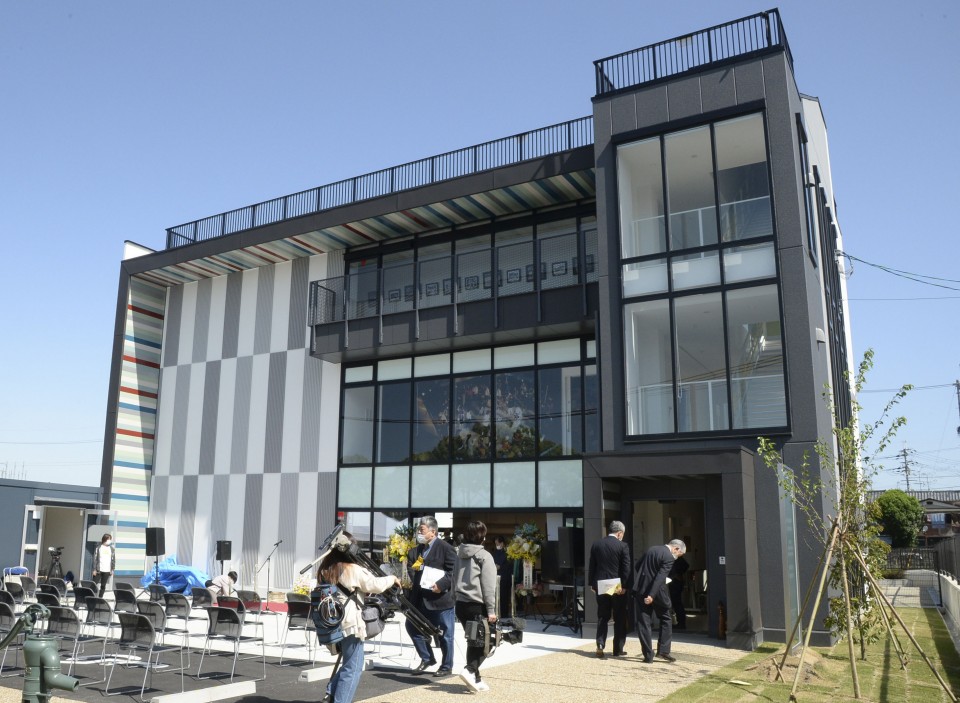 The singing of the well-known Korean folk song was meant to take the place of the "national anthem" usually performed at ceremonies, said the third-generation Korean resident. Utoro is a community formed during World War II by laborers from the Korean Peninsula, then under Japanese rule, who were constructing an airfield.

"Arirang expresses the heart of Korean people," said Chong, clad in traditional Korean attire, ahead of the ceremony at the Utoro Peace Memorial Museum in Kyoto Prefecture's Uji in western Japan.

Due to the lack of legal land ownership, the people of Utoro had to live without running water until Uji city authorities finally laid water pipes in 1988 after obtaining approval from the landowner at the time.

They were also under the threat of eviction after a new landowner, a real estate developer, sued them in 1989 demanding they vacate the 2-hectare land.

Although the residents lost the suit, they were able to purchase a third of the land on which they lived using funds raised by the Korean residents, Japanese and South Korean citizens and the South Korean government.

Since 2016, the sound of hammers has kept echoing in Utoro as the city authorities, after striking an accord with the residents, have torn down their houses to build public housing. 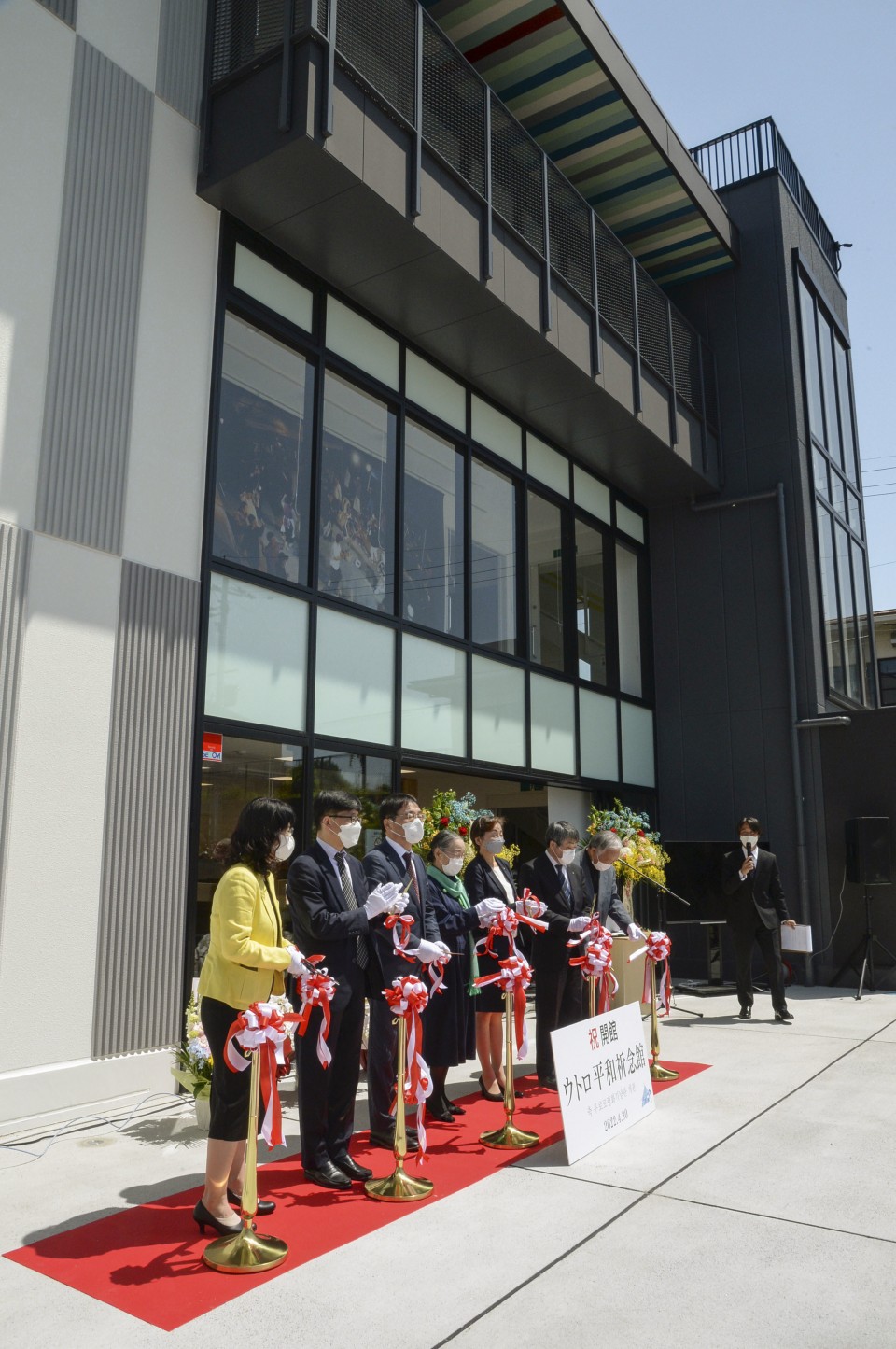 The Utoro Peace Memorial Museum holds an opening ceremony in Uji in Kyoto Prefecture on April 30, 2022, exhibiting the history of descendants of wartime Korean laborers living in the Utoro community in the western Japan city. (Kyodo) ==Kyodo

The museum is part of a plan to improve the living climate, aiming to have visitors think about human rights and peace by learning about the history of the Utoro community.

"Seeing Utoro now, I feel some loneliness. I almost wonder if this is really where I was born and raised," said the 44-year-old singer, who lived in the area until around 20.

While a member of the Shiki Theatre, Chong was in the cast of the Lion King, playing the role of the baboon Rafiki.

But there were some awkward moments at the time, she said. Somebody who saw Chong wearing a name tag on her chest looked surprised and said, "How come you can speak Japanese so well?" That person knew little about Korean residents of Japan.

"I think Utoro is just the tip of the iceberg. There must be other neighborhoods where ethnic Koreans suffer from discrimination," said Chong, who now works as a freelance singer. "I hope that (transformation of) Utoro will attract attention so that Japanese people will be more aware of the existence of Korean residents."

The ceremony was attended by local officials, including the mayor of Uji, and representatives of both pro-Seoul and pro-Pyongyang groups of Korean residents. 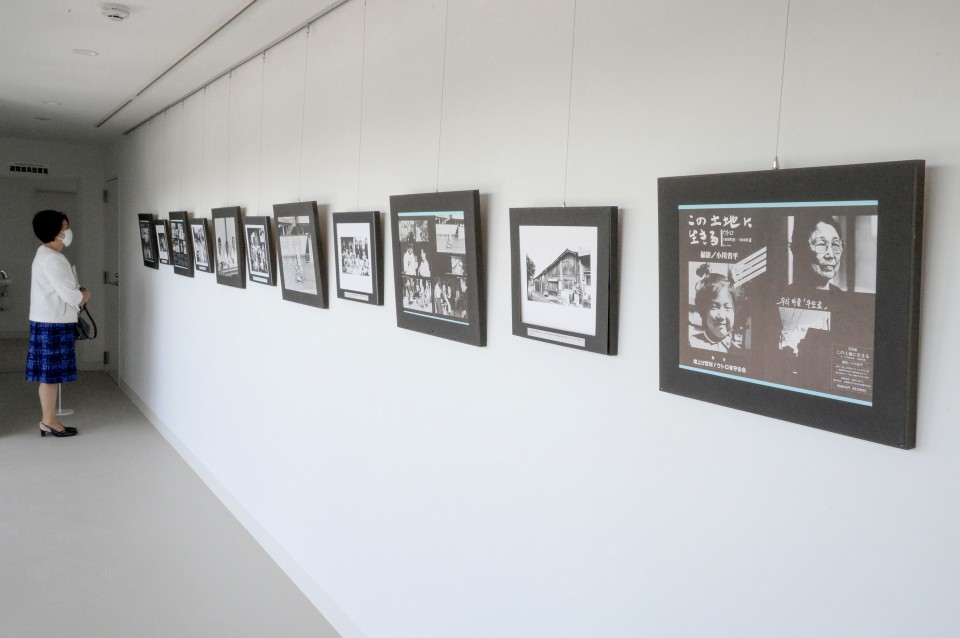 Photo taken April 30, 2022, shows the interior of the Utoro Peace Memorial Museum in Uji in Kyoto Prefecture, exhibiting the history of descendants of wartime Korean laborers living in the Utoro community in the western Japan city. (Kyodo) ==Kyodo