Hotaka Suyama made a little history on Friday when the student of philosophy passed the first part of his entrance test to enter pro sumo as its first apprentice wrestler from the University of Tokyo, a bastion of elite academia. 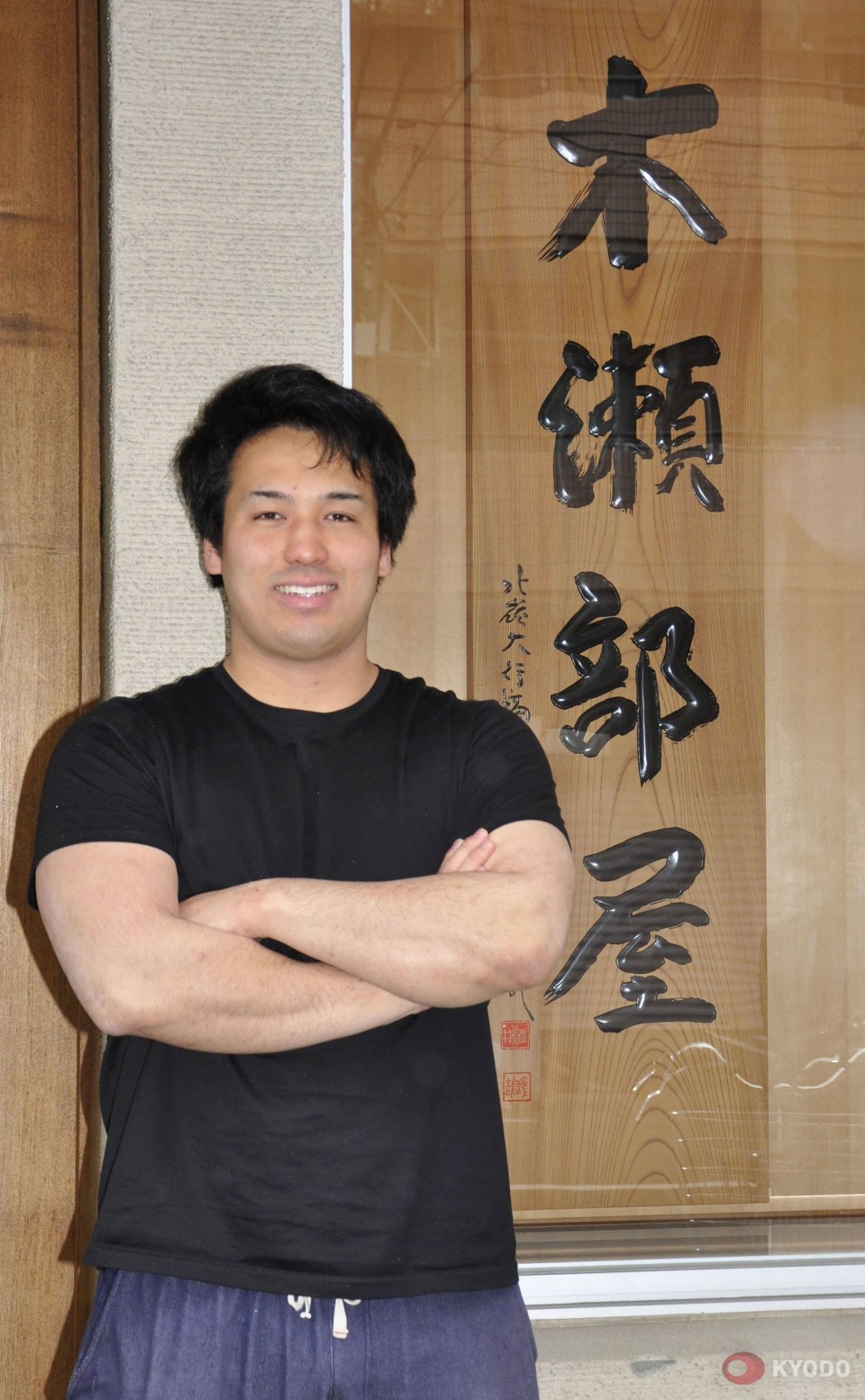 "It feels like I'm just at the starting line," the 24-year-old Suyama said after taking the first step on his unprecedented challenge.

The 1.80-meter 104-kilogram 24-year-old surpassed the JSA's minimum height and weight requirements. If an internal organ examination discovers no problems, Suyama will be able to make his debut on the third day of the May tournament.

While physically large enough for the JSA and much stronger than when he joined the university's sumo club, Suyama is not where he had hoped to be physically at this stage after the coronavirus pandemic curtailed his chances to train. 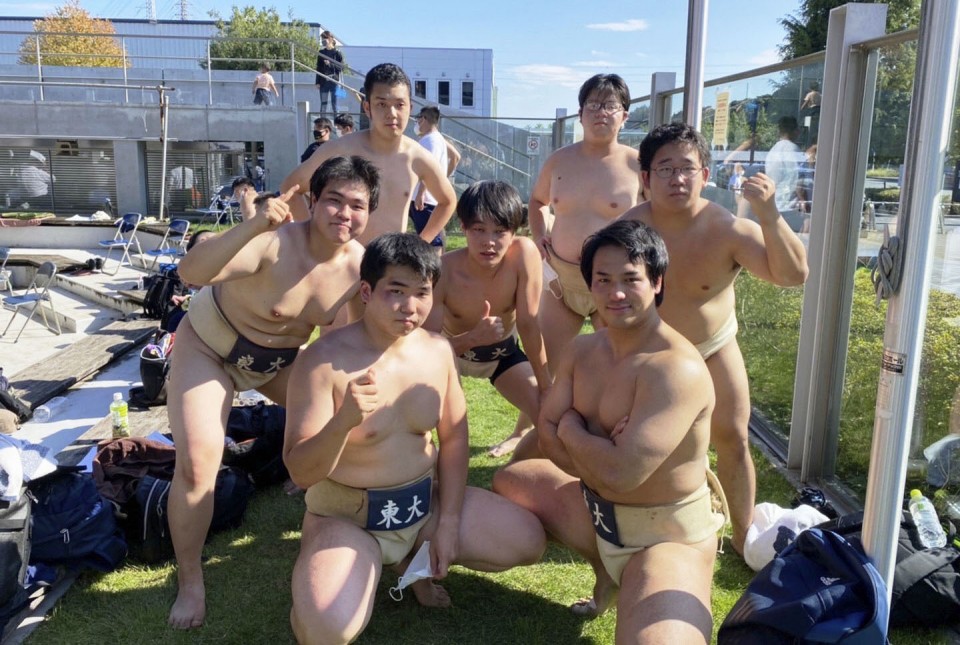 Hotaka Suyama (R in front row) is pictured with other members of the University of Tokyo's sumo club in Ageo, near Tokyo, in October 2021. (Photo courtesy of Hotaka Suyama)(Kyodo)

"I was thinking I wanted to be stronger. I decided to join up out of my desire to become stronger," said Suyama, who joined his university club weighing in at 73 kg but is now diving into the deep end of a competitive world where university background holds no weight.

He began his new life at the Kise sumo stable Thursday, where he will live and train.

"I absolutely have to become accustomed to this group living, something I have never experienced," he said.

Suyama, who will balance his education in the sumo world with his other studies until he graduates next March, describes his ideal sumo as "fast and powerful," like that of former Mongolian-born grand champion Harumafuji.

Although there have been four wrestlers in the past out of one of Japan's other national universities, Suyama's entrance out of Todai, as the University of Tokyo is commonly called in Japanese, is on another level altogether.

Asked whether he felt extra pressure, Suyama said, "Not particularly. Day by day, I just want to give my all."