Former emperor, empress move out of temporary home in Tokyo

Japan's former Emperor Akihito and his wife former Empress Michiko moved out of their temporary home in Tokyo on Tuesday, as they prepare to complete the process of swapping residences with the current emperor and his family. 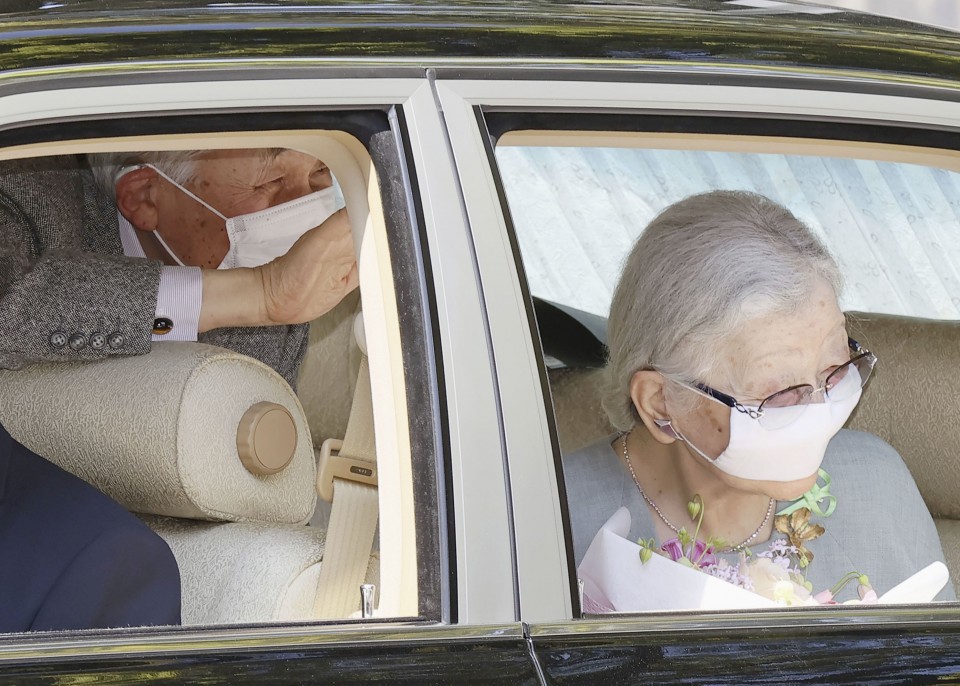 The elderly couple will stay at the Hayama Imperial Villa in Kanagawa Prefecture for the next two weeks while their belongings are moved to the Akasaka residence, their aides said.

At the Akasaka residence, where they brought up their eldest son Emperor Naruhito and their two other children and lived until December 1993, renovations to accommodate the senior couple's needs were completed at the end of last month. The emperor and his family moved into the Imperial Palace in September 2021 after it had finished being remodeled.

The former emperor, 88, and former empress, 87, were seen off on Tuesday by about 50 children from a nearby nursery school they interacted with during their time at the Takanawa residence.