Firms in Japan are trying to create a welcoming atmosphere for their male employees to take paternity leave as the country, facing a low birth rate, seeks to increase fathers' engagement in child-rearing with the enforcement of a new law. 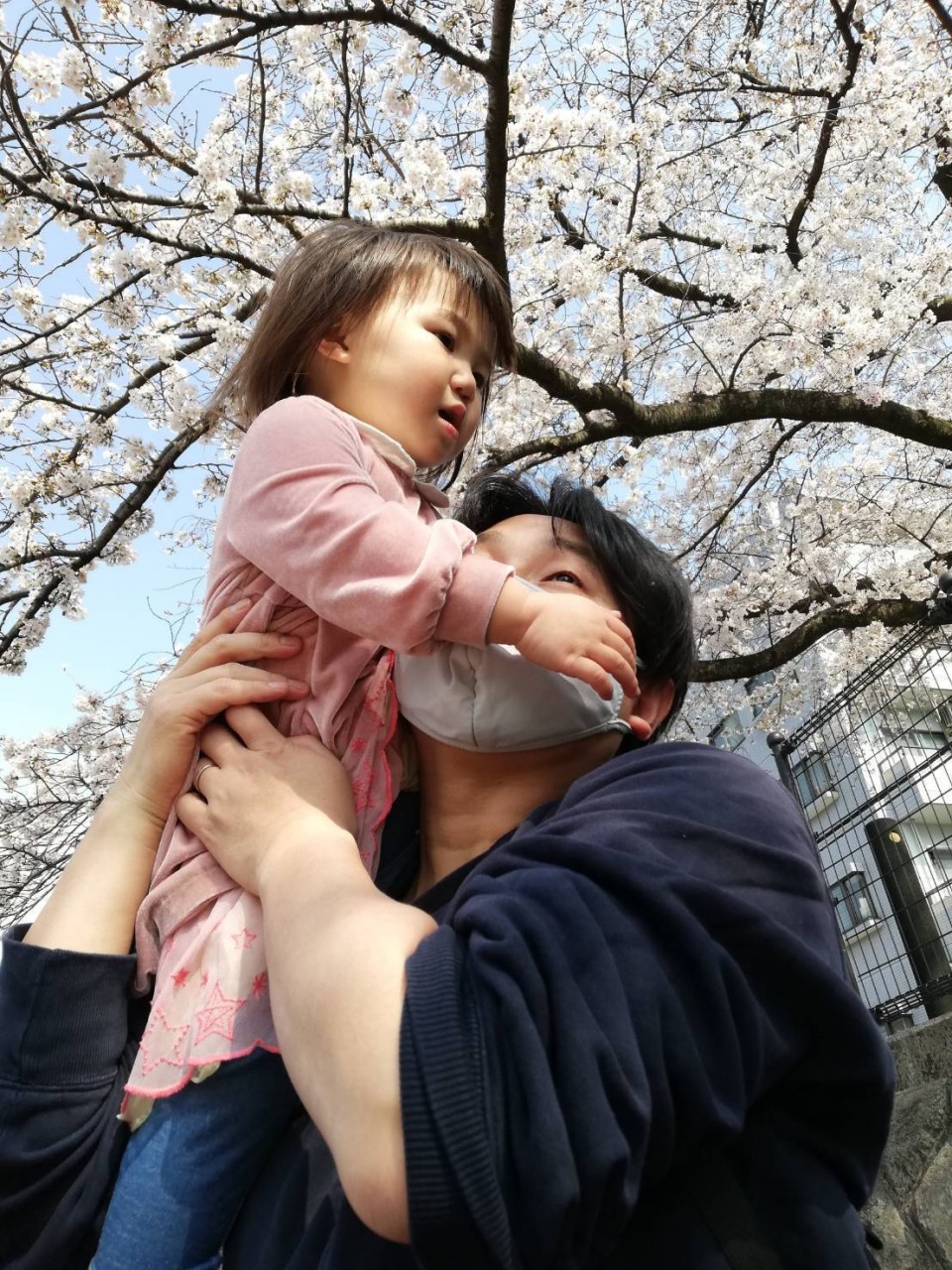 From the start of this month, all companies must notify their employees, including men, about child-rearing leave and ask them whether they intend to use it. A senior labor ministry official said that rather than doing this just as a formality, companies should make it as easy as possible for men to take paternity leave.

In Japan, the percentage of fathers taking such leave has remained low, hovering between near zero and single digits for decades until it rose to 12.65 percent in 2020, in an apparent sign of changing attitudes. The government aims to raise the ratio to 30 percent by 2025.

But when the Cabinet Office conducted an online survey last year, 42.2 percent of married male respondents in their 20s and 30s said they do not intend to take child-rearing leave, and just 8.4 percent of them were willing to take it for more than a month.

The largest group, accounting for 42.3 percent, said they do not want to inconvenience their company when asked about reasons for not taking leave.

Yet, fathers in Japan who have taken leave tell a different story, calling it a necessary experience.

Junji Saito, a 44-year-old company employee with five children, the youngest a 2-year-old, is among them.

Saito said he had mostly left child-rearing to his wife until one day she, then pregnant with their fifth child, told him, "I'll die if things stay this way." Shocked by her words, he explained, "It wasn't a time to be working."

With the wake-up call, Saito, who had only occasionally taken paid leave to look after his family, decided to take a year off from 2019.

But he received the cold shoulder from people at work. His boss and colleagues were reluctant to back his plan as men at his company took only a few days of leave at most. 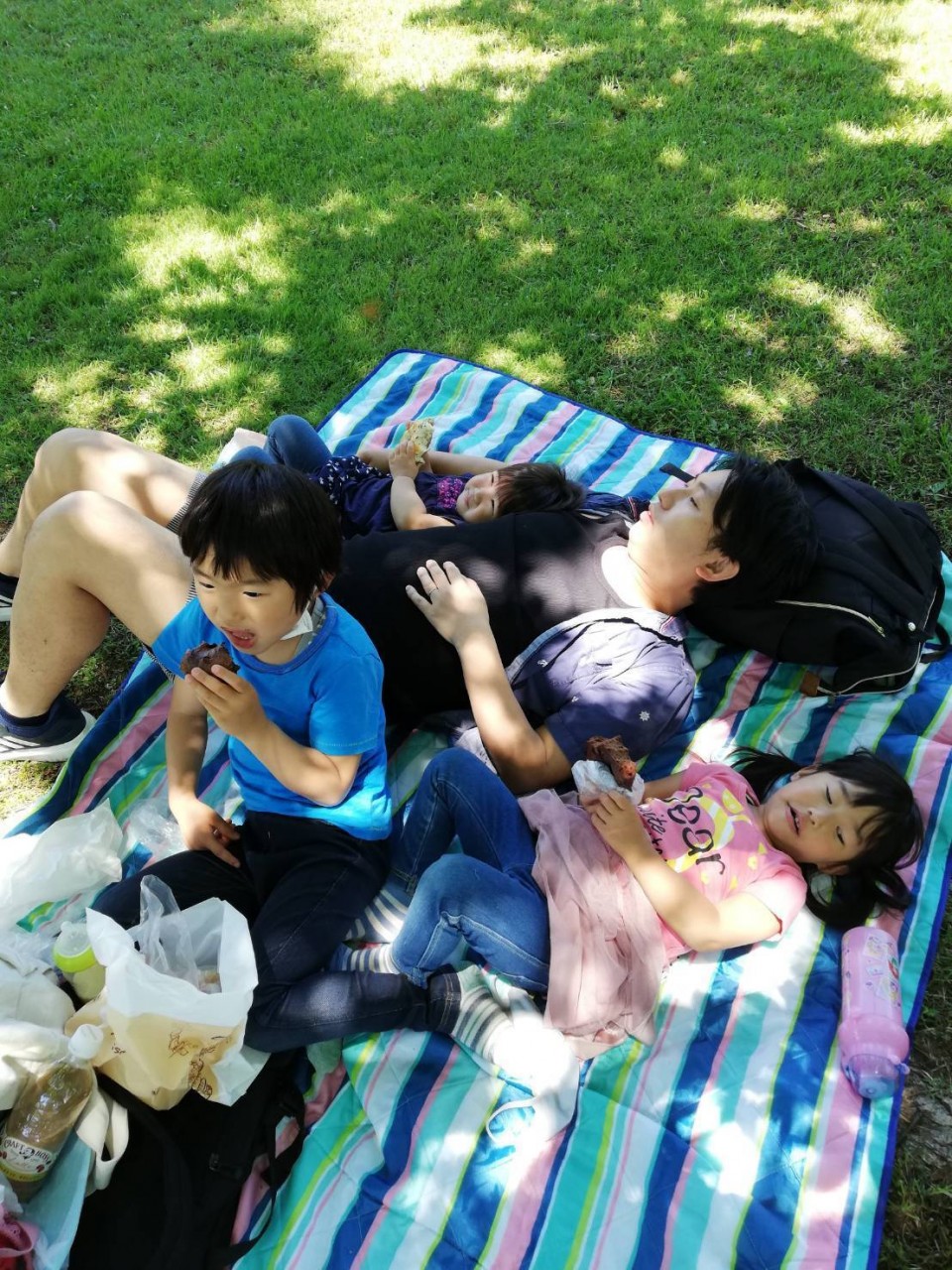 Shunji Saito, who took a year-long paternity leave, spends time with his children in Tokyo in May 2021 (Photo courtesy of Shunji Saito)(Kyodo)

Although Saito eventually persuaded his boss, permission was granted "grudgingly," he said.

But what awaited him was a string of eye-opening experiences that made him realize the importance of spending time with his family. For this, he has no regrets.

"Taking paternity leave is our right. I hope people who wish to take it can do so as a regular thing," Saito said.

Firms are taking various approaches to address the issue.

Fantas Technology Inc., a Tokyo-based real estate investment company, which formerly had practically no male employees taking leave, has been having those in senior posts take the lead by taking time off since 2020.

In January, the company also introduced a system for employees to pass on their work to employees in different sections who would then be rewarded for taking on the extra tasks, hoping to eliminate the common concern about burdening others.

Hey Inc., an IT firm in Tokyo that has created an inclusive atmosphere, reported 85.7 percent of its male employees with children took leave in fiscal 2020.

Employees at the company share an online calendar and input the time they will pick up their children or when they will attend school events or other activities. They are permitted to attend meetings remotely with their children while teleworking.

"Not only child-rearing but also caring for elderly or sick people is something anyone could go through. Getting help from others is important," said Chiho Kato, a Hey employee. "If we respect each other while we work, difficulties won't arise," she added.