As she aims for the pinnacle of women's sumo, 14-year-old Mayu Yanagihara is driven by a burning desire to compete on the male-only stage of the ancient sport's spiritual home.

The junior high school student from Sakai, Osaka Prefecture, who trains against boys in a sport dominated by men, has from the start dreamed of wrestling at the venerated Ryogoku Kokugikan in Tokyo, even if the Japan Sumo Association does not allow women to enter the ring. 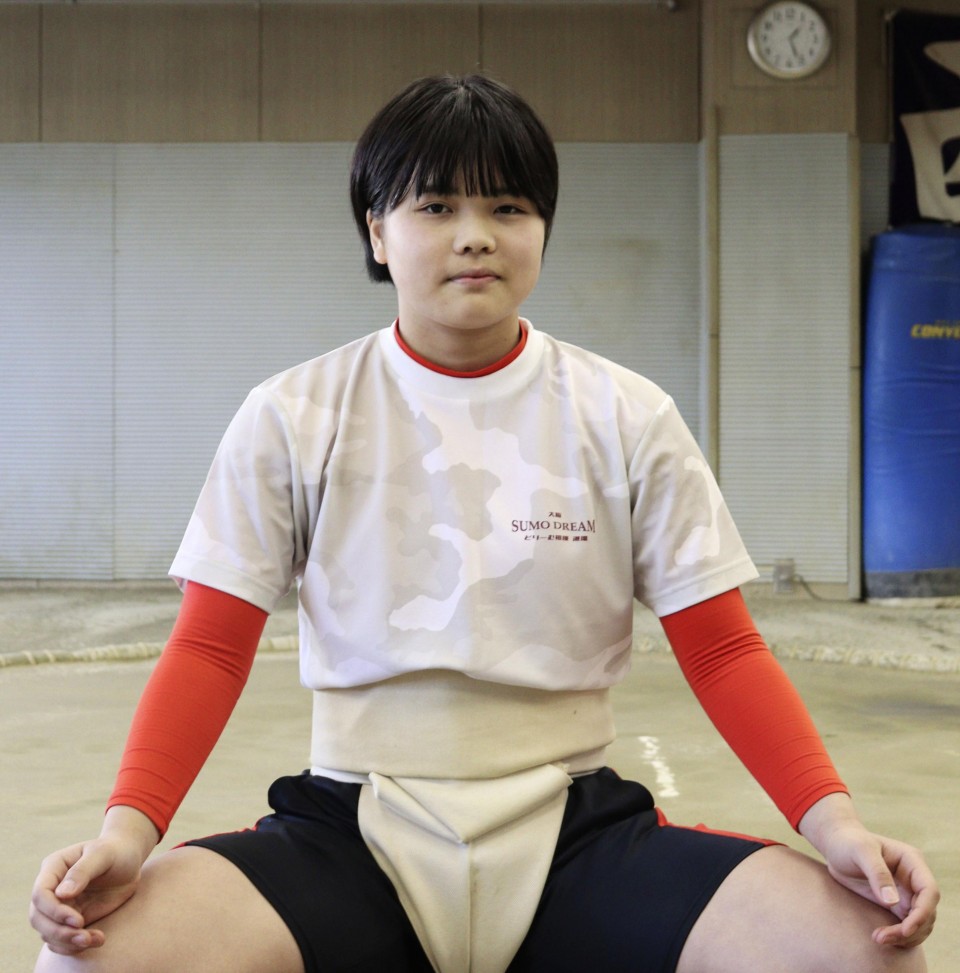 Photo taken on Feb. 12, 2022, shows 14-year-old Mayu Yanagihara, who is aiming to become a top female sumo wrestler, in the city of Osaka, western Japan. (Kyodo)

According to the Japan Women's Sumo Federation, the first domestic tournament for female wrestlers began in 1997, with the first international meets starting in 2001. Unlike men's competition, women's sumo is separated into weight categories.

"I've never felt a gender barrier," said Yanagihara, who took up the sport in her first year in elementary school after visiting a sumo stable with her father Yuichi during the JSA's major spring tournament in Osaka.

The wrestlers' power captivated the young girl, who began training at a local sumo club and park. She won the national title as a fifth-grader, and last October was runner-up in the under-60-kilogram junior high school division.

When a JSA regional tour visited her hometown of Sakai in April 2018, she had hoped to train alongside young male wrestlers on the ring but was barred due to her gender.

On the same spring tour, girls across the country could not participate despite having been previously allowed. The JSA explained the decision was based on "safety concerns," but subsequently called off the children's event altogether.

"It was disappointing because I thought women's sumo wasn't being recognized," Yanagihara recalled.

The tradition of the JSA forbidding women -- considered "ritually unclean" -- from entering the raised ring has been criticized in recent years, most notably in 2018 when female medics were ordered to leave the competition area at a sumo venue while they were providing emergency treatment to a local mayor who had collapsed from a stroke.

While Ryogoku Kokugikan hosts amateur tournaments for men and boys, none are held for women. 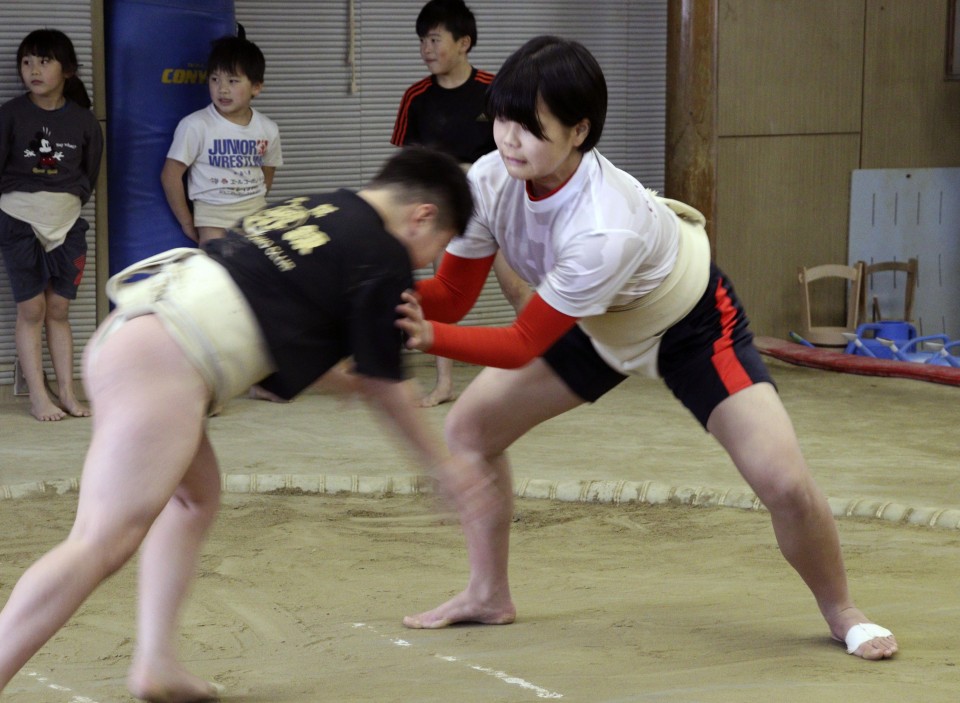 Photo taken on Feb. 12, 2022, shows Mayu Yanagihara (R) as she trains against a younger boy in the city of Osaka, western Japan. (Kyodo)

"My daughter just loves sumo and is giving her all to beat whoever she's facing in the ring. Male or female, that desire is the same for everyone," the 53-year-old Yuichi said.

As Yanagihara takes aim at a women's world title and hopes to increase interest in women's sumo around the world, her hunger to wrestle at Ryogoku Kokugikan continues to propel her forward.

"It's been my inspiration since I started sumo. Some part of me has given up on that, but I do want to wrestle on that stage one day," she said.

"The attraction of sumo is that it presents a chance for smaller-sized wrestlers to beat bigger opponents. I want to get stronger and develop a more dynamic style."

Sumo: JSA to hear views on tradition of banning women from sumo ring