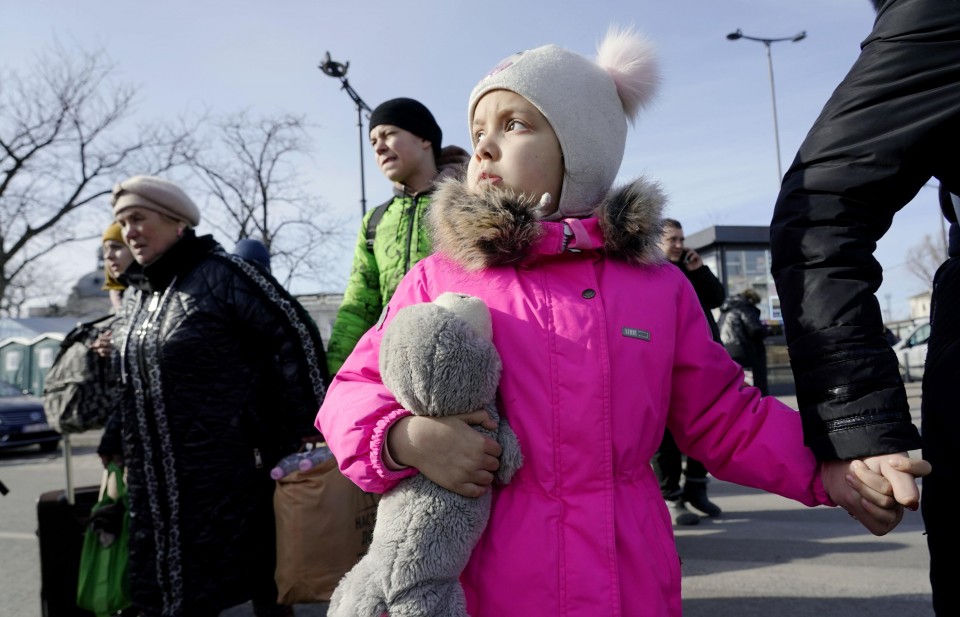 A child is pictured in Lviv, western Ukraine, on March 12, 2022, after arriving there by train for evacuation amid the Russian invasion. (Kyodo) ==Kyodo

The request came after the Group of Seven leaders recently affirmed that Russia could not use such assets to elude sanctions, and it builds on Japan's current asset freezes of Russian and Belarusian individuals and organizations.

Sullivan is likely to have pressed China not to help Russia by alleviating the impact of sanctions it is facing from the United States, Europe and other U.S. allies. But the prospect of a breakthrough coming from the meeting appears slim.

TOKYO - Families of Japanese nationals abducted by North Korea in the 1970s and 1980s asked U.S. Ambassador to Japan Rahm Emanuel on Monday to help resolve the longstanding issue, saying little time is left for the aging relatives.

Twelve members of the families' group pleaded their case in the roughly one-hour meeting at the U.S. ambassador's residence in Tokyo, with Emanuel vowing continued U.S. support in resolving the issue, according to the Japanese government.

Kawai has been convicted of handing out a total of 28.7 million yen ($244,600) to 100 local assembly members and supporters in his wife Anri's constituency in Hiroshima in an attempt to buy votes.

Shenzhen placed under lockdown as COVID-19 cases surge in China

HONG KONG - China's major tech hub of Shenzhen on Monday came under a citywide lockdown in the face of rising coronavirus cases in the country's mainland and Hong Kong.

Shenzhen's 17 million residents have been asked to stay at home through March 20, during which the southern city, bordering Hong Kong, will carry out three rounds of mass testing and suspend public transport services, according to a local government notice.

The Angels will begin practicing Monday, around a month later than usual, after Major League Baseball players and owners agreed to terms on a new labor deal, ending the league's 99-day lockout.

LONDON - Japanese director Ryusuke Hamaguchi's "Drive My Car" won the British Academy of Film and Television Arts award for a film not in the English language on Sunday, its latest international accolade in the run-up to the Oscars.

The film, based on a short story of the same title by novelist Haruki Murakami, has been nominated in four Oscar categories including best picture, becoming the first Japanese film to land the prestigious Oscar nomination.

LONDON - Some Asian and Oceanian nations are ramping up weapons purchases as they become increasingly wary of China's growing regional ambition, a report published by the Stockholm International Peace Research Institute showed Monday.