The official film of the Tokyo Olympics will be released in two parts -- one depicting the games from the eyes of the athletes and the other from staff and volunteers -- its award-winning Japanese director Naomi Kawase said Thursday.

"I would be grateful to see future generations use this film as a textbook, including to study whether our choices were right or wrong," Kawase said during a press conference in Tokyo. 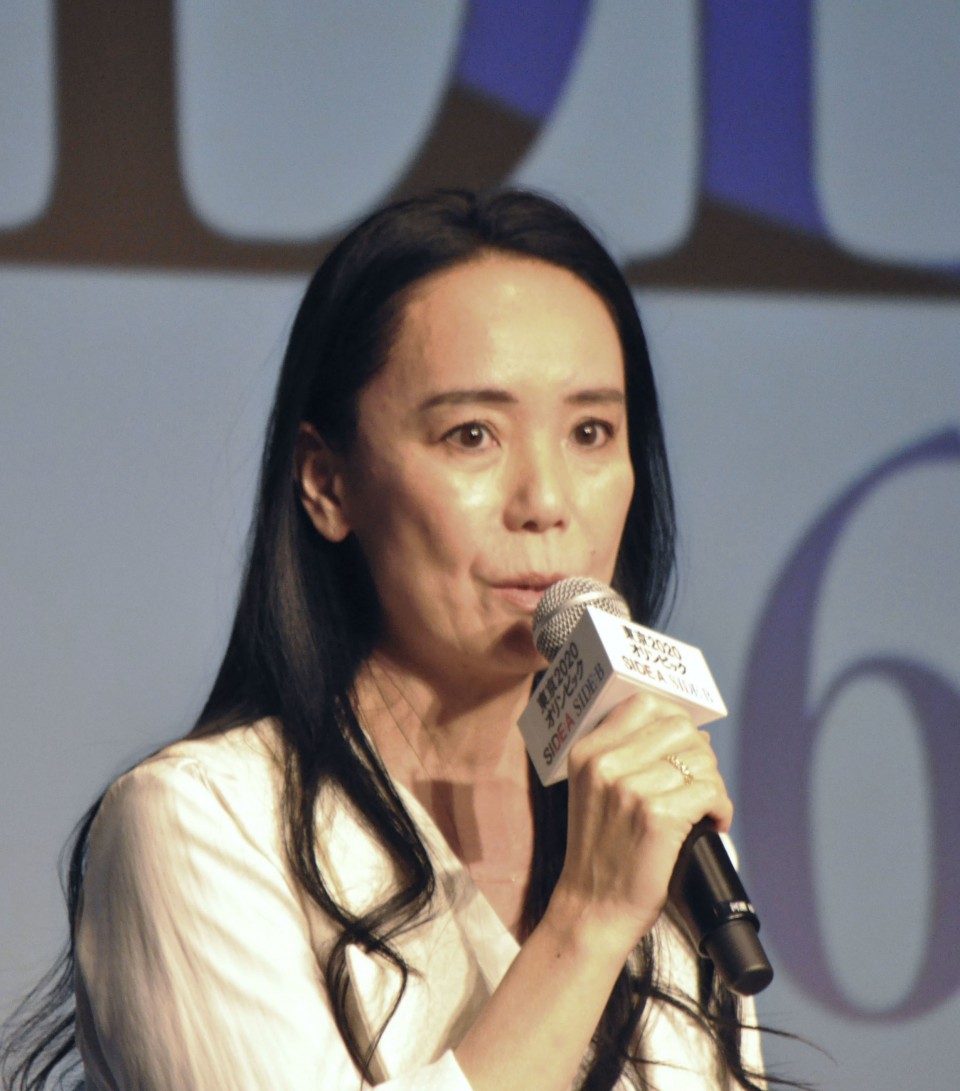 Japanese director Naomi Kawase speaks about the official Tokyo Olympics film at a press conference in Tokyo on March 24, 2022, in Tokyo. (Kyodo)

The film, a behind-the-scenes record of events related to the Olympics held last summer amid the coronavirus pandemic, will have its "Side: A" debut on June 3.

"Side B," to be released on June 24, will document the postponement of the Tokyo Games for one year due to the outbreak of the virus, as well as controversial developments in the run-up to the sports extravaganza.

The developments included the resignation of Yoshiro Mori as head of the games' organizing committee over sexist remarks toward women.

Kawase said she decided to make a two-part film as one centered solely on athletes, as is the norm, "would be meaningless as an archive to be handed down to the future."

The Japanese director also referred to misleading subtitles in an NHK documentary about the production of her film that aired last December, saying it was "unbelievable and regrettable such an untrue portrayal was made."

The subtitles had erroneously claimed that a man who participated in a protest against the Olympics had been paid to do so.

"It is common sense even among staff that opposing opinions should be taken into account and depicted in the film," Kawase said.

A native of western Japan's Nara Prefecture, Kawase became the youngest filmmaker to win the Camera d'Or award for best debut director at the Cannes Film Festival for her first feature, "Suzaku," released in 1997.

She also became the first Japanese woman to be appointed a UNESCO goodwill ambassador last November in recognition of her film work focusing on the stories of women across generations.