East Japan Railway Co. said Monday it aims to fully resume around April 20 its high-speed shinkansen train services that were disrupted in the wake of a powerful earthquake that hit northeastern Japan last week and caused one bullet train to derail.

The operator, known as JR East, said it is continuing efforts to resume full operations of the Tohoku Shinkansen bullet trains connecting Tokyo and the northeast region, after halting services between Nasushiobara Station in Tochigi Prefecture and Morioka Station in Iwate Prefecture following the quake late Wednesday.

Requiring about five weeks for resumption, it will likely become the longest suspension of the Tohoku Shinkansen Line since 2011 when the operator halted operations for about a month and a half following the magnitude-9.0 quake and ensuing tsunami that devastated the region. 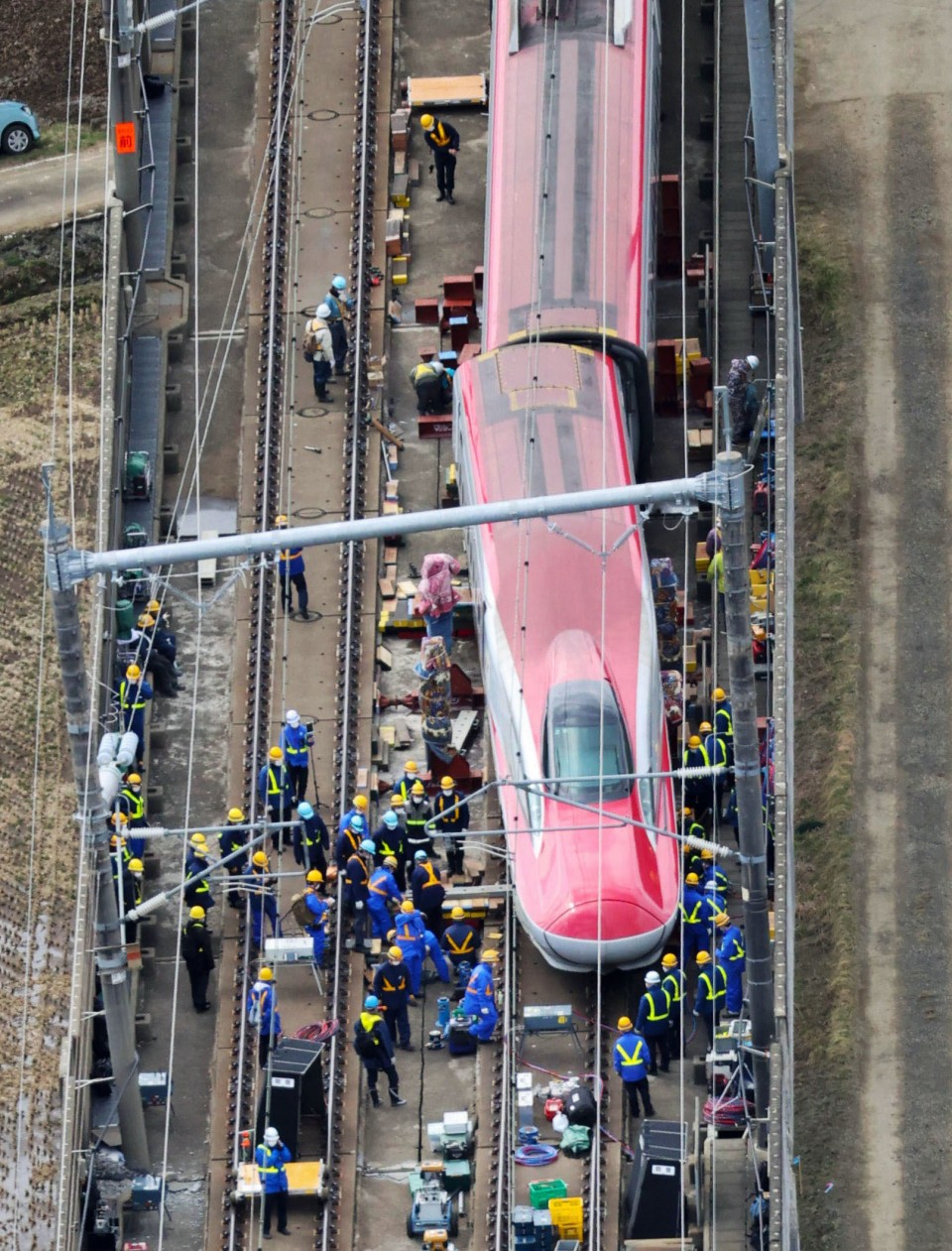 JR East said it has so far confirmed about 1,000 cases of damage to equipment and infrastructure, including about 300 on railways and 79 electric poles, between Nasushiobara and Morioka stations.

"We are sorry (that this happened) at a time when demand for travel is high. We will focus on resuming operations as fast as possible and offering alternative transportation," a JR East official said.

Many people in Japan travel or relocate during the springtime as the new academic and fiscal year begins in April.

The operator said it will resume services on Tuesday between Nasushiobara Station and Koriyama Station in Fukushima Prefecture, as well as Ichinoseki and Morioka stations, both in Iwate. It will operate between Koriyama and Fukushima around April 2, before resuming train runs between Sendai and Ichinoseki two days later.

The operator also said Monday that three passengers aboard the shinkansen train that derailed in Miyagi Prefecture due to the quake reported injuries. None of them have been hospitalized with serious injuries.

It is likely the first case in Japan that passengers sustained injuries in a derailment accident of a bullet train. Nobody was harmed when an earthquake derailed a Joetsu Shinkansen train in Niigata Prefecture, northwest of Tokyo, in October 2004, the first such accident.

The operator began work Sunday to remove the 17-car train that came off the tracks on a viaduct some 2 kilometers from a station in Shiroishi, Miyagi Prefecture. In all, 16 of the 17 cars derailed.

The company said it will take at least two weeks to remove the derailed train.