Over 40 million Chinese have come under lockdown due to a surge in coronavirus cases as the government in Beijing continues to pursue a radical zero-tolerance policy amid skepticism about its effectiveness in the face of the highly infectious Omicron variant.

The lockdowns in at least four cities, including in the southern technology hub of Shenzhen with 17 million residents, come as virus cases in the country are increasing at the fastest pace since the initial outbreak that began in the central city of Wuhan over two years ago. 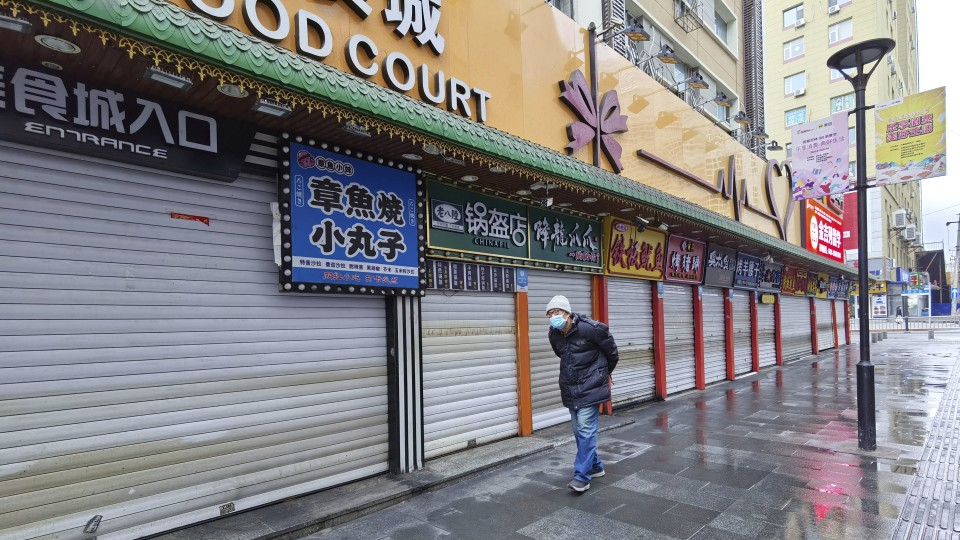 Photo shows a deserted street in Changchun, Jilin Province, in northeastern China on March 13, 2022. (Use in China, France not permitted)(CPA/Kyodo)

Also under lockdown as of Wednesday were Dongguan, an industrial city of 10 million that abuts Shenzhen, Changchun in the country's northeast with 9 million people and Langfang, which borders the capital Beijing and is home to about 5.5 million people.

Health authorities detected 3,054 new cases in mainland China on Tuesday after the number of new daily cases surpassed 5,000 the previous day. The figures represent the fastest rise since the initial outbreak even when accounting for a change in March 2020 in which the authorities began releasing data on infections without symptoms.

A local official in Jilin Province, whose capital is Changchun and which has been worst-hit during the current surge, told Chinese media that health care facilities lack the capacity to deal with the outbreak, and admitted having a poor understanding of Omicron's infectiousness.

The provincial government is working to set up makeshift hospitals to accommodate COVID-19 patients.

Residents in the cities under lockdown have seen their movements restricted, with public transportation such as bus and subways halted. Authorities are repeatedly conducting lab tests on all city residents.