The U.S. Defense Department said Wednesday it will postpone an intercontinental ballistic missile test in an effort to avoid any actions that could further heighten tensions with Russia amid its ongoing invasion of Ukraine.

"We have no intention in engaging in any actions that can be misunderstood or misconstrued," Pentagon spokesman John Kirby said as he announced the delay of the Minuteman III ICBM test launch scheduled for this week, after Russian President Vladimir Putin said he was putting his country's nuclear forces on high alert. 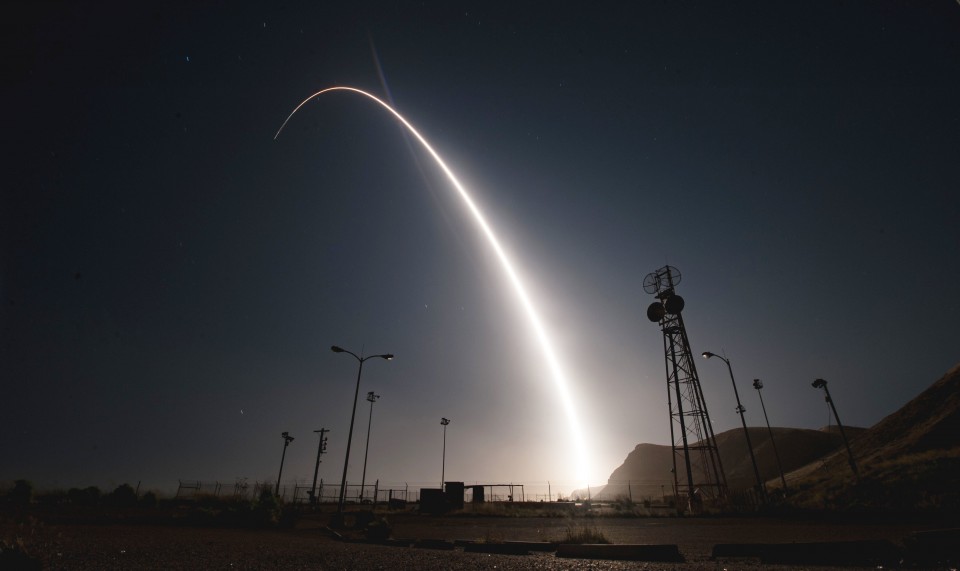 Kirby criticized Russia for its "provocative rhetoric," and emphasized the United States has "not taken any similar steps," while insisting its ability to defend its homeland, as well as its allies and partners, remains "fully intact and ready."

The decision to postpone the ICBM test has not been taken lightly, but is intended to demonstrate that the United States is "a responsible nuclear power," Kirby told a press conference.

Russia's invasion of the former Soviet republic has been under way for about a week, although the Pentagon views the Russian troops' advance toward the capital Kyiv as having stalled in the face of resistance by Ukrainians.

"We still believe it is Mr. Putin's desire to topple the government. In order to do that, he believes he has to take Kyiv," Kirby said, while noting Russian forces are now believed to be deliberately regrouping and assessing their lack of progress.

In the latest efforts to punish Moscow for what Washington calls an "unjustified" attack against Ukraine, the White House announced on Wednesday additional sanctions targeting Russia's oil refining sector and defense entities.

The measures will impose restrictions on exports of technology that would support Russia's refining capacity over the long term, according to the White House.

The United States has also decided to extend to Belarus, one of the locations where Russian forces have been positioned for the invasion, its sweeping set of export restrictions that were put in place for Russia.

"This will severely limit the ability of Russia and Belarus to obtain the materials they need to support their military aggression against Ukraine, project power in ways that threaten regional stability and undermine global peace and security," the White House said.

According to the White House, over 30 countries representing well over half the world's economy have announced sanctions and export controls targeting Russia.