Toshiba Corp. President and CEO Satoshi Tsunakawa stepped down Tuesday after shareholders called for a shake-up in management amid instability and confusion caused by changes to the company's controversial split-up plan.

Tsunakawa, 66, resigned following a board of directors' meeting earlier in the day and Taro Shimada, a 55-year-old executive officer and corporate senior vice president, succeeded him, the Japanese industrial conglomerate said.

Toshiba, a Japanese household name with a nearly 150-year history, said in February it plans to split into two listed companies instead of three after its initial rehabilitation plan drew fierce opposition from activist shareholders who desired an increased share price.

The announcement came just weeks before Toshiba holds an extraordinary shareholders' meeting on March 24 to vote on its recently decided plan. The firm is seeking majority support at the meeting. 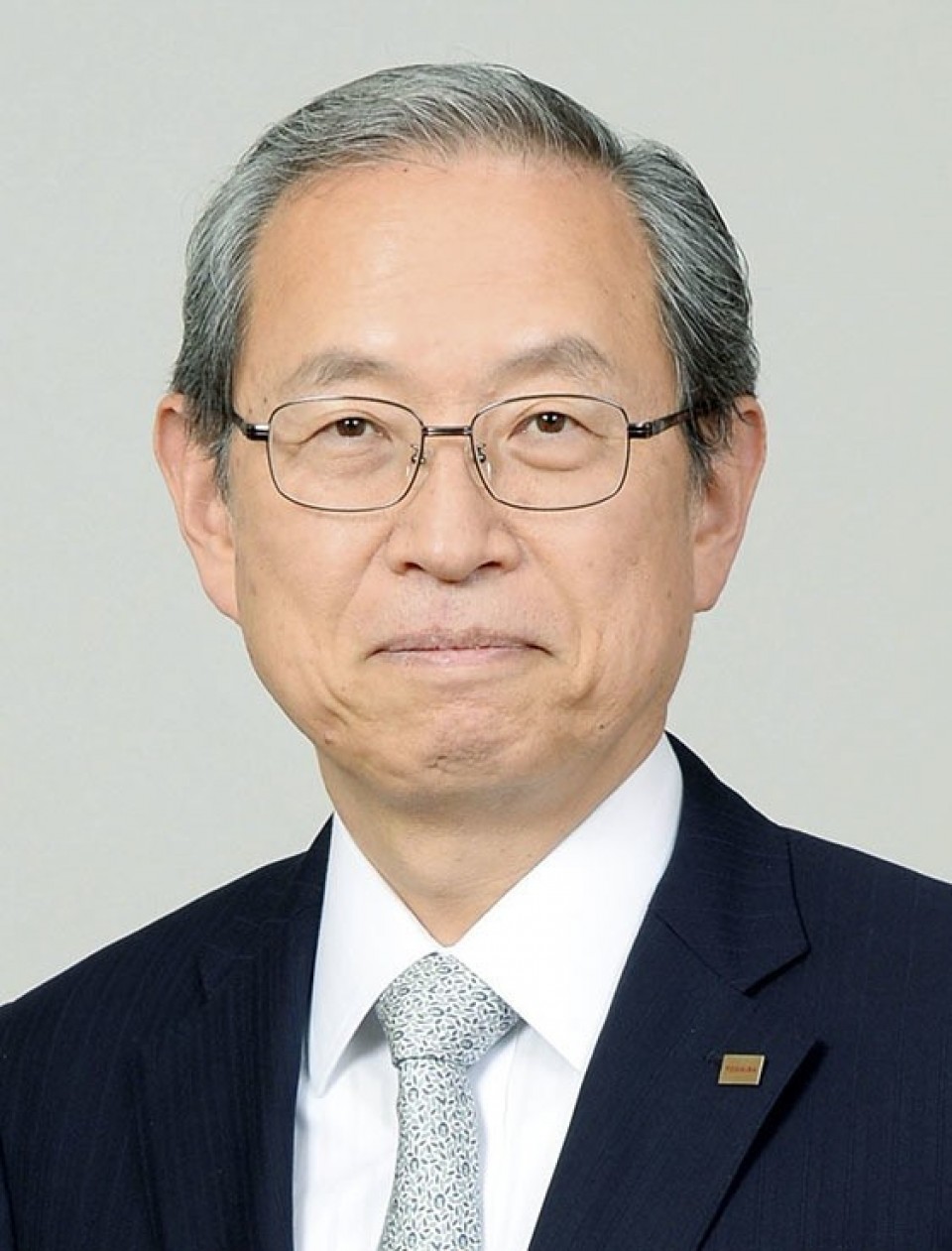 Shimada, who joined Toshiba in 2018, told an online press conference that the company should go ahead with its split-up plan, saying, "I would like to enhance trust with stakeholders as quickly as possible."

Raymond Zage, who chairs a committee that nominates candidates for Toshiba directorship and joined the press conference remotely, said the committee found it necessary to change the company's leadership after several shareholders expressed dissatisfaction with the restructuring plan.

"Among the concerns expressed was skepticism on the ability and the willingness of the current management to execute on the proposed spin-off plan on a timely basis and focus on maximizing the speed and size of returns to shareholders," he said.

Tsunakawa said in February that Toshiba would consider making changes to its plan or look into different options, including the possibility of going private, if the reform plan does not receive majority support.

"Our stakeholders have different opinions and we are listening to them. But the strategic restructuring plan is the best solution for all of our stakeholders," Tsunakawa said during the same press conference.

"One of my missions was to pass my post to the next generation. I am happy that I can do so to somebody I have high hopes for," he said.

Toshiba said the new appointment is "interim" and the board of directors will monitor his performance along with those of the other new appointees.

Tsunakawa served as Toshiba's president between 2016 and 2018 before taking up another stint in last April following the resignation of his predecessor Nobuaki Kurumatani.

Tsunakawa will remain as chairman of the board of directors for now.

In November, Toshiba said it planned to break into three companies in a rare reorganization of a firm of its size. The move was seen as the tech behemoth attempting to appease shareholders disgruntled by lackluster efforts to boost growth and the value of their holdings.

However, it changed the plan after around three months when some activist stakeholders voiced opposition to the three-way split.

Under the current plan, Toshiba will spin off its device business, including its semiconductor and hard disk drive segments, while keeping the infrastructure unit within the company.

Toshiba to split into 3 firms as shareholder pressure mounts