Uniqlo operator to close all stores in Russia as war continues

The operator of the Uniqlo casual clothing chain said Thursday it will temporarily close all 50 of its stores in Russia, joining other global companies in suspending business operations there as Moscow's invasion of Ukraine continues.

Fast Retailing Co.'s decision comes after the firm was met with a barrage of criticism on social media for its policy to keep its Russian stores open at a time when rivals were scaling back business there.

Earlier in the month, Inditex SA, the operator of the Zara brand clothing stores, and Hennes & Mauritz AB, which runs H&M stores, decided to stop operations in Russia.

The Japanese fashion retailer, which opened its first store in Russia in 2010, cited "operational challenges and the worsening of the conflict situation" as factors behind the suspension in a statement. "It has become clear to us that we can no longer proceed," the clothing giant said. 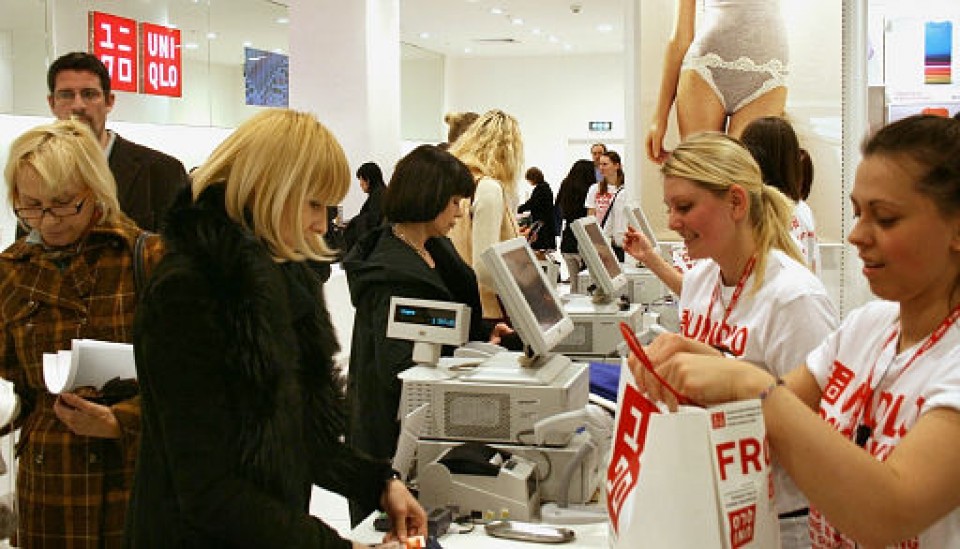 People shop at a Uniqlo casual wear chain store in Moscow on April 2, 2010. Fast Retailing Co. of Japan opened the store the same day as the first Uniqlo outlet in Russia. (Kyodo)

Nintendo Co. said the same day it has stopped shipping all of its products including popular Switch consoles to Russia, citing logistical reasons.

The video game giant, which has already halted online software sales in Russia, said the decision will have only a limited impact on its earnings as sales in the country are relatively small.

Hitachi Ltd. said in a statement it is pausing all manufacturing activities in Russia for the time being and suspending exports to the country, following a request from a Ukrainian deputy prime minister.

Ukraine's Vice Prime Minister Mykhailo Fedorov said on Twitter earlier this week he had urged the Japanese industrial conglomerate to stop supplying products and services in Russia. Hitachi manufactures and sells construction machines in the country.

Mitsubishi Electric Corp., which sells industrial machines and air conditioners in Russia, said it has stopped exports to the country as "continuing business is difficult" under the current circumstances.

The removal of some Russian banks from the SWIFT international payment system by the United States and its allies is making money transfers between countries difficult, while logistical disruptions are another hurdle to overcome, a Mitsubishi Electric spokesman said.

Japan Tobacco Inc. said it will temporarily halt investment and sales promotion in Russia. The company may also suspend operations at four factories in the country because of a severe market environment, it said.

Toridoll Holdings Corp., an operator of udon noodle restaurants, said it is planning to discontinue operations at all seven of its stores in Russia due to supply chain disruptions.

Many Japanese companies have stopped business operations in Russia following its invasion of Ukraine on Feb. 24.

Toyota Motor Corp. suspended operations at its plant in St. Petersburg last Friday, while Nissan Motor Co. said earlier this week it plans to temporarily halt production at its factory in the Russian city.