A large volcanic eruption occurred on a small island off the northern coast of Papua New Guinea's main island on Tuesday evening, issuing plumes up to 15 kilometers in altitude, but there is no danger of an eruption-triggered tsunami affecting Japan, the weather agency said.

The eruption on Manam in the Pacific island nation occurred at around 6:50 p.m. Tokyo time, the Japan Meteorological Agency said, adding that a volcanic ash advisory center in Australia confirmed the eruption.

The weather agency said early Wednesday morning that there will be no tsunami on the Japanese archipelago as a result of the eruption. Several hours earlier, the agency said there were not yet any tangible changes in sea levels at an overseas observatory.

The volcano previously erupted on Oct. 20, according to the agency.

When a massive underwater volcanic eruption occurred off the South Pacific island country of Tonga in January, the agency issued a tsunami warning and advisory for a wide area on Japan's Pacific coast.

At the time, a 1.34-meter tsunami was observed on Amami-Oshima Island in southwestern Japan. 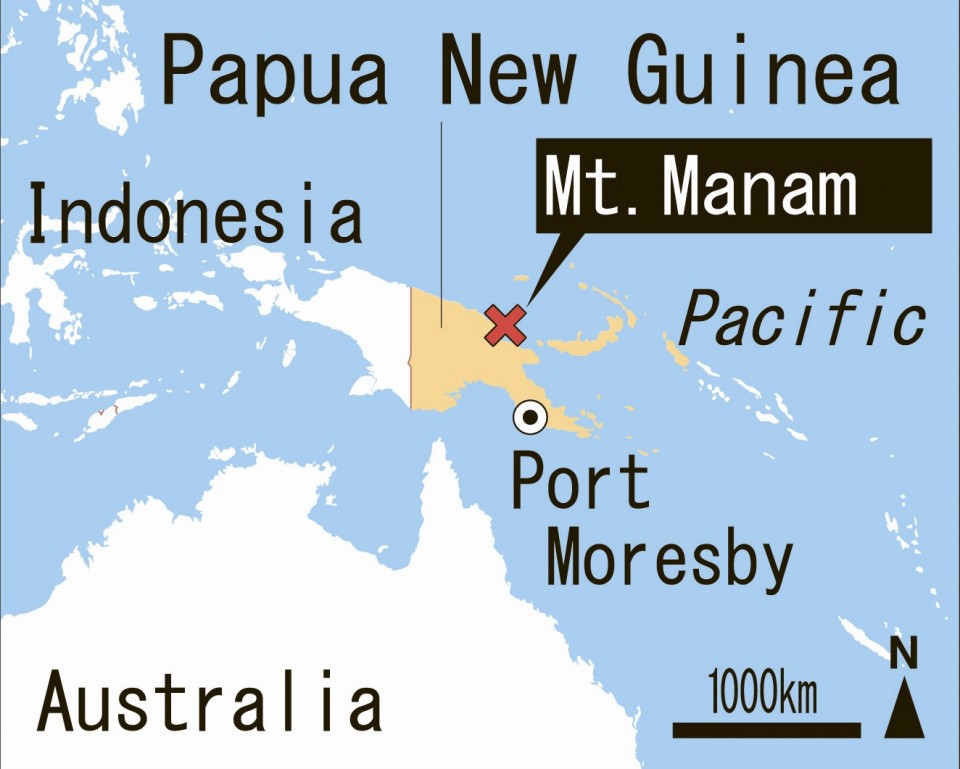