North Korea tested a new intercontinental ballistic missile system with its two most recent missile launches, the United States said Thursday based on an assessment conducted in coordination with Japan and South Korea, calling the move a "serious escalation."

The U.S. administration of President Joe Biden will respond by taking fresh action to stop Pyongyang from further advancing its weapons programs, while remaining open to dialogue with North Korea toward denuclearization, a senior U.S. government official said. 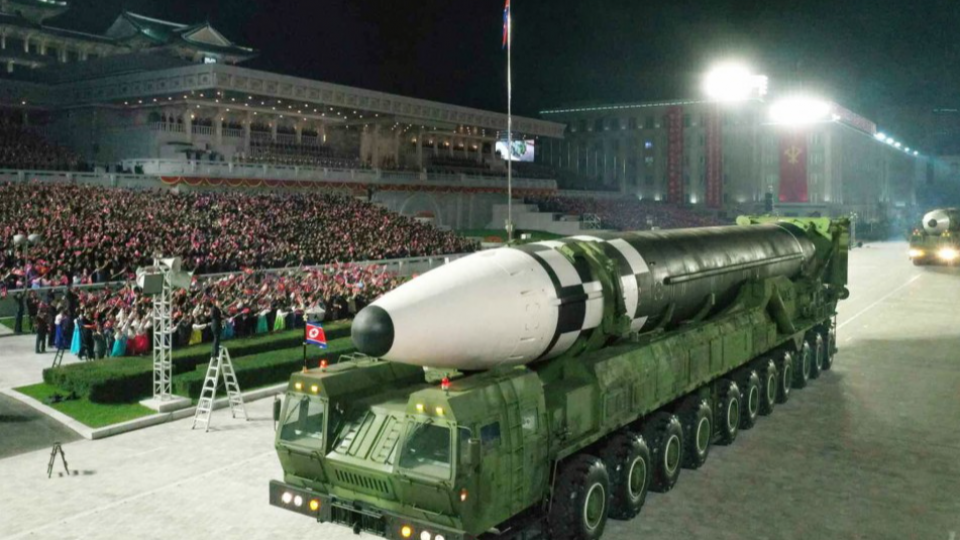 "North Korea's recent actions, including these missile launches that make the situation more tense, threaten the peace and security of our country, region and the international community and are totally unacceptable," the ministry said in a press release.

North Korea has conducted nine series of missile tests so far this year. The country also hinted in January that it could resume nuclear and ICBM tests for the first time since 2017.

Unlike the three ICBM tests the North conducted in 2017, neither of the recent launches "demonstrated ICBM range or capability," the Biden administration official said.

"These launches are likely intended to test elements of this new system before the DPRK conducts a launch at full range, which they will potentially attempt to disguise as a space launch," he said.

The system was originally unveiled during a military parade in October 2020, and also appeared in a defense exhibition in Pyongyang in October 2021, the official said.

The missiles fired toward the Sea of Japan on Feb. 27 and Saturday are believed to have been launched on "lofted" trajectories, allowing Pyongyang to test its capabilities while keeping the landing area a certain distance from Japan. 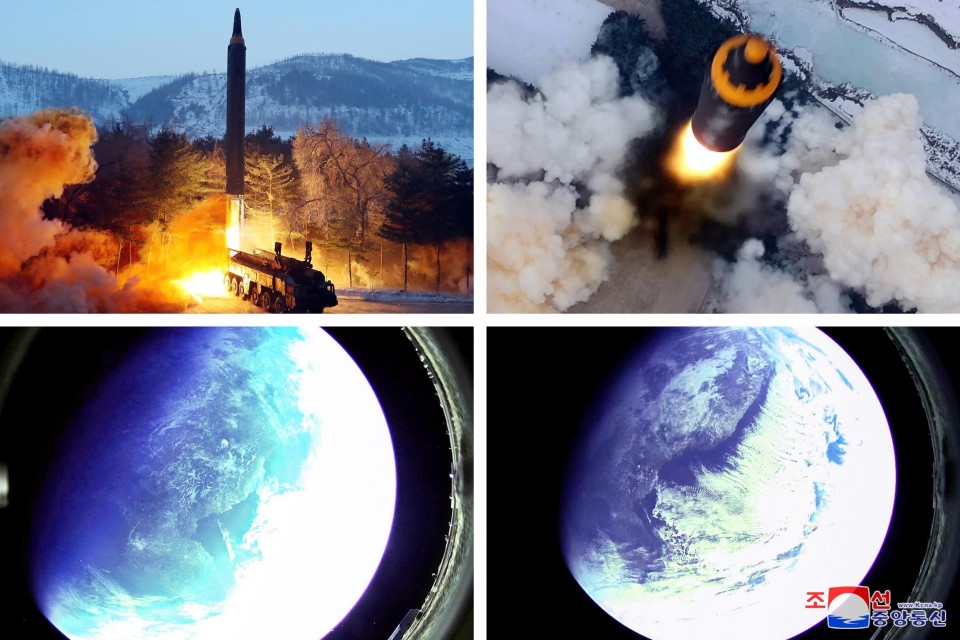 North Korea test-fires a Hwasong-12 "intermediate- and long-range ballistic missile" on Jan. 30, 2022. Bottom section shows images of the earth taken from a camera installed on the warhead. (KCNA/Kyodo)

North Korea apparently sought to hide the fact that the tests involved an ICBM system. But the United States decided to reveal the information publicly because it believes "firmly that the international community must speak in a united voice to oppose further development of such weapons by the DPRK," the official said.

The United States came up with the assessment "in close coordination" with its closest allies in Asia -- Japan and South Korea -- and details of the tests have also been shared with the United Nations, he added.

Although the Biden administration will continue to seek diplomacy with North Korea, the Treasury Department plans to announce new actions on Friday to prevent Pyongyang from accessing foreign items and technology that enable the advance of its prohibited weapons programs.

"There will be a range of further actions in the coming days," the official said, adding the measures are "intended to make clear to the DPRK that these unlawful and destabilizing activities have consequences" and "most importantly, that the only viable path forward for the DPRK is through diplomatic negotiations."

The Biden administration has said its officials are offering North Korea the chance to "meet anywhere, anytime without preconditions," but Pyongyang has not responded.

Further tensions over North Korea's nuclear and missile threats would create another challenge for the Biden administration, which is already consumed with Russia's invasion of Ukraine while also keeping an eye on China's growing assertiveness in the Indo-Pacific region.

Biden's predecessor Donald Trump engaged in unprecedented summit diplomacy with North Korean leader Kim Jong Un, holding meetings three times in 2018 and 2019 in the hope of convincing the reclusive country to give up its pursuit of nuclear weapons.

Negotiations, however, made little progress during Trump's four years in the White House through January last year, with the two countries having been at odds over issues such as the degree of sanctions relief Pyongyang should receive for taking denuclearization steps.

The last time Pyongyang tested an ICBM that could potentially deliver a nuclear warhead to the U.S. mainland was November 2017. Over the past years, however, North Korea has apparently been honing its military capabilities through other weapons tests.

In light of the recent increase in North Korea's missile testing activity, the U.S. Indo-Pacific Command said Wednesday it has ordered intensified intelligence, surveillance and reconnaissance collection activities in the Yellow Sea, as well as "enhanced readiness" among its ballistic missile defense forces in the region.