China's financial hub of Shanghai came under lockdown for nine days starting Monday, with each half of the city to be shut down in turns to conduct mass COVID-19 testing, sparking fears about the outlook for the world's second-largest economy.

Across the mainland, 6,215 people were confirmed to be infected with the novel coronavirus on Sunday, the highest number in two years, while a record 3,500 new cases were recorded in Shanghai on the same day, Chinese health authorities said.

In Shanghai, which has a population of around 24.9 million, the number of new infections had exceeded 2,000 both on Friday and Saturday as the highly contagious Omicron variant spreads. 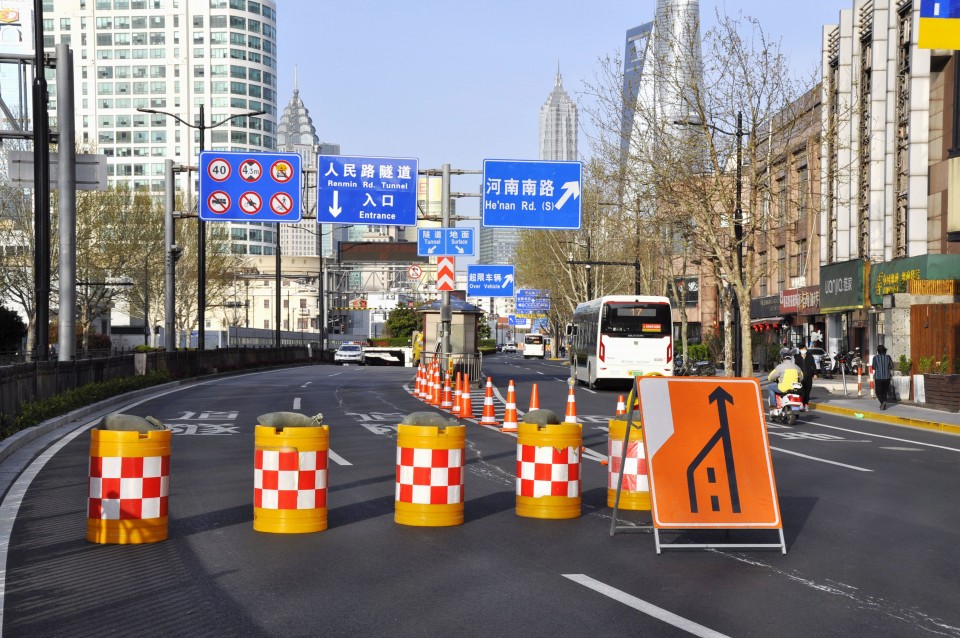 Access to a street leading to a tunnel is blocked in Shanghai on March 28, 2022, as a COVID-19 lockdown starts in the Chinese city the same day. (Kyodo) ==Kyodo

In an apparent bid to minimize the impact of the move on business activities, the Shanghai municipal government said it would divide the city into two as it carries out nucleic acid testing of all residents.

The Communist-led government has pledged to continue its radical "zero COVID" policy, including imposing lockdowns on cities when outbreaks occur and quarantine on travelers from abroad, even following the end of the Beijing Winter Olympics and Paralympics.

Until next Friday, citizens in districts to the east of the Huangpu River, which passes through Shanghai, will not be allowed to leave their homes in principle. The west of the river will be sealed from Friday through April 5, according to the city authorities.

During the lockdown period, public transportation such as bus and subway operations will be suspended in Shanghai, while residents, excluding those engaged in essential services for daily life, will be obliged to work from home.

A 36-year-old Japanese company employee living in a lockdown area in Shanghai told Kyodo News that food items have already sold out at many supermarkets in the city and said, "It is psychologically hard as we cannot foresee the situation."

In Shanghai, the number of new infections was low in early March, but surged to 3,500 on Sunday, among which 3,450 were asymptomatic cases.

Other major cities in China, including the southern technology hub of Shenzhen with 17 million people and Changchun in the northeast with 9 million, have also been locked down recently amid the spread of the Omicron variant.

On Saturday, a local official had warned against a lockdown of Shanghai, saying it was an important player in both the Chinese and world economies.

Tougher COVID-19 restrictions have been dragging down private spending and corporate investment in China. In 2021, China's economy grew 8.1 percent, but it expanded only 4.0 percent in the October-December period compared with a year earlier. 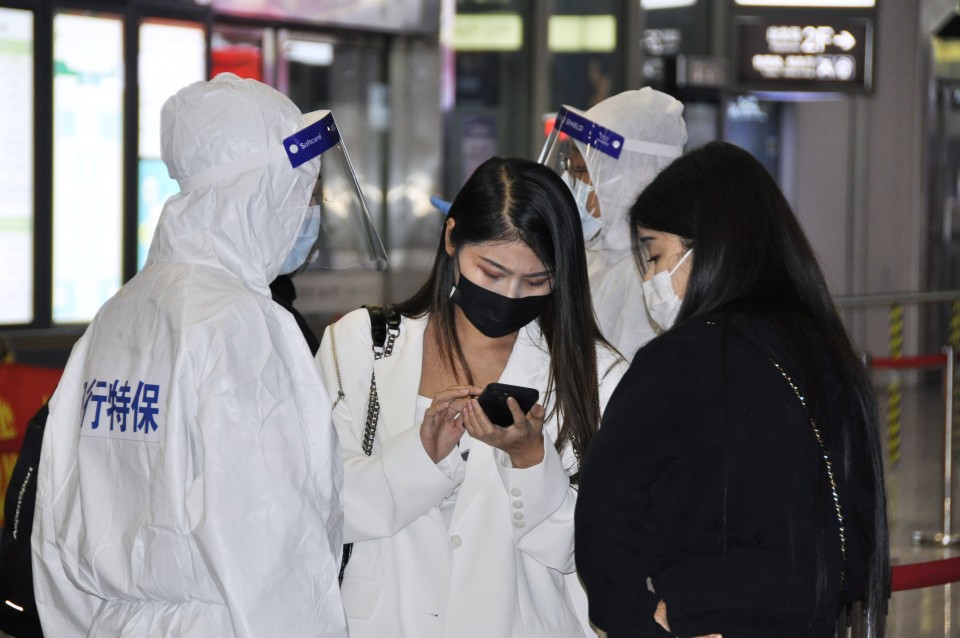 Officials in protective gear ask arriving passengers at a railway station in Shanghai to show documents certifying they are COVID-19 negative on March 28, 2022, as a citywide lockdown starts in the Chinese city the same day. (Kyodo) ==Kyodo