New COVID-19 cases in China topped 5,000, the highest in two years, as the world's most populous country wrestles with rising infections, especially in its northeast, health authorities said Tuesday.

The caseload for Monday totaled 5,154, more than doubling from the previous day's 2,125, according to the National Health Commission. The daily coronavirus numbers include asymptomatic infections released by the agency, but which China does not classify as confirmed cases.

Daily new infections in mainland China, driven by the Omicron variant of the virus, are soaring to reach the highest level since it started releasing the number of asymptomatic cases in late March 2020. 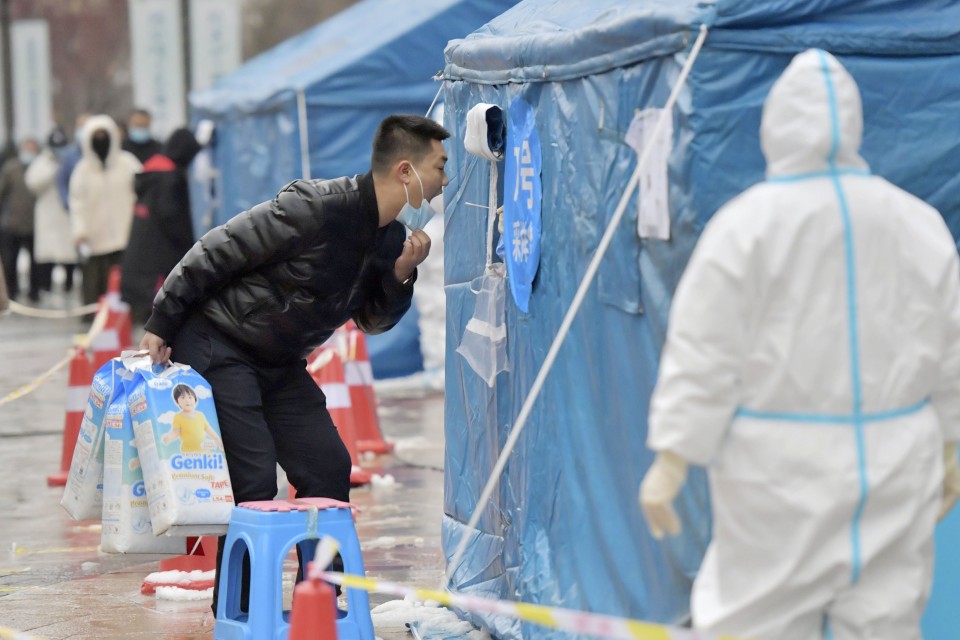 The figures are far smaller than most countries, but the increase is at the fastest pace since the early days of the pandemic and has led Chinese officials to toughen anti-virus measures and order citywide lockdowns.

The northeastern province of Jilin is the worst hit, with about 4,000 cases confirmed Monday. Changchun, the provincial capital with about 9 million residents, has been locked down since Friday, forcing manufacturers such as Toyota Motor Corp. to suspend factory operations.

The steep rise in infections has fueled concern about supply chain disruptions and an economic slowdown in China, with the country's southern technology hub of Shenzhen on Monday also coming under a citywide lockdown.

Shenzhen's 17 million residents have been asked to stay at home through March 20, a period during which the city, bordering Hong Kong and home to many Chinese high-tech giants and suppliers for global brands such as Apple Inc., will carry out three rounds of mass testing and suspend public transport services.

On Tuesday, the same measure was imposed in nearby Dongguan, an industrial city of 10 million. Elsewhere, Chinese authorities are stepping up efforts to prevent the further spread of the virus.

In the financial hub of Shanghai, where more than 100 COVID-19 cases were confirmed Monday, schools have already switched to online learning, and people have been advised to telework as much as possible.

The Chinese megapolis, which has restricted travel, now plans to divert many international flights to other cities from next Monday.

Shenzhen placed under lockdown as COVID-19 cases surge in China

China orders lockdown of 9 million residents in Changchun amid virus