Japan will aim to speed up the start of operations of some new offshore wind power plants, as Russia's invasion of Ukraine has pushed the resource-poor nation to review its high energy dependence on imports, the government said Friday. 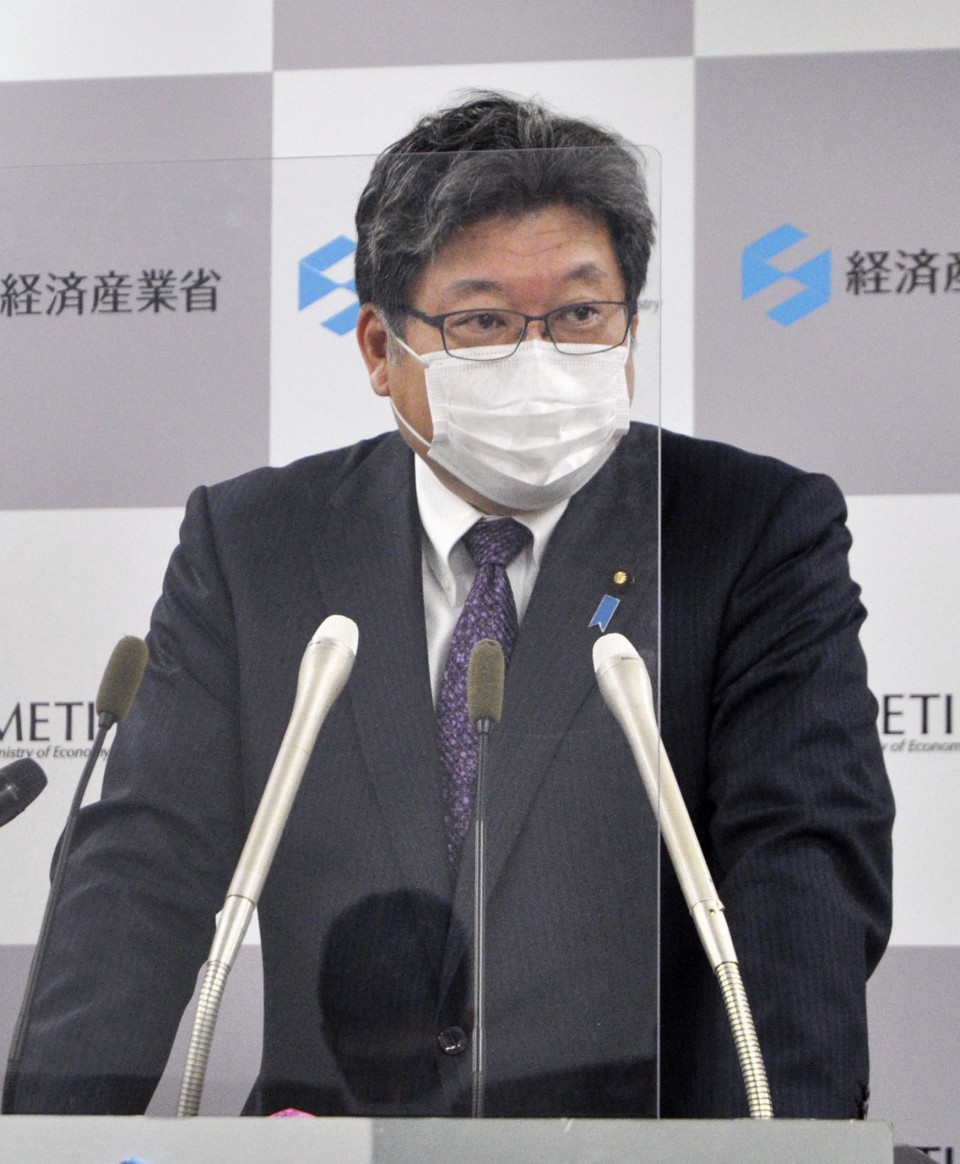 Japanese Economy, Trade and Industry Minister Koichi Hagiuda speaks at a press conference at his ministry in Tokyo on March 18, 2022. (Kyodo)

The government's permission criteria for businesses bidding to use marine areas to generate offshore wind power will be reviewed so companies that can start sooner rather than later will be more highly evaluated, according to the Ministry of Economy, Trade and Industry.

"Following the situation in Ukraine, we are facing an urgent need to accelerate the introduction of renewable energy as a home-grown energy source toward decarbonization. This is also vital in terms of ensuring energy security," industry minister Koichi Hagiuda told a press conference.

In December, a group led by trading house Mitsubishi Corp. won the right to use three marine areas, near Tokyo and in northeastern Japan, with its plan of supplying power at low prices highly rated. The group aims to start business in 2028.

However, some of the companies that lost out in the bidding process complained that the criteria were too cost-oriented.

A ministry council will start specific discussions on how to revise the screening criteria next week, Hagiuda added.

Moscow's invasion of Ukraine, which started on Feb. 24, has led Western nations to ban or cut imports of Russian crude oil and other fossil fuels as part of economic sanctions on Russia. Those moves have spurred a surge in energy prices.

Japan, however, has remained cautious about joining the West as it has promoted energy imports from Russia in light of its geographical vicinity and the necessity to decentralize supply sources. Prime Minister Fumio Kishida has said that ensuring stable energy supplies is a "national interest."

Russia accounted for 3.6 percent of Japanese crude oil imports, and 8.8 percent of its liquefied natural gas imports in 2021, according to data from the Japan External Trade Organization.

Japan's law on the use of oceans for renewable energy in 2019 allows wind power operators to use designated marine areas for up to 30 years.

Last October, the government approved its energy plan, a road map toward a goal of carbon neutrality by 2050, positioning offshore wind power as a driving force of renewable energy.

Under the energy plan, Japan has set a target of making renewables account for 36 to 38 percent of total domestic power generation capacity in fiscal 2030, more than twice as much as the 18 percent recorded in fiscal 2019 that ended in March 2020.