Prime Minister Fumio Kishida indicated Saturday that Japan will consider concrete steps for additional sanctions on Russia in coordination with other Group of Seven members over its aggression in Ukraine.

"Each country is about to work on concrete steps now," Kishida told reporters in Ishinomaki in Miyagi Prefecture, northeastern Japan. "We would like to take specific actions in partnership with other G-7 members." 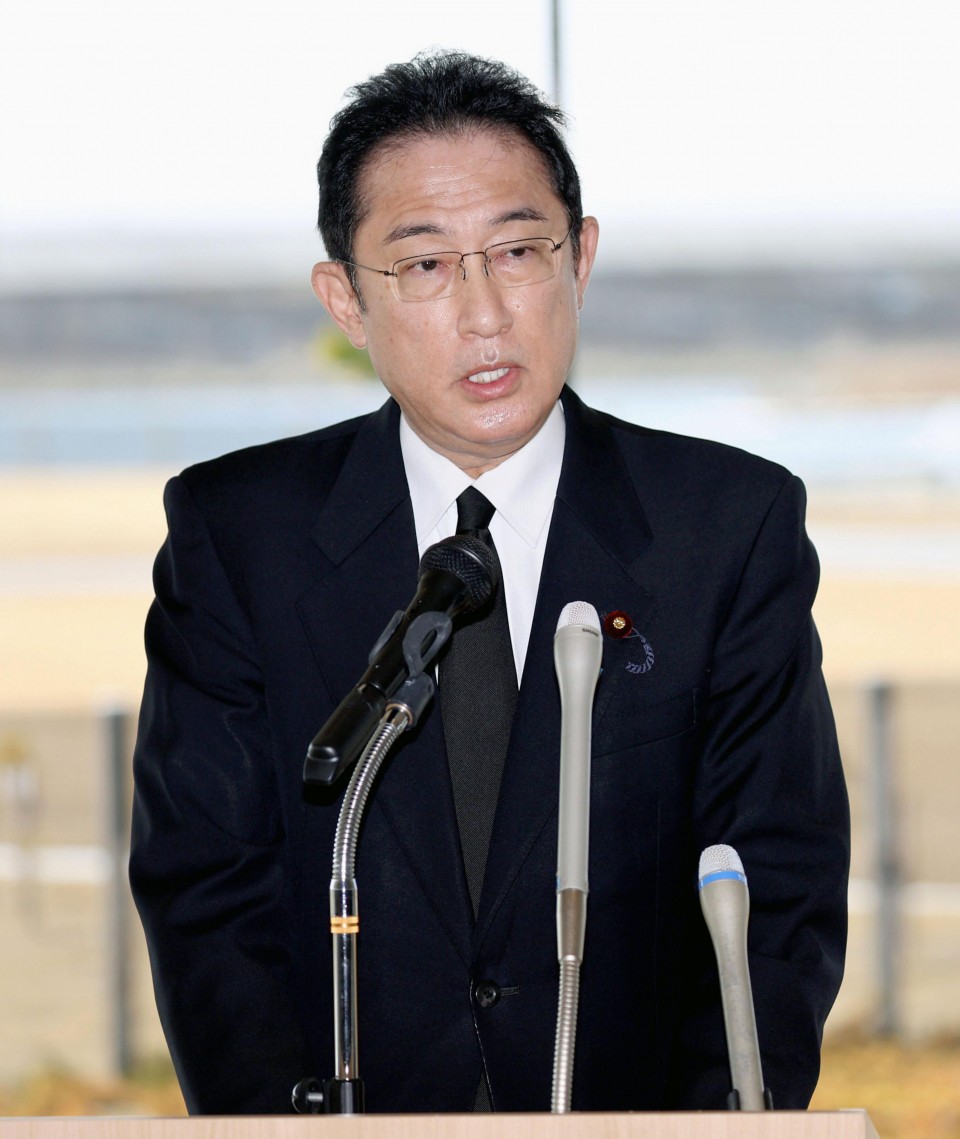 He made the comments, without going into detail, a day after the G-7 said in a joint statement that the group will slap further restrictions on Russia's exports and imports of key goods and technologies, among other measures.

Kishida said the mayors of Ishinomaki and Rikuzentakata, Iwate Prefecture, offered to host refugees from Ukraine in the wake of the Russian invasion.

"Based on the requests of evacuees, I would like to think how (Japan) can host them in coordination with local authorities," he said.

Ishinomaki and Rikuzentakata were two of the cities that were hardest hit by the March 11, 2011 earthquake and tsunami that rocked northeastern Japan.

On Friday, the prime minister attended a ceremony in Fukushima in commemoration of the disaster.