After Japan beat Australia 2-0 to book a place at a seventh straight World Cup, Samurai Blue manager Hajime Moriyasu said he is setting a high standard he wants his players to strive for in Qatar.

Speaking to reporters on Friday, a day after Japan won their sixth game in a row after starting the qualifying campaign with two losses from their first three games, Moriyasu restated that the World Cup quarterfinals are his first objective, but added he wants more.

"We'll take the lessons from qualifying, both good and bad, and beat the world's best teams. I'm hoping for at least a top-eight finish at the World Cup," he said.

The 2022 World Cup takes place in the Gulf nation from Nov. 21 to Dec. 18. Nineteen of the 32 teams have already qualified, including Qatar.

Japan's best World Cup finish is the round of 16, which they reached in 2002 when they were co-hosts, as well as in 2010 and at the most recent tournament in 2018 in Russia -- shortly before Moriyasu's appointment as manager.

Moriyasu said doubts crept into his mind after Japan was stunned by Oman in the opening game of the final World Cup qualifying round in September and he told captain Maya Yoshida he would step down if he felt that was required. 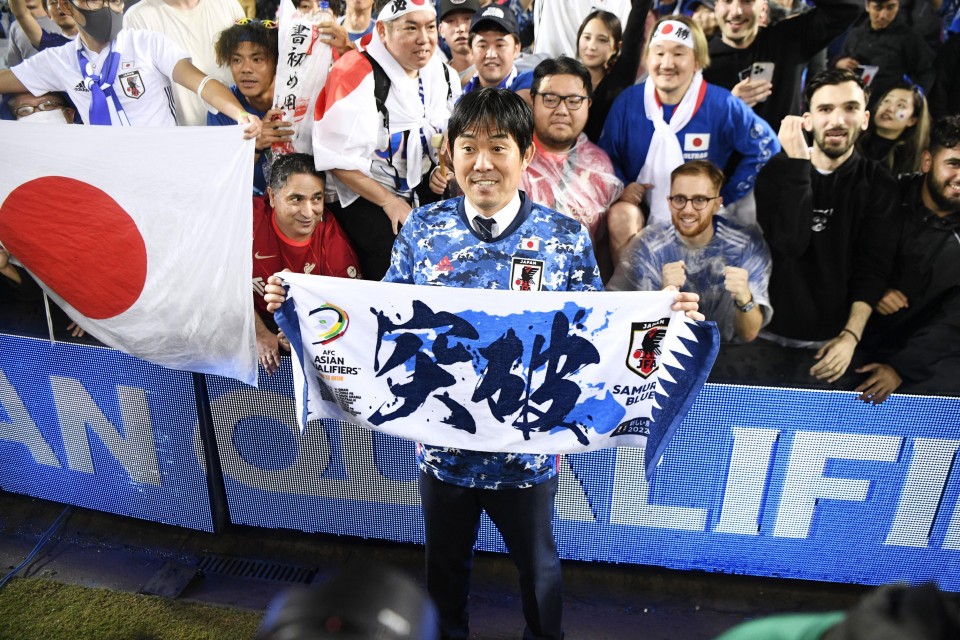 "I wanted to add something meaningful to the team, even if I did not see out my contract," he said.

After Thursday's match in front of nearly 42,000 fans at Stadium Australia in Sydney, Moriyasu deflected credit for the win, diverting all the praise to his players and coaches who he said had a burning ambition to take Japan to the World Cup.

"There was a noticeable change in the players' eyes and that (winning attitude) was huge. It's the coaches who are guiding them, more than me," he said.

Despite his lack of sleep due to a tight travel schedule, the clearly ecstatic 53-year-old Japanese thanked reporters for the opportunity to speak.

Moriyasu and the men's squad will return to Japan and face Vietnam in their final World Cup qualifier at Saitama Stadium on Tuesday.

It will be the first Japan game organized by the Japan Football Association without a spectator limit since the start of the pandemic.