A COVID-19 quasi-state of emergency ended Tuesday in all 18 prefectures covered, including Tokyo and Osaka, amid a declining trend in the number of new infections.

It is the first time since Jan. 8 that Japan has no emergency measures in place. But concerns remain that coronavirus cases could rise again driven by the highly contagious Omicron subvariant BA.2, with movements of people expected to increase significantly as the business and academic year ends in the coming days. 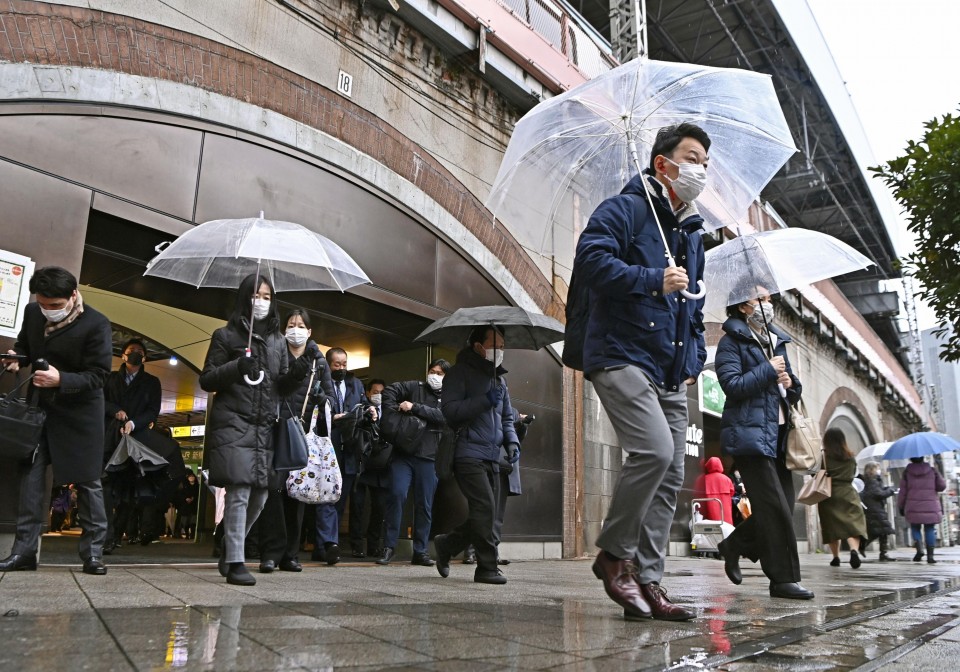 The government formally decided on Thursday to lift the quasi-emergency based on new criteria, including allowing it to end if the strain on the health care system is expected to ease despite infection numbers staying at high levels.

In some regions, the occupancy rate of designated hospital beds was above 50 percent as of Friday, according to the health ministry, indicating a continuing burden on the health care system.

Since the beginning of this year, the quasi-state of emergency, which allowed governors to ask restaurants and bars to close early and stop serving alcohol, had been in place in as many as 36 of the nation's 47 prefectures.

"We might see more customers and become busy," said Yoshimasa Tanaka, an employee at a budget hotel in Tokyo's Bunkyo Ward. But the 60-year-old added he was unsure if it was safe to lift the quasi-emergency given that the number of infections remains high.

The seven-day rolling average of new infections in the capital stood at 6,834.4 per day, down 19.4 percent from the previous week, the metropolitan government said.

The number of COVID patients with serious symptoms across the country stood at 937, down 14 from the previous day, the health ministry said.

The 18 prefectures where the quasi-emergency was lifted include Hokkaido, Kanagawa, Aichi, Kyoto, Kagawa and Kumamoto. They had all seen the measures extended twice before.

A quasi-emergency is more limited in terms of coverage and restrictions than a full state of emergency.

"I'd be happy if classes starting in April were face-to-face on campus," a 21-year-old female university student from Yokohama said, adding, "Online interviews during job hunting were difficult."