China cuts 2022 GDP target to around 5.5% amid Ukraine crisis

China cut a gross domestic product growth target for 2022 to around 5.5 percent at the opening of an annual session of parliament on Saturday, amid mounting concern that Russia's aggression against Ukraine will put serious downward pressure on the global economy.

The economic growth goal was lower than the target of over 6.0 percent for last year, as the world's second-biggest economy has also shown signs of slowdown due largely to the prolonged COVID-19 outbreak and sluggishness with the real estate sector.

At the National People's Congress, China's top leadership is expected to hammer out measures to stabilize economic and social development in the run-up to the ruling Communist Party's twice-a-decade congress in fall, foreign affairs experts say. 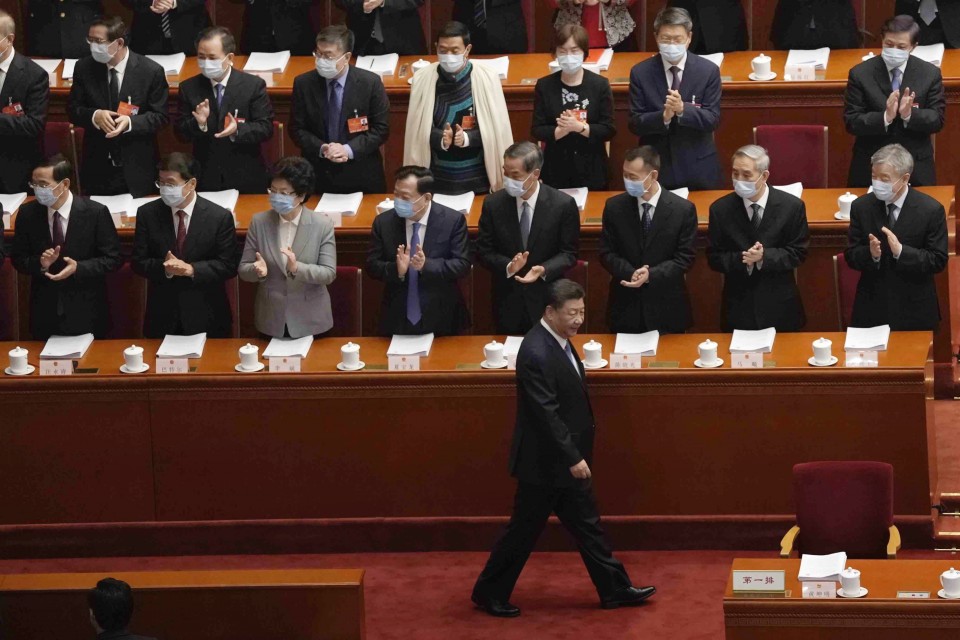 Chinese President Xi Jinping (front) is pictured at the opening of an annual session of parliament in Beijing on March 5, 2022. (Kyodo)

President Xi Jinping, who took power in 2012, has been keen to bolster his clout in the country to secure a controversial third term at the key party meeting. In 2018, China removed the two-term limit for the presidency from its Constitution, effectively enabling him to hold on to power for life. 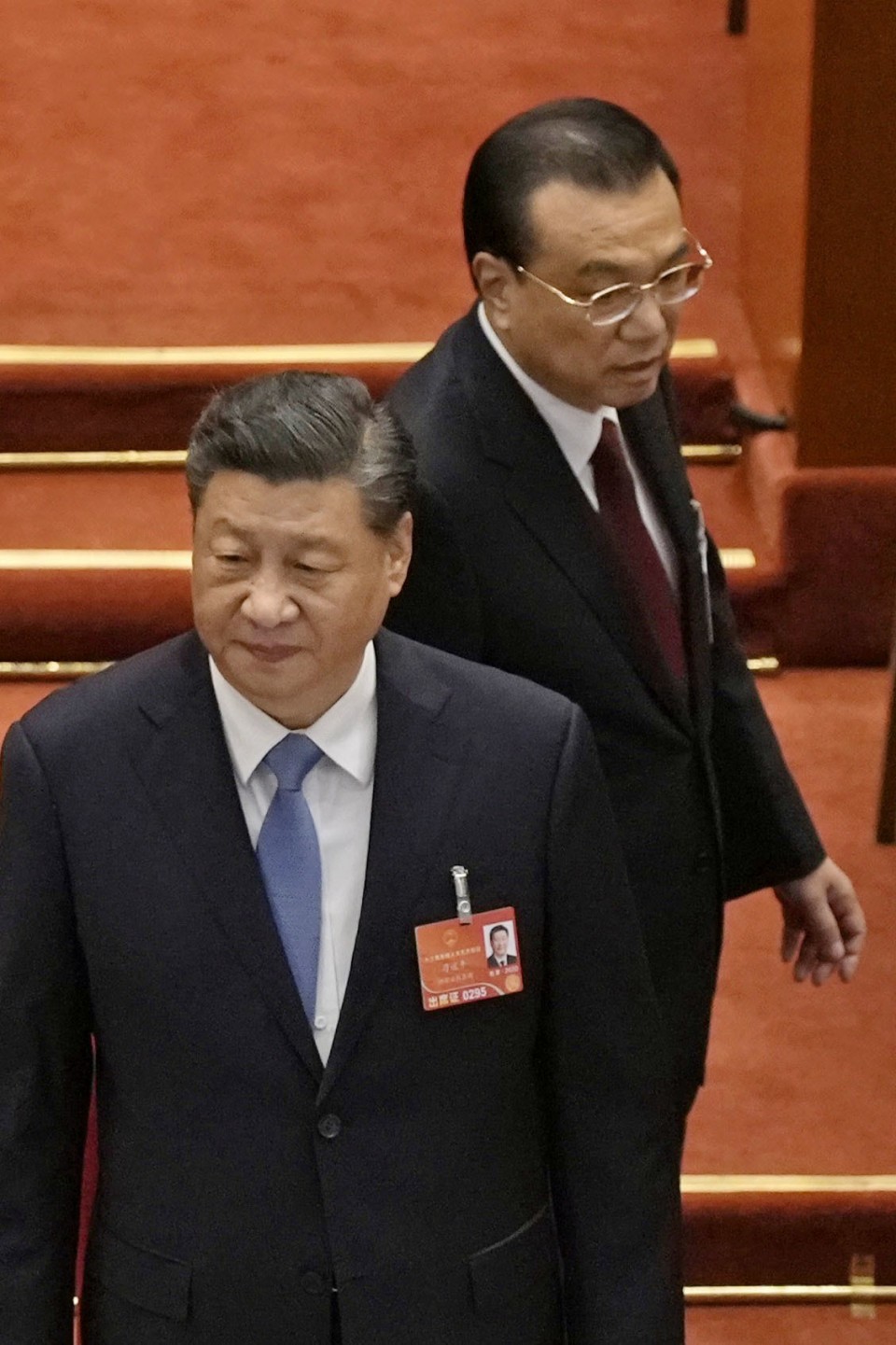 Chinese President Xi Jinping (L) and Premier Li Keqiang are pictured before the opening ceremony of the National People's Congress at the Great Hall of the People in Beijing on March 5, 2022. (Kyodo) ==Kyodo

"There is no doubt but that China's economy will withstand any downward pressure and continue growing steadily long into the future," Premier Li Keqiang said as he delivered the government report mapping out policy directions for 2022.

"We must act on the people-centered development philosophy and rely on the efforts of everyone to promote prosperity for all, so as to keep realizing the people's aspirations for a better life," Li said.

The focus is also on whether Beijing will show a stronger determination to reunify self-ruled Taiwan with the mainland during the parliament session, with fears growing that Russia's invasion of Ukraine could prod Xi to use military might to achieve his ambition.

The mainland remains committed to "resolving the Taiwan question in the new era," but will "advance the peaceful growth of relations across the Taiwan Strait and the reunification of China," Li said.

Communist-led China and democratic Taiwan have been governed separately since they split in 1949 as the result of a civil war. Beijing has regarded the island as a renegade province to be reunified with the mainland, by force if necessary.

As for Hong Kong, Li emphasized China will "firmly" uphold the principle that the special administrative region should be "governed by patriots."

Nevertheless, Xi's leadership has begun to take harsh actions against the former British colony since large-scale protests sparked by a now-withdrawn extradition bill with mainland China morphed into a pro-democracy movement in 2019.

In 2021, China's economy grew 8.1 percent from a year earlier. In the October-December period, however, it grew a tepid 4.0 percent against a backdrop of worries about potential financial market turmoil and another wave of novel coronavirus infections.

Disruptions to the global supply chain from Western economic sanctions against Russia in the aftermath of its war on Ukraine may also deal a blow to the Chinese economy down the road, analysts say.

With anxiety about the possible bankruptcy of property developer China Evergrande Group, Li said Xi's leadership will make efforts to keep housing and land prices "stable" and to "facilitate positive circulation and sound development in the real estate sector."

China's target for 2022 is higher than the economic growth rate projected by the International Monetary Fund.

In its update of the World Economic Outlook report released in late January, the Washington-based institution said that China's economy is estimated to grow 4.8 percent this year on factors such as the nation's radical "zero-COVID" policy.

But Li expressed eagerness to strengthen restrictions to contain the spread of the virus "in a scientific and targeted manner," saying China's anti-epidemic steps have helped ensure "the health and safety of the people and maintained normal order in work and life."

In 2020, China abandoned setting an economic growth target for the year, citing "great uncertainty" over the impact of the pandemic on its economy.

This year's National People's Congress session is scheduled to end next Friday.

China urges Ukraine to resolve conflict with Russia through dialogue