Defense Minister Nobuo Kishi also said that Pyongyang's firing of what its state-run media reported was a new "Hwasong-17" ICBM on Thursday has elevated the level of its security threat. 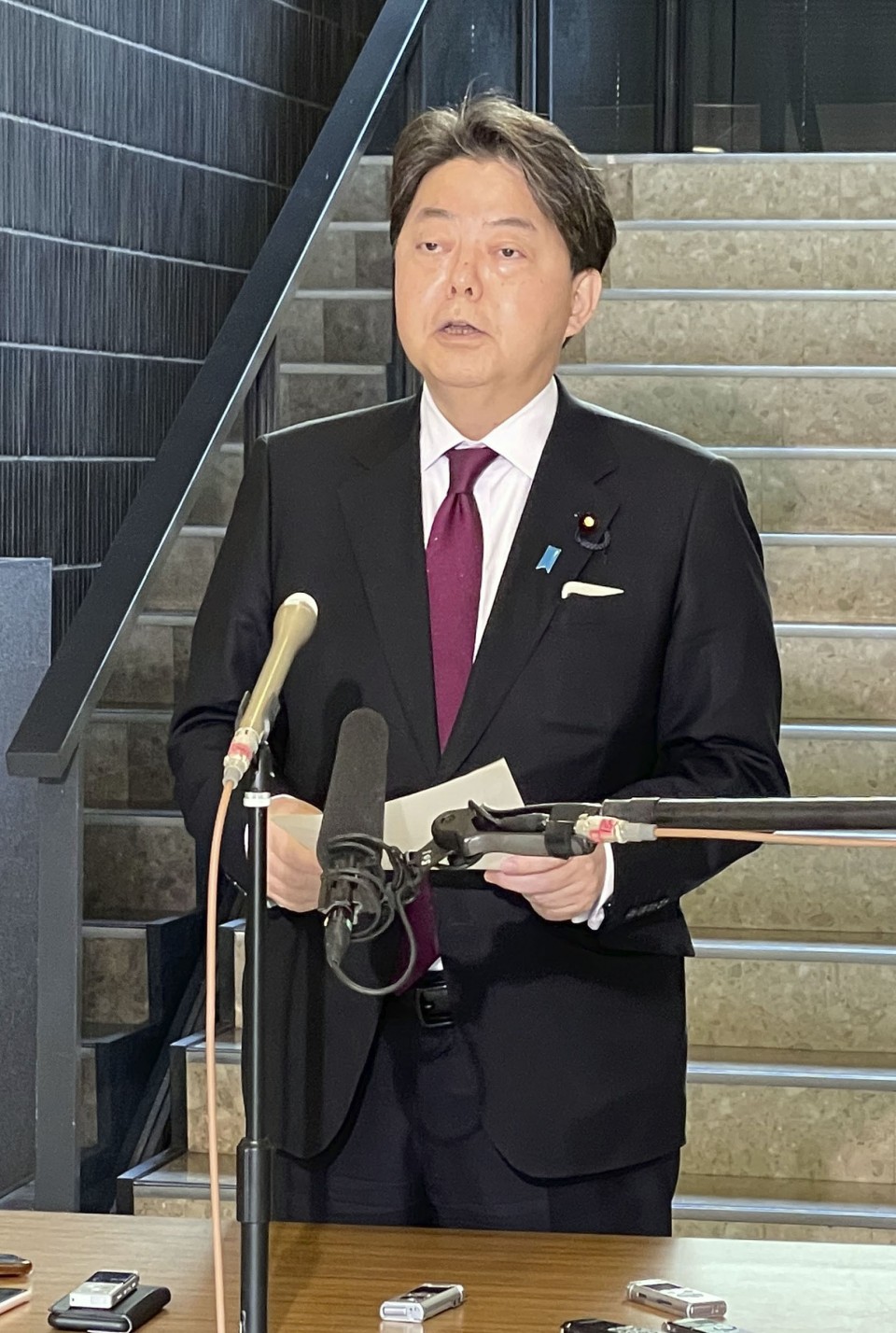 After speaking with Chung by phone, Hayashi told reporters that they "strongly condemned" the latest move by Pyongyang, which was a "clear and serious challenge" to the international community.

They also confirmed the importance of their bilateral and trilateral cooperation with the United States toward the complete denuclearization of the Korean Peninsula, according to Hayashi.

"We will keep cooperating with the United States, South Korea and other like-minded nations," he said.

Meanwhile, Kishi told a press conference that Pyongyang's missile launch on Thursday was "a serious threat to the peace and stability of Japan and the international community, moving to a different dimension from its series of previous missile launches."

The ICBM, the first launched by the North since November 2017, was assessed as capable of traveling over 15,000 kilometers and reaching "the whole of the U.S. mainland including its East Coast" if following a normal trajectory, according to Kishi.

"We cannot tolerate North Korea conducting this missile launch that could escalate its provocations against the international community at a time when the world is focusing on Russia's aggression against Ukraine," Kishi added.

According to the official Korean Central News Agency, the missile was fired from Pyongyang International Airport and traveled up to a maximum altitude of 6,248.5 km and a distance of 1,090 km during its 68-minute flight before hitting a target in the Sea of Japan.

The missile test came as Tokyo, Seoul and Washington are bracing for increased missile and nuclear activities by Pyongyang ahead of April 15, when North Korea will mark the 110th anniversary of the birth of Kim Il Sung, its founder and the grandfather of current leader Kim Jong Un.