Chinese Premier Li Keqiang said Friday achieving the government's gross domestic product growth goal of around 5.5 percent in 2022 is "not easy," pledging to implement policy measures that would generate more jobs to curb a sharp downturn in the economy.

Regarding Russia's attack on Ukraine, Li told reporters after this year's seven-day parliamentary session that the leadership of President Xi Jinping opposes punitive sanctions imposed on Russia by Western nations as they would hurt global economic recovery. 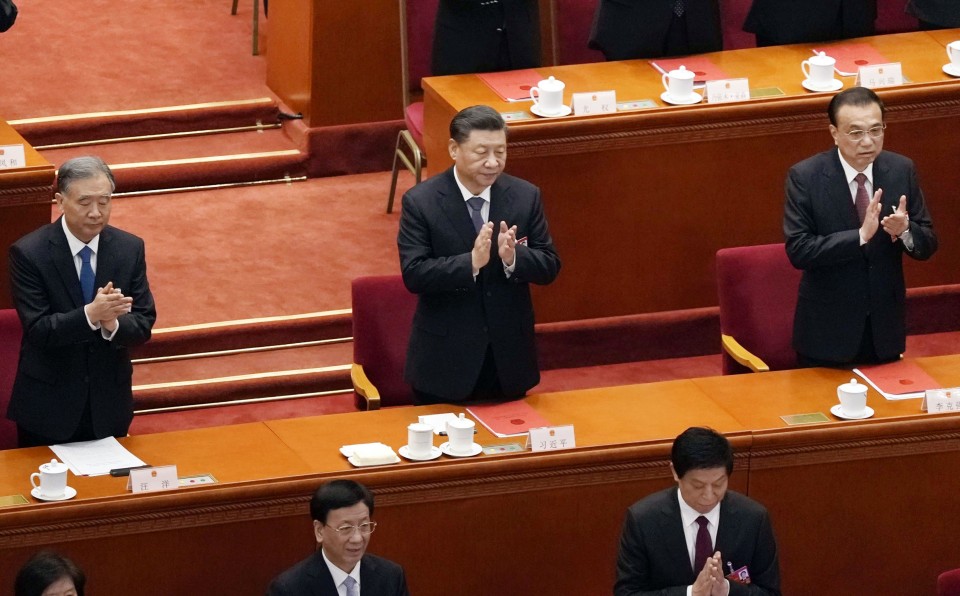 Chinese President Xi Jinping (C) and Premier Li Keqiang (R) clap as the National People's Congress closes at the Great Hall of the People in Beijing on March 11, 2022. (Kyodo) ==Kyodo

At the National People's Congress, China cut its economic growth target for 2022 from last year's of over 6.0 percent, amid mounting fears that the COVID-19 pandemic and higher energy prices would put severe downward pressure on the world economy.

"There are a lot of complexities and rising uncertainties" in the global sphere, Li said at the press conference. "It will be very hard for such a big economy to maintain a medium to high growth rate."

While it is "not easy" to attain the growth target this year, he added, "This kind of steady progress is very important in itself, and it needs to be enabled by the support of a series of macroeconomic policies."

Li also said China will "prioritize employment" in 2022, and fiscal and monetary policies will be "carried out to accomplish" the goal of boosting jobs, as a record-high 10.76 million students are expected to graduate from universities in the country this year.

The Communist-led government must create "more than 11 million, or preferably over 13 million" new urban jobs, the premier said, promising tax breaks aimed at propping up the corporate sector at a scale of 2.5 trillion yuan ($395 billion).

In 2021, the world's second-largest economy expanded 8.1 percent from a year earlier. In the October-December period, however, it grew only 4.0 percent against a backdrop of concern about potential financial market turmoil and another wave of coronavirus infections. 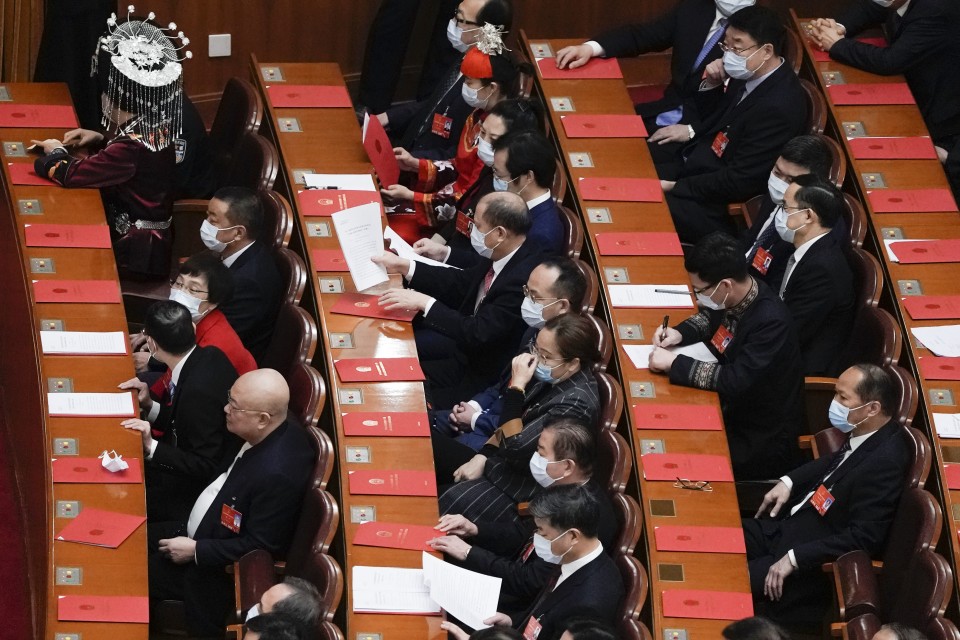 The closing ceremony of the Chinese National People's Congress is held at the Great Hall of the People in Beijing on March 11, 2022. (Kyodo) ==Kyodo

Expressing anxiety about the outlook for business activity both at home and abroad, Li said the sanctions on Russia "will have a negative impact on the recovery of the world economy and will be detrimental to all parties."

As the civilian death toll rises in Ukraine with incessant shelling by Russian forces, Li described the situation in the nation as "disconcerting" and said China will "support Russia and Ukraine in overcoming difficulties to negotiate a cease-fire and reach a peaceful outcome."

"The top priority is to prevent tensions from escalating or even getting out of control," Li said. But he refrained from criticizing Russia's attack, saying, "The legitimate security concerns of all countries should also be taken seriously."

At their summit on Feb. 4, Xi and Russian President Vladimir Putin jointly opposed further expansion of the North Atlantic Treaty Organization, with Moscow urging the U.S.-led security alliance to pull back troops and weapons from Eastern Europe.

China and the Soviet Union, Russia's predecessor state, were competitors during the Cold War. They were at loggerheads over interpretations and practical applications of Marxism-Leninism, the ideology of 20th century communism.

But the two nations, which have lambasted the post-Cold War international order dominated by the United States, have been reinforcing relations in recent years, as their ties with Washington have sharply deteriorated.

Beijing is believed to be unwilling to join hands with Western countries in punishing Moscow with sanctions as China could benefit from being the only major economy to continue trade with Russia, foreign affairs experts said.

Li is due to step down in 2023 after serving two five-year terms as premier, while Xi is set to secure a controversial third term as the nation's leader at the ruling Communist Party's twice-a-decade congress in the fall.

The premier is in charge of mapping out the country's economic policies, but Li's influence has decreased as Xi has attempted to concentrate power in his hands over the years. 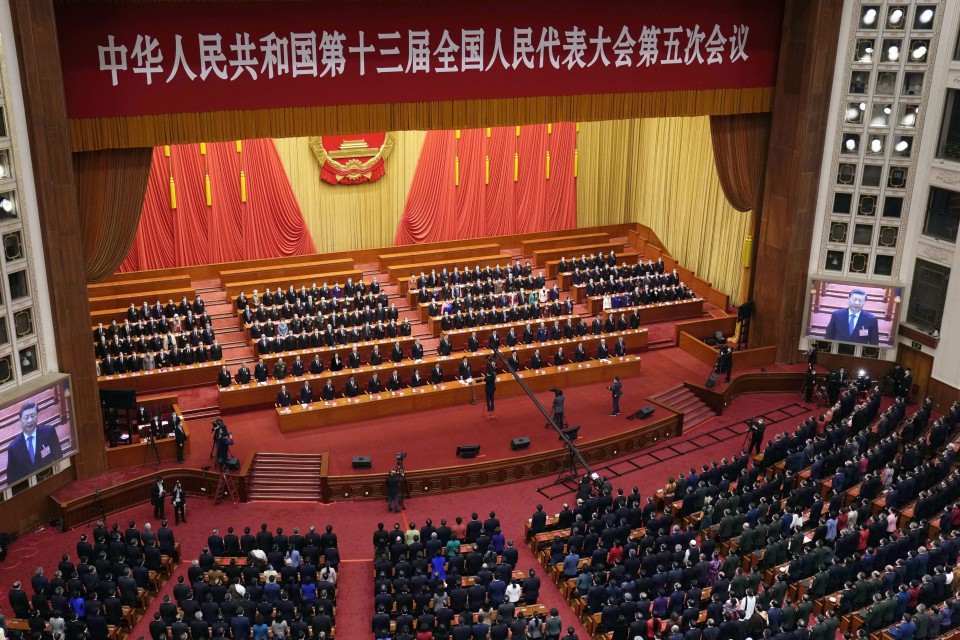 The closing ceremony of the Chinese National People's Congress is held at the Great Hall of the People in Beijing on March 11, 2022. (Kyodo) ==Kyodo