The International Monetary Fund is set to lower its global growth projection next month due to the impact of Russia's invasion of Ukraine, which has triggered massive economic sanctions on Moscow and is sending energy and food prices higher, IMF Managing Director Kristalina Georgieva said Thursday.

"We have tragic impact of the war on Ukraine. We have contraction on a significant basis in Russia," the IMF chief said, while noting that even a default by Russia on its debt "is no more an improbable event." 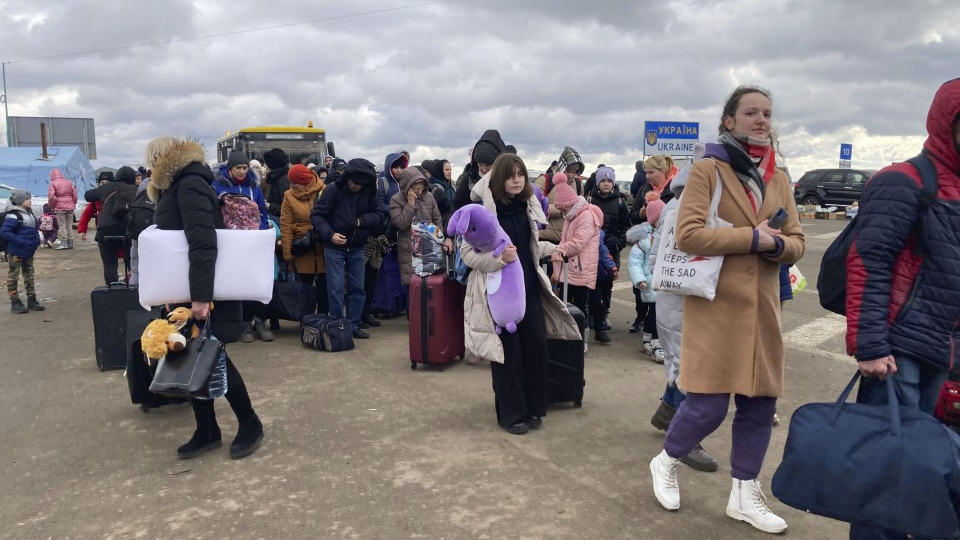 In January, the IMF slashed the global growth forecast for 2022 by 0.5 percentage point from its October estimate to 4.4 percent, with disruptions related to the COVID-19 pandemic and inflation weighing on the United States and China.

Georgieva said Thursday that Russia, now facing "unprecedented sanctions," is seeing an "abrupt contraction" of its economy and is moving into a "deep recession."

The United States, the European Union and other U.S. allies such as Japan have been taking steps to isolate Russia from the global financial system and their economies, including by removing some Russian banks from the SWIFT international payment system and limiting transactions with the Russian central bank.

The United States has also announced a ban on oil and other energy imports from Russia, which is one of the world's largest oil producers.