U.S. President Joe Biden told South Korean President-elect Yoon Suk Yeol on Wednesday that he looks forward to deepening bilateral cooperation in dealing with North Korea and key global challenges such as the coronavirus pandemic during their first phone call since the Asian country's presidential election.

While congratulating Yoon, the South Korean opposition party candidate, on his win in the closely fought race, Biden also affirmed with him the strength of the bilateral alliance, which the White House called "the linchpin for peace, security and prosperity in the Indo-Pacific." 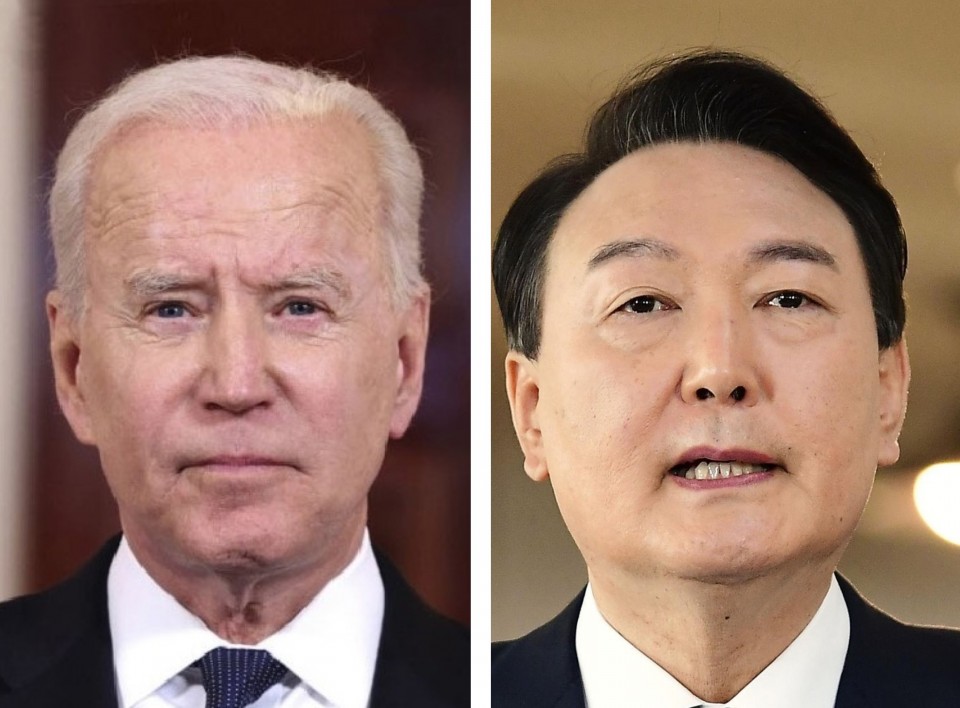 The two agreed to maintain close coordination on addressing the threats posed by North Korea's nuclear and missile programs. Biden also emphasized the United States' commitment to the defense of South Korea, according to the White House.

The White House cited supply-chain issues as among the "global challenges" on which Biden hopes to work with South Korea. Washington is seeking to reduce U.S. reliance on China over key technologies amid their growing military and economic rivalry.

The victory by Yoon of the conservative People Power Party brings an end to five years of progressive rule under South Korean President Moon Jae In. He will take office on May 10 and serve a single five-year term.

The Biden administration is likely to seek to strengthen bilateral ties as well as trilateral ties involving Japan in the face of North Korea's nuclear and missile threats and China's growing assertiveness in the region.

The change in the South Korean administration is raising expectations of increased engagement with the United States and Japan, with Yoon having called for stronger trilateral ties even as relations between the two Asian countries remain soured over wartime history issues.

Yoon's win in Wednesday's race offers the U.S. and Japanese governments "a unique opportunity to proactively engage more with South Korea," said Riley Walters, an expert on East Asia and the Pacific at the Hudson Institute, a think tank in Washington.

Walters pointed out possible opportunities for engagement such as in the technology sector, given the South Korean president-elect's interest in participating in the activities of the Quad -- a group of Indo-Pacific democracies made up of the United States, Japan, Australia and India -- and competing with China.

The areas of cooperation of the Quad members include the supply chain for critical technologies and materials, such as semiconductors.

The Biden administration views the Quad as a "premier" regional grouping promoting a "free and open Indo-Pacific." South Korea, meanwhile, has sought to balance its relations with its most important security ally, the United States, and its key economic partner, China.