Japanese Princess Aiko, the only child of Emperor Naruhito and Empress Masako, reiterated Thursday her aspirations to fulfill her duties "to the best of my ability" at her first press conference since coming of age last December.

Speaking at the Imperial Palace in Tokyo, the 20-year-old princess said she would "value each and every one of my duties," as she offered "heartfelt gratitude" to all those who had supported her journey up till now. 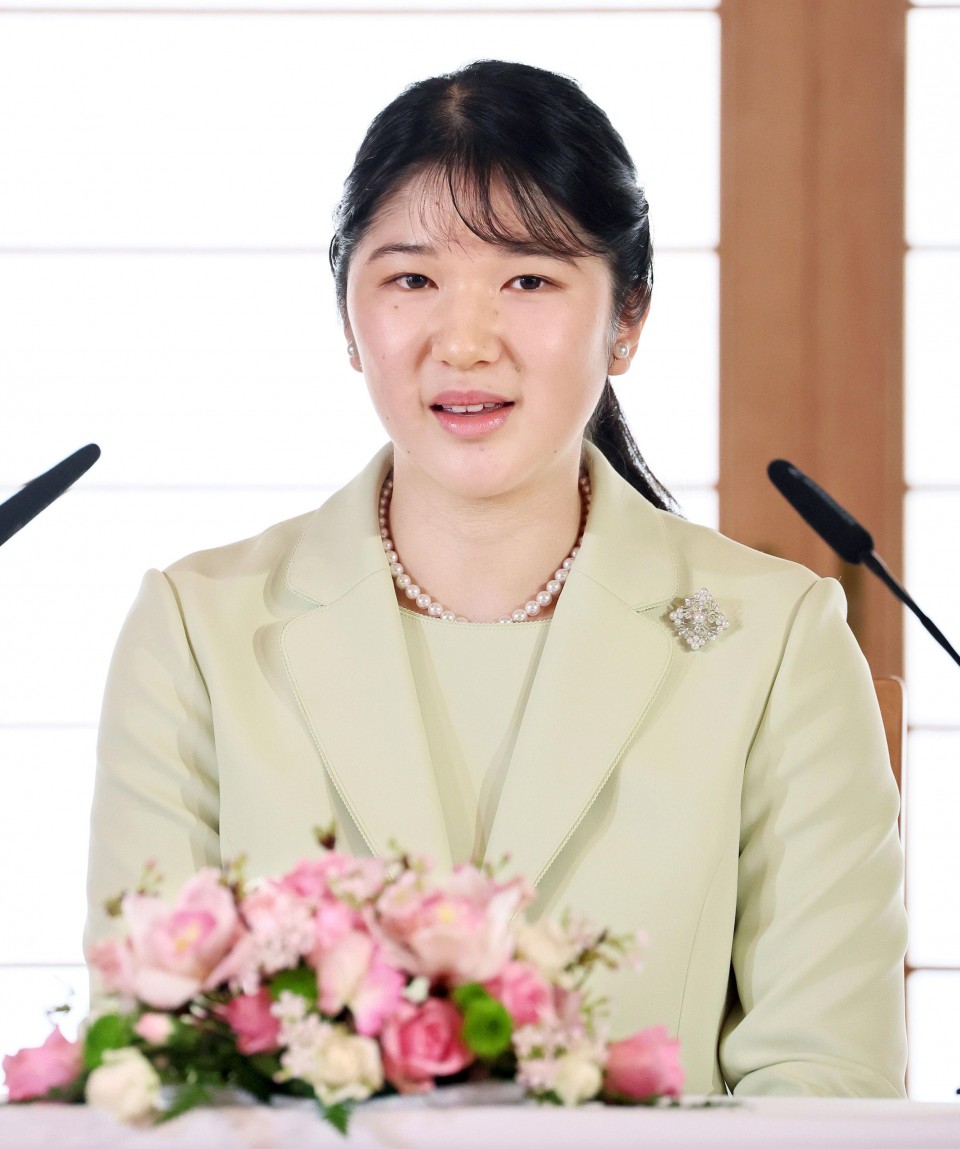 Princess Aiko speaks at her first press conference since coming of age at the Imperial Palace in Tokyo on March 17, 2022. (Pool Photo)(Kyodo)

"(My parents') presence is irreplaceable, and they are always there closest to me, no matter what situation I'm in," she said.

Referring to a press conference in 2002 in which the empress tearfully thanked her daughter for being born, the princess said, "I also want to thank (my mother) for giving birth to me."

Princess Aiko went through official ceremonies to mark her coming of age when she turned 20 in December last year, but the customary press conference, usually held ahead of the birthday, was postponed to mid-March to avoid disrupting her studies.

The princess said she had "felt tense" during the ceremonies, and they made her realize that she "needed to approach each event with a sense of responsibility."

She is currently studying Japanese literature at Gakushuin University in Tokyo, now on spring break. In Japan, 20 is the legal age of adulthood, but it will be lowered to 18 from April.

While the princess said she had not thought about marriage as it was still some way off, she said her ideal relationship would be one "where both parties can make each other smile by being together."

She said shyness and being a little too laid back were among her weaknesses, but added a strength is that "I can sleep anywhere."

At the start of the press conference, which lasted about 30 minutes, the princess expressed sympathy for those affected by a powerful earthquake off northeastern Japan that jolted wide areas of the country on Wednesday night.

Miyagi and Fukushima prefectures were the areas hit hardest by the magnitude 7.4 temblor that struck at 11:36 p.m., leaving at least three people dead and more than 180 injured across 12 prefectures.

Touching also on the Ukraine crisis, she said, "I am very heartbroken that many precious lives have been lost."

The last time a coming-of-age press conference was held was in December 2014 when Princess Kako, the younger daughter of the emperor's brother Crown Prince Fumihito and Crown Princess Kiko, turned 20. 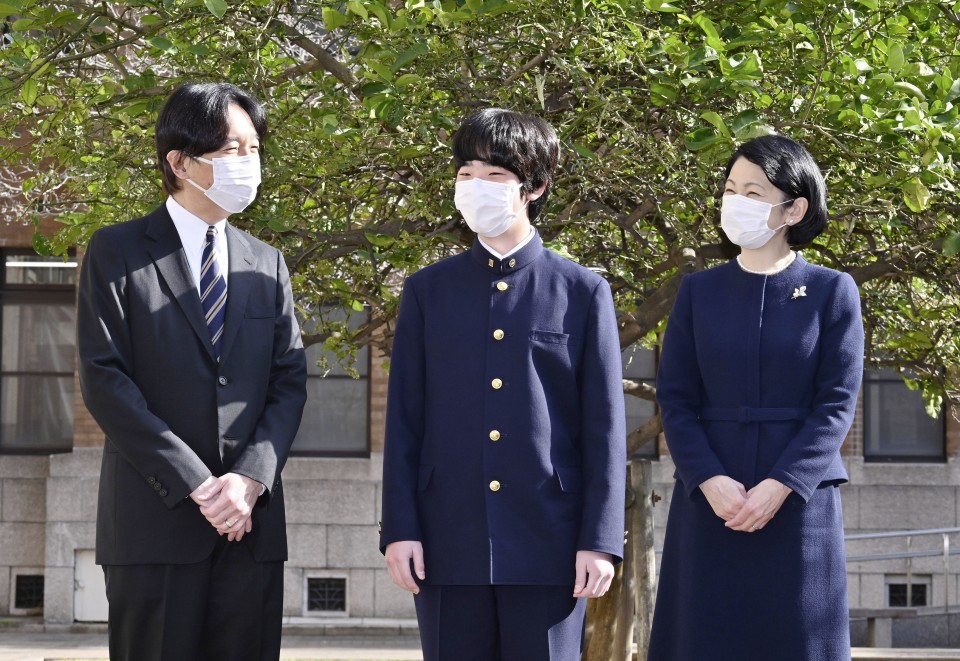 The crown prince's only son Prince Hisahito, who is second in line to the throne, graduated Thursday from Ochanomizu University Junior High School.

He is the only heir of his generation as the Imperial House Law states that only males with male lineal descent from emperors can ascend the Chrysanthemum Throne.

The 15-year-old prince told reporters while on his way to the graduation ceremony with his parents that he had "a fruitful three years with diverse experiences."

Prince Hisahito will go on to attend a high school attached to the University of Tsukuba, known as a highly competitive state-run educational institution in Tokyo, from April.

It will be the first time a member of the imperial family in the postwar era has enrolled at a high school not affiliated with Gakushuin University, established in the 19th century as a school for aristocrats.