Japan to grant entry to war-fleeing Ukrainians without guarantor

The Japanese government is arranging to grant entry to Ukrainians fleeing the Russian invasion even if they have no relative or acquaintance in Japan who can act as a guarantor, government officials said Tuesday.

The government plans to weigh each case on its needs and issue a short-term stay visa on a case-by-case basis as an exception. It will also allow the visa to be changed to one that makes employment possible, if the stay gets prolonged.

There are around 1,900 Ukrainians with Japanese residency status. The entry of displaced persons from Ukraine originally required that their relatives or acquaintances in Japan act as guarantors. Japan had accepted 47 evacuees on this basis by Sunday. 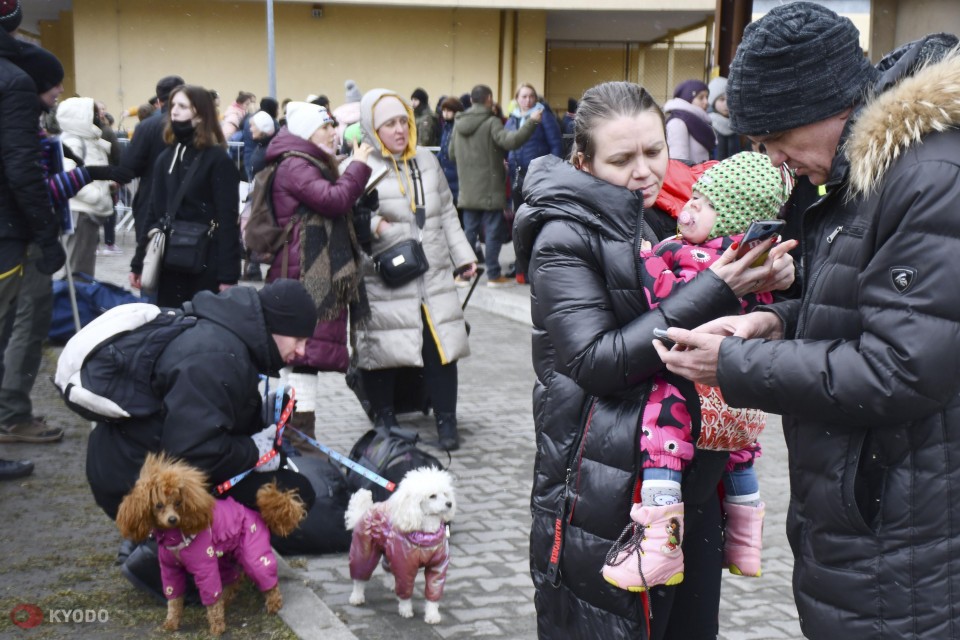 People who fled Ukraine amid the Russian invasion gather in front of a station in Przemysl, southeastern Poland, near the border with Ukraine on March 9, 2022. (Kyodo) ==Kyodo

Prime Minister Fumio Kishida said earlier this month that the government will first allow in people who have fled Ukraine and have relations in Japan. Now the door will also be opened to those who do not, given the humanitarian crisis facing millions of Ukrainians due to the ongoing war.

Foreign Minister Yoshimasa Hayashi stressed at an upper house committee meeting on Tuesday that "even those who have no relatives or acquaintances in Japan will be allowed to enter the country in principle if humanitarian considerations dictate it."

Justice Minister Yoshihisa Furukawa said evacuees who are granted short-term residency for 90 days when entering Japan will be permitted to change their visas to "designated activities" status for one year. The change will give them residency and the legal right to engage in work.

"We will flexibly respond to the visa status, sufficiently taking into consideration the situation facing the evacuees," Furukawa said at a press conference.

The move came as Ukrainian Ambassador to Japan Sergiy Korsunsky and others have called on Japan to allow the Ukrainian evacuees to work.

The 47 Ukrainians were allowed to enter Japan after the prime minister announced on March 2 that the country would open the door as part of its humanitarian response.

The United Nations estimates that more than 4 million people displaced by the war will need assistance in the coming months. Many Ukrainians have fled to Poland, among other neighboring countries.

During a phone conversation with Polish Prime Minister Mateusz Morawiecki on March 2, Kishida expressed plans to handle cases involving displaced Ukrainians without relatives in Japan from a "humanitarian standpoint." 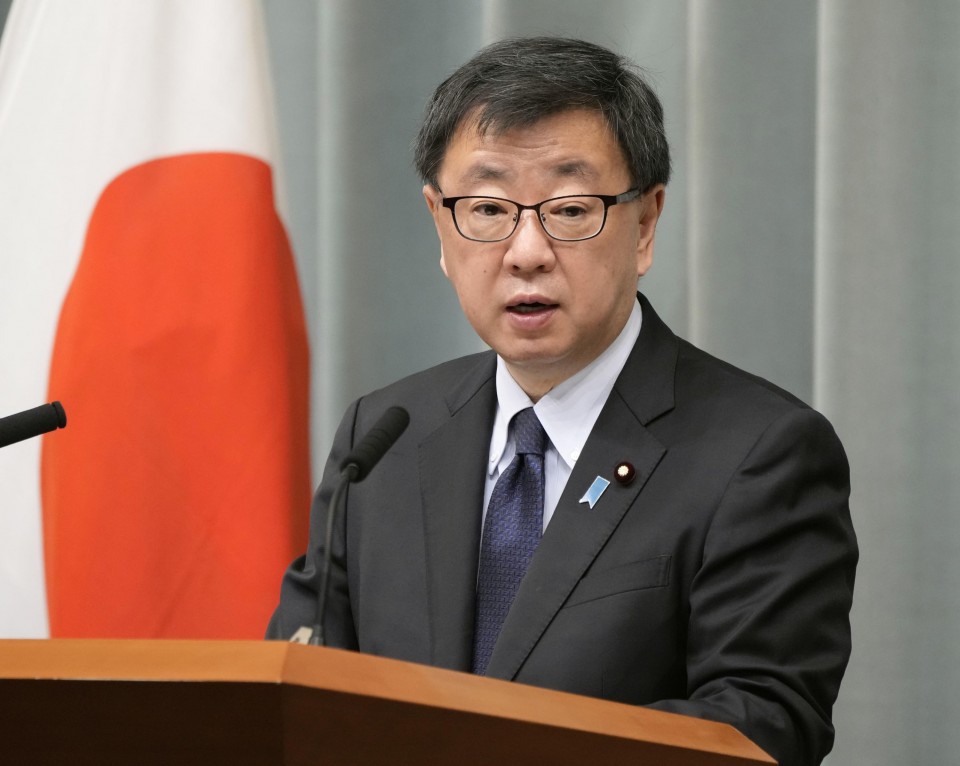 Also Tuesday, Chief Cabinet Secretary Hirokazu Matsuno said the government is "urgently considering the response of the whole government," such as extending support measures to secure the evacuees' accommodations, supply daily necessities, and help them get jobs and study in Japan.

The government will cooperate with firms and local governments that have announced their intention to accept the evacuees and study measures based on requests of people who want to evacuate to Japan, Matsuno said.

People fleeing conflicts have long found a narrow path to attaining refugee status in Japan, with the government traditionally recognizing only around 1 percent of refugee applications, earning criticism from human rights organizations.

In the latest Justice Ministry figure for 2020, out of 3,936 asylum seekers, 47 people were recognized as refugees under the provisions of Japan's immigration control and refugee recognition law. Another 44 were permitted to be in Japan for humanitarian reasons even though they were not granted refugee status.