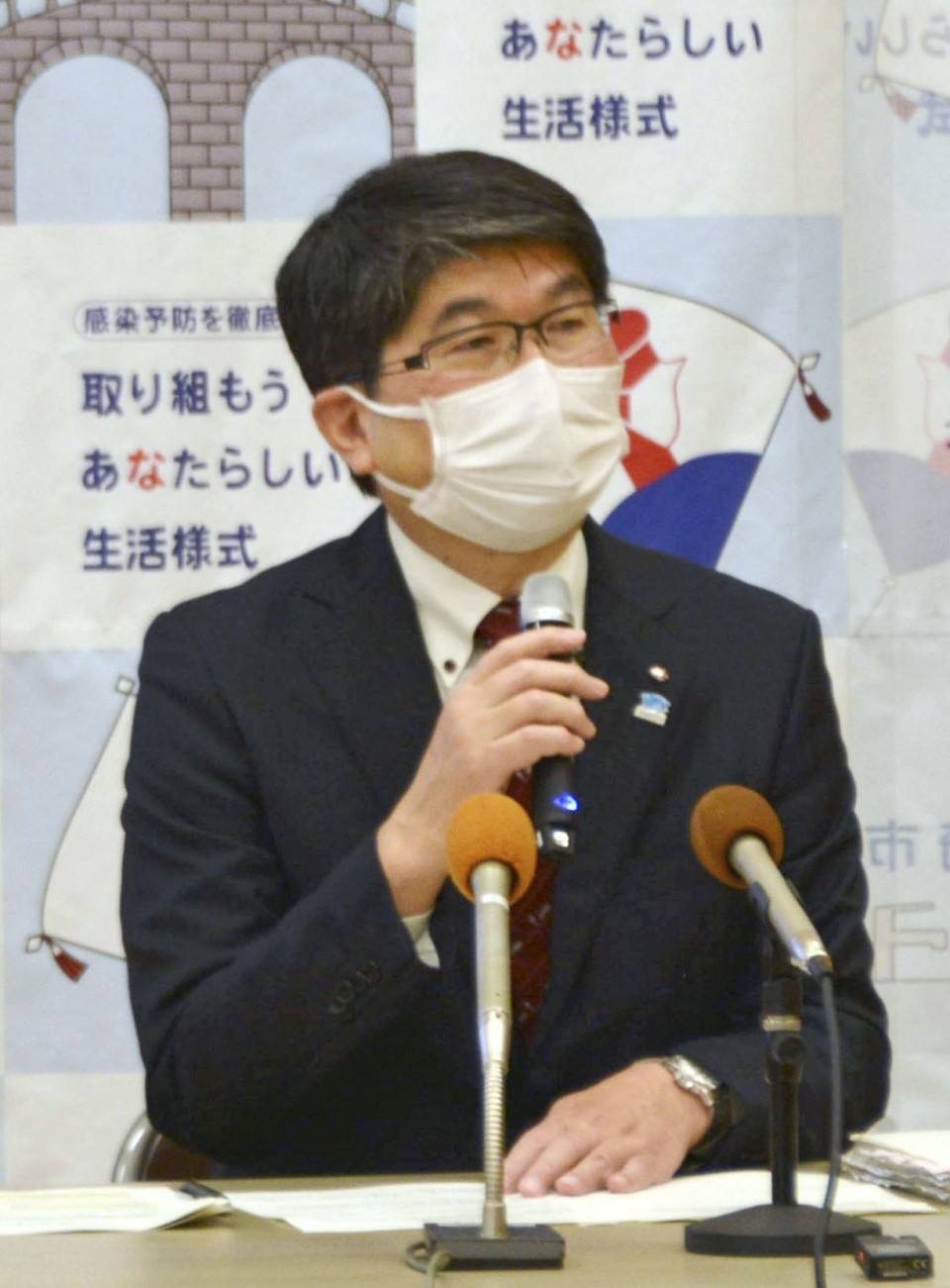 Nagasaki Mayor Tomihisa Taue repeated his call Tuesday for U.S. President Joe Biden to visit the atomic-bombed city during his expected visit to Japan later this year as Russia has threatened to use nuclear weapons in its ongoing invasion of Ukraine.

"We have been consistently saying Nagasaki should be the last atomic-bombed city and I want the president of a nuclear power to appeal (to the world) by saying, 'Let's make this place the last,'" Taue told a press conference in the southwestern Japanese city that suffered a U.S. nuclear attack in 1945.

His fresh request came after U.S. Ambassador to Japan Rahm Emanuel said Saturday Biden would be eager to visit either Nagasaki or Hiroshima, the other city atomic-bombed by the United States in the final phase of World War II.

The Japanese government is trying to arrange Biden's first visit to Japan in around late April. Together with Hiroshima Mayor Kazumi Matsui, Taue made the request for the U.S. leader to visit their cities during a meeting with Foreign Minister Yoshimasa Hayashi in Tokyo last week.

Taue said he will make "utmost efforts to realize" Biden's Nagasaki visit at a time when "everyone in the world has a sense of crisis over the potential use of nuclear weapons."

Japanese Prime Minister Fumio Kishida and Emanuel pledged unity of their countries against the use of nuclear weapons in their visit to the Hiroshima atomic bomb memorial on Saturday.

The ambassador also expressed his hope to visit Nagasaki, telling reporters during the Hiroshima tour his journey will not end until he visits the other atomic-bombed city. 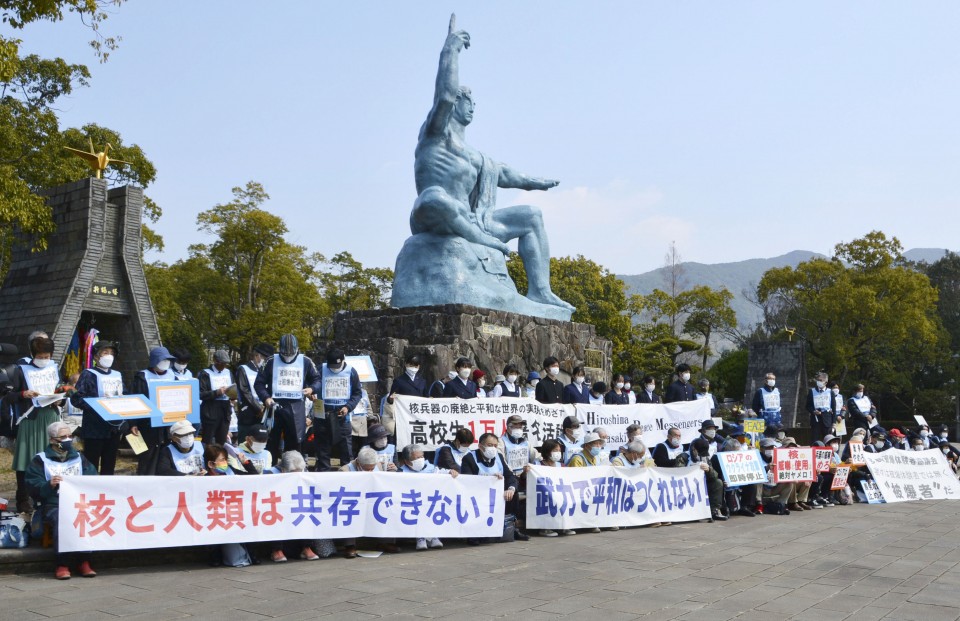 An anti-nuclear rally is held at Peace Park in Nagasaki, southwestern Japan, on March 9, 2022. (Kyodo) ==Kyodo

Meanwhile, one of the five groups of atomic bomb survivors in Nagasaki Prefecture is set to dissolve later this week due to the advanced age of its members, a source close to the matter said Tuesday.

The group known as Yuaikai was established in August 1979, calling for the expansion of state-designated areas devastated by the 1945 U.S. atomic bombing in the city for further support of victims and aid to people exposed to the attack outside of those areas.

"I would like to pay tribute to their past activities. I feel very sorry that the role of the organization has come to an end and its form is changing," Taue said at the press conference. "I strongly feel that an era without any atomic bomb survivors is approaching."

The average age of atomic bomb survivors in Japan was 83.94 years as of late March last year, according to the Ministry of Health, Labor and Welfare.