Ghibli's Suzuki honored for work in animation at Annie Awards

Toshio Suzuki, a producer and co-founder of Studio Ghibli, won one of the highest honors for his contributions to the art of animation at the 49th annual Annie Awards on Saturday. 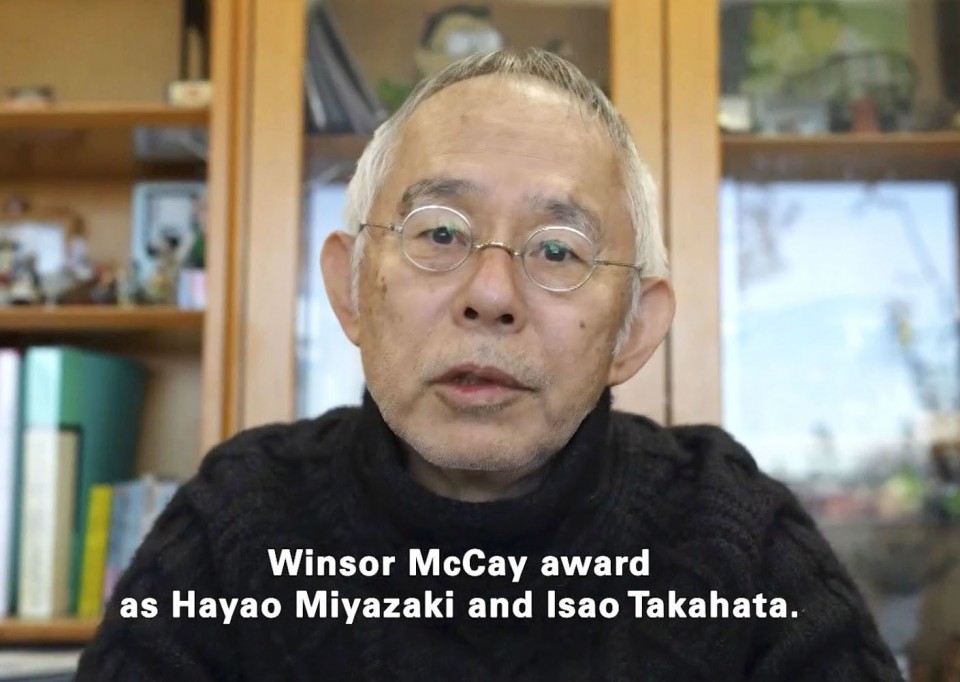 "I am extremely happy because this is a prestigious award that Hayao Miyazaki and Isao Takahata have also received," said Suzuki, talking about his longtime colleagues at the Japanese studio, during an award ceremony held virtually.

Meanwhile, Sayoko Kinoshita and her late husband Renzo, who founded the Hiroshima International Animation Festival, received the June Foray Award, getting recognition for making a significant impact on the art and industry of animation.

None of the three Japanese anime nominated in the Best Animated Independent Feature category received any prize. They were "Belle," "Fortune Favors Lady Nikuko" and "Pompo the Cinephile."

The category covers animated films with a smaller distribution than major studio releases, shown at fewer than 1,000 theaters in the United States.

"The Mitchells vs. The Machines," Sony Pictures Entertainment Inc.'s animation for Netflix, proved a big winner this year, receiving awards in a total of eight categories including Best Animated Feature as well as best direction in an animated feature production.