South Korea's defense ministry on Friday said it has detected activity at North Korea's nuclear test site to restore tunnels that were dismantled in 2018.

In May 2018, North Korea said it had demolished the Punggye-ri site, which the secretive regime had announced it would close the previous month, apparently to signal its commitment to denuclearization.

But subsequent direct talks between North Korea and the United States on Pyongyang's denuclearization failed to make headway before then President Donald Trump left the White House in January last year. 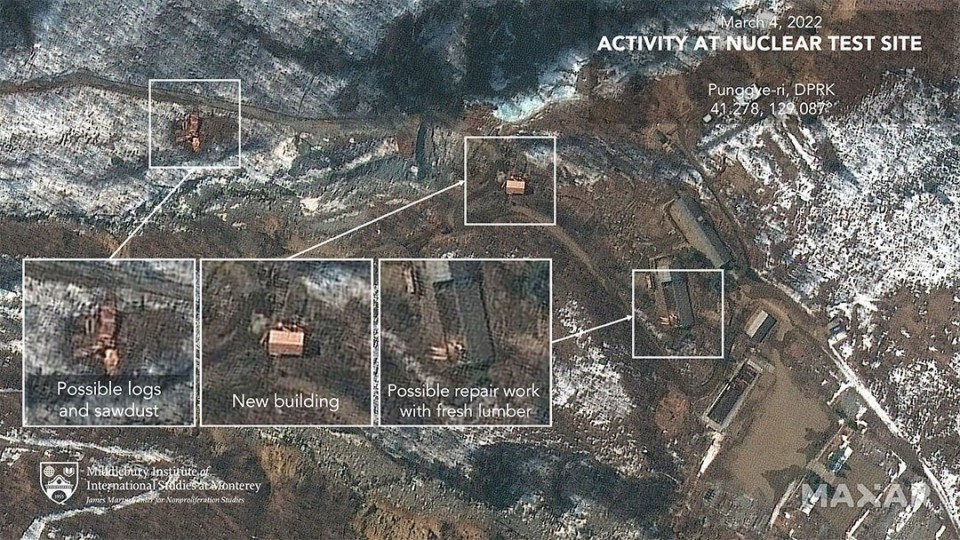 Earlier this week, a U.S. nuclear expert said construction is under way at the test site for the first time since the announcement of its closure, based on commercial satellite photos.

North Korea hinted in January that it could resume nuclear and intercontinental ballistic missile tests, both of which were last conducted in 2017, saying it should take "practical action to more reliably and effectively increase our physical strength" to counter the United States.

The tour program to the mountain was a major inter-Korean cooperative project, and the move to get rid of the facilities is likely to stoke tensions with South Korea, which on Wednesday elected Yoon Suk Yeol of the country's conservative main opposition People Power Party to succeed President Moon Jae In.